For peacekeeping forces in Africa, the days of simply patrolling a ceasefire line or keeping local armies apart are over. Their assignments today increasingly include protecting civilians, confronting violent extremism and even engaging in what amounts to counter insurgency. These new burdens demand better preparation of troops headed for missions and clearer thinking by those who send them, Ghanaian Army Colonel Emanuel Kotia, a leading trainer of African peacekeepers, said at a U.S. Institute of Peace forum.

Kotia, who heads academic training at the Kofi Annan International Peacekeeping Centre in Ghana, said that making peace operations more effective will require rethinking many aspects of the task—from the terms of United Nations or African Union mandates to preparing for the weather in operational zones. First and foremost, peacekeepers must learn to analyze and understand the nature and causes of a conflict before attempting to manage its violent consequences, he said.

“This is a process that must be strengthened at the African level,” said Kotia, the author of “Ghana Armed Forces in Lebanon and Liberia Peace Operations,” an analysis of the role Ghanaian troops played in those countries.

The discussion at USIP on March 11 took place amid growing focus on the capabilities and need for peace operations, particularly following the alleged sexual exploitation and abuse by peacekeeping troops and a massacre of internally displaced people in a South Sudan camp under the protection of U.N. forces. In June, the U.N. received policy recommendations from a High-level Independent Panel on Peace Operations and in September, President Barack Obama convened a “Peacekeeping Summit” during the U.N. General Assembly, which ended with more than 170 pledges for additional troops, logistical and financial contributions.

U.N. Secretary General Ban Ki-Moon asked for the high-level review—the first of peace operations in 15 years—as the demand for peacekeeping forces rose to a record. More than 100,000 troops are deployed in 16 missions—the greatest numbers in Congo, Sudan and South Sudan, according to U.N. data.

The review concluded that peacekeeping operations often take place where “there is little or no peace to keep.” More broadly, “the strain on their operational capabilities and support systems is showing, and political support is often stretched thin. There is a clear sense of a widening gap between what is being asked of United Nations peace operations today and what they are able to deliver.”

Kotia’s views, which largely overlap with the high-level panel’s 404-page report, spring from his experience commanding peacekeeping troops and his role as a front-line trainer.

USIP also trains peacekeepers in Africa, teaching conflict analysis, negotiation, mediation and protection of civilians. The institute’s Academy for International Conflict Management and Peacebuilding has conducted 124 trainings for over 4,000 peacekeepers from 20 countries deploying to 8 African Union and United Nations missions. The sessions are part of the State Department’s African Contingency Operations Training and Assistance (ACOTA) program, which also supports the Kofi Annan center.

“Contingents often follow national directives rather than orders from force commanders,’’ said George Moose, the vice chairman of USIP’s board of directors, who moderated the panel. “Unfortunately, in the world of contemporary peacekeeping operations in Africa and elsewhere, such ‘caveats’ are a major thorn in the side,” said Moose, who served as ambassador to Senegal and Benin and was assistant secretary of state for Africa during the administration of President Bill Clinton.

Ghana follows the force commander’s orders and is considered in every way a model contributor to peace operations, said Paul Williams, a George Washington University professor and expert on international peacekeeping and African security. The West African nation has deployed about 80,000 military troops and police on 30 operations since the 1960s to places such as Cambodia, Haiti, Congo and Kashmir, Williams said. Its army of 11,000 routinely has about 3,000 soldiers on peacekeeping deployments at any given time, he said.

Williams said a debate continues among experts in the peacekeeping field about how and when to use military force—a question linked to how peace operations should even be defined.

In addition to mandates for atrocity prevention and civilian protection, others are “effectively like counter insurgency and get very close to counterterror in Mali and Somalia, in particular,” he said.

“We’ve seen mandates that are about state expansion and consolidation, where the state isn’t viewed as a neutral player”—operations that he said “essentially mean conflict generation” in some parts of certain countries.”

The range of mandates can blur the boundaries between peacekeeping and war fighting. The growing assertiveness of the African Union is accelerating the trend, Williams said, as it seeks to actively fight the extremist group al-Shabab in Somalia and the brutal Lord’s Resistance Army in Central Africa while organizing a mission to combat Boko Haram around Lake Chad.

“We know, if we just look at the number of fragile states, that at any given moment there is going to be a need and demand and requirement for the international community to respond,” Moose said.

Two months after the White House invited 50 heads of state to Washington for the first U.S.-Africa Leaders Summit on Aug. 4-6, observers on both continents are asking, “What did the summit achieve, and how will any gains made be leveraged?” USIP asked several prominent Africans who have worked with the Institute over the years for their reflections. 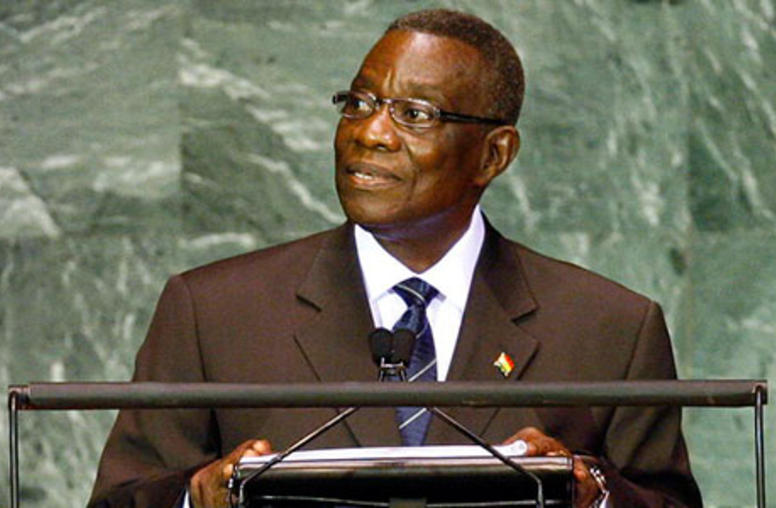