Afghanistan faces a fiscal crisis due in large part to worsening domestic revenue shortfalls. Averting this crisis will require strong leadership from the new Afghan government that will be replacing the Karzai administration. The country’s revenue system and collections need to be improved, corruption reduced, new revenue sources developed and expenditures cut. More international aid also is needed to help stabilize Afghanistan’s budget as the government undertakes these reforms.

As Afghanistan’s political transition drags on with the delay in finalizing the outcome of the presidential election, the country faces severe budgetary problems that risk becoming a full-blown fiscal crisis. There has been a hemorrhage of domestic revenue, which peaked at 11.6 percent of gross domestic product (GDP) in the 2011–12 fiscal year following impressive growth over the previous decade, but fell to 9.5 percent in 2013. In the first six months of 2014 revenues further shrank by 1.5 percent in nominal terms, falling 21.5 percent short of the half-year budget target.1 Declining customs revenue has been the most important factor, reflecting lower imports2 partly explained by slower economic growth, but also by diversion of more imports into smuggling and leakages of customs revenue due to corruption. Uncertainties over the political and security transitions—leading to short-termism, stopping business investments, and putting off purchases of imported durable and luxury goods—undoubtedly have contributed further to lower customs receipts. These uncertainties have been exacerbated by Afghanistan’s failure to sign the Bilateral Security Agreement with the United States and by the recent White House announcement that residual US troops will be withdrawn from the country by the end of 2016.

In 2011 Afghanistan’s domestic revenue was projected to subsequently rise as a share of GDP,3 not fall. A conservative estimate of the loss of revenue compared to the 2011 outlook is around US$800 million this year. If revenue shortfalls continue through the rest of 2014, the annual loss could reach $1 billion,4 and the cumulative loss since 2011 will be much more than that.5 Furthermore, the 2012 commitments of international civilian and security aid, made in Tokyo and Chicago respectively, were based on the relatively optimistic fiscal outlook coming out of 2011, with associated expectations of further robust revenue growth, which unfortunately has not materialized.

The massive fraud and theft at Kabul Bank6 has had serious fiscal consequences, as the Afghan government had to step in and guarantee the bank’s deposits. The estimated potentially recoverable lost and stolen assets amounted to just over $1 billion in 2010; after some recoveries and write-downs, the remaining potentially recoverable assets as of early 2014 were estimated at about $680 million.7 The very slow asset recovery, along with the minor punishments meted out to some of those principally responsible for the fraud, have sent a negative signal about the Afghan government’s commitment to good governance and sound fiscal management.

Another source of fiscal losses is the ongoing exploitation of mineral resources without paying royalties and taxes. This does not refer to mega-resources such as the Aynak copper and Hajigak iron mines, which are expected eventually to deliver large revenues for the Afghan budget but have been long delayed and will not get fully underway for years. Under government-awarded contracts, companies are currently exploiting valuable smaller resources, such as gold deposits. Abuses are occurring and contracts are not being observed, or are being changed in favor of the companies concerned after being awarded. Some companies apparently have extracted resources under the guise of exploration, without paying royalties and taxes.8 The associated fiscal losses cannot be quantified precisely, but could amount to tens of millions of dollars per year. Other examples of revenue losses include illicit logging and timber smuggling, gemstone exploitation, and labeling fuel imports for tax-free international military use but ultimately selling them on the commercial market.

The late U.S. senator Everett Dirksen once famously quipped, “a billion here, a billion there, and pretty soon you’re talking about real money.” In Afghanistan, however, $1 billion is real money, and losing it carries grave consequences. It is equivalent to about 5 percent of the country’s GDP, close to half of existing budget revenue, and well over half of development budget spending. Afghanistan cannot afford such losses, especially as past massive international assistance is declining. The Afghan government’s fiscal underperformance also sends a negative signal to donors, discouraging them from maintaining aid, let alone increasing it.

Responding to and Coping with the Fiscal Crisis

What can be done? The budget situation has been worsening for the past three years, and turning it around will take time. Some immediate actions, however, can make a difference, along with policy measures that can improve Afghanistan’s fiscal position over the medium term.

First, a legitimate, credible new Afghan government coming into office is essential. The outgoing Karzai administration’s ability to take meaningful fiscal action is quite limited. A timely and positive conclusion to the presidential election will provide much-needed political stability and a potential time horizon of five years for the new administration. This, in turn, will stabilize expectations for individuals and businesses, encouraging purchases, imports, and business investments and perhaps reversing the ongoing massive capital flight from Afghanistan—all of which will have positive implications for revenue.

Second, the quality of leadership and management in key government institutions—especially the Ministry of Finance and the Central Bank—has been and will continue to be critical for success.9 The Minister of Finance and Central Bank governor and their management teams will need to be up to the task of navigating a very challenging fiscal and economic situation, and empowered to do so.

Third, urgent measures are needed to turn around poor revenue performance. The short-termism and apparently growing corruption that have crept in during the transition must be reversed. If, as expected, there is some recovery of demand, imports, and private investment after the new administration is inaugurated and the Bilateral Security Agreement with the United States is signed, the government will have to capture commensurate revenues from this revival of economic activity. Cooperation among different agencies, such as customs and border police, to reduce smuggling and contain revenue leakages will be essential, requiring strong signals from the top about the importance of revenue collection. There may also be some limited options to exploit new revenue sources, such as excise taxes on selected luxury goods or those with adverse health effects.

Fourth, accelerated recovery of remaining stolen and lost Kabul Bank assets should be made a priority. If half of them can be brought into the government’s coffers during the next several years, this would amount to over $100 million per year of extra fiscal space for the budget.

Fifth, reforms of the revenue system need to begin so they can start having positive results in coming years. The long-planned introduction of a value-added tax will improve the tax system and increase revenue yields over time. Reform of the revenue and customs services, perhaps including separating them from the regular Afghan civil service and providing appropriate remuneration and incentives, may be another option worth considering.

Sixth, expenditures will need to be cut. Adverse revenue trends can be reversed, but the lost rev-enues since 2011, even if partly offset by some additional aid (see below), will not be made up anytime soon. It will be painful for a new government to come into office and have to engage in austerity from the start, but identifying and cutting unnecessary and wasteful expenditure, and meaningfully prioritizing programs within a tight resource envelope, will be essential.

Seventh, additional international fiscal support will be required to help stabilize the Afghan budget in the short run. Shifting more aid resources onto the budget is a good option and would not necessarily require increasing total aid. Linking higher resources from donor partners for the Afghan discretionary budget to increases in domestic revenues and accelerated Kabul Bank recoveries would make sense.10

Finally, political compromises that may need to be made in forming a government of “national unity” cannot become an obstacle to action; the new government will have to effectively take on a small number of urgent policy priorities requiring difficult decisions, and addressing the looming fiscal crisis certainly is one of them.

Last week’s conference in Tashkent, Uzbekistan was originally supposed to focus on regional connectivity in South and Central Asia. But the Taliban’s surge in recent weeks consumed the regional conference and has many in the region wary of what’s next. As U.S. and NATO forces draw down their military presence in Afghanistan, the country’s northern neighbors have witnessed Taliban fighters swiftly overrun most of the rural parts of northern Afghanistan, establishing control over nearly all of the 1,500-mile border between Afghanistan and Turkmenistan, Uzbekistan and Tajikistan. By all indications, Central Asian states are preparing for a new reality in Afghanistan, one where the Taliban control most, if not all, of the country.

For the last two decades, U.S.-Pakistan relations have been defined by the war in Afghanistan and counterterrorism concerns. With the United States military withdrawal almost complete, the relationship should broaden to focus on other issues important to both countries and the broader South Asia region. The Afghan peace process, however, will continue to be an important component of U.S.-Pakistan relations, said Pakistan’s envoy to the United States on Wednesday. “Afghanistan, for some time, did become [a point of] contention in our relationship. But today, clearly, Afghanistan is a [point of] convergence between Pakistan and United States” as both want to see peace and stability, said Ambassador Asad Majeed Khan. 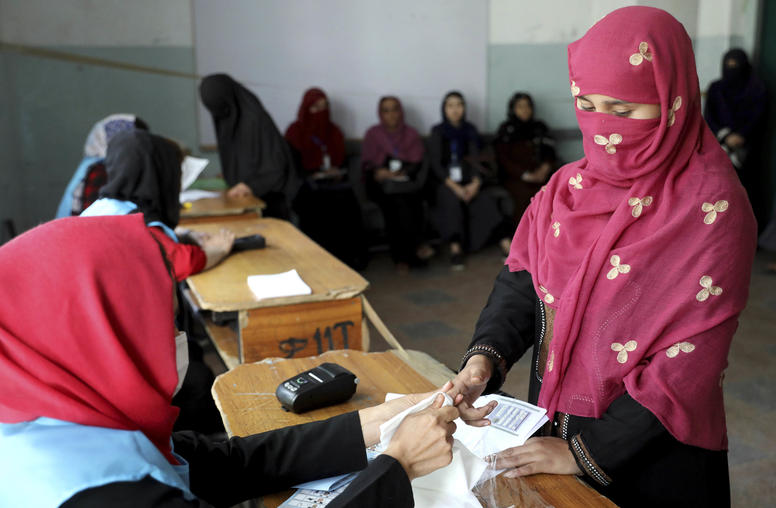 Stable democracy may be an elusive prospect in Afghanistan, but that in itself is no reason to stop talking about it. Although many Afghans might well prioritize security from violence over elections in the short term, voting rights are still widely valued across Afghanistan. This report examines the country’s recent history with elections, democracy, and democratic institutions, and argues that because democracy has a past in Afghanistan, there is good reason to continue to support it. 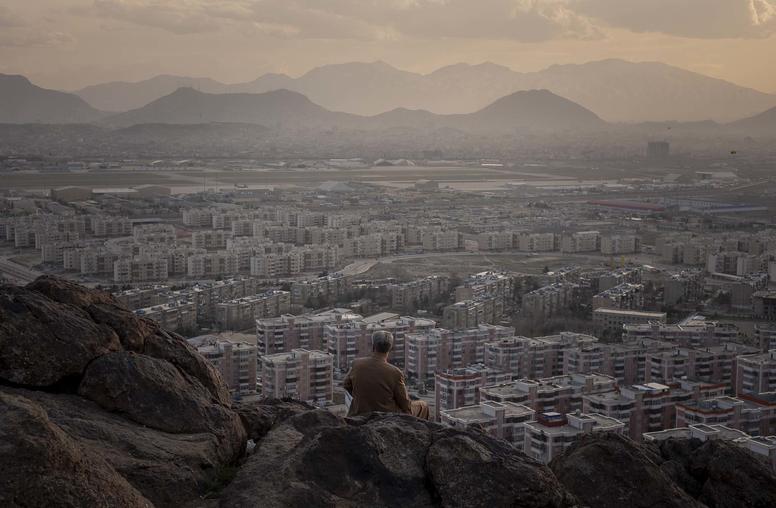 As American troops leave Afghanistan, U.S. policymakers are trying to find other tools to advance peace between the Taliban and the Afghan government. One possible instrument is financial aid, which poured into Afghanistan during the 20-year international military presence in the country. There is, however, no guarantee that aid can help shape events. Certainly, a sudden cutoff of security and civilian support would trigger state collapse. Otherwise, though, expectations should be modest: Experience — in Afghanistan and elsewhere — shows aid has limited impacts, especially amid heavy fighting. The best course for now is to keep assistance at least at its current level, particularly for the Afghan budget, retain flexibility and keep funding available to facilitate moves toward peace and address humanitarian emergencies.