Afghanistan's April 5 election could create space for political elites to address root causes of the country's continuing crisis, despite the past divergence between Afghan and international views on what elections can accomplish. With more realistic expectations, informed in part by a better understanding of the 2009 elections, the Afghans may be more determined to take this possibly final opportunity to rescue themselves from a political implosion.

Scott S. Smith is the Director for Afghanistan and Central Asia Programs at the U. S. Institute of Peace. He has written and commented frequently on Afghan elections and democratization. He is the author of “Afghanistan’s Troubled Transition: Peacekeeping, Politics and the 2004 Presidential Election.” This Peace Brief is based on a paper prepared for a conference in Kabul on February 27, 2014, that was hosted by the Afghan Institute of Strategic Studies.

Each Afghan election since 2004 has seen the international community make claims to have as much stake in their success as Afghan voters and politicians do. This does not mean that democracy was imposed on Afghanistan by the international community.2 But it does suggest that whatever democracy means to Afghans, its development has taken place within the tight embrace of international, and particularly western, conceptions of democracy. It also suggests that a divergence between these conceptions harms the development of Afghan democracy. The degree to which the upcoming presidential election can resolve the political crisis in Afghanistan will partly depend on whether greater convergence can be developed between international and Afghan understandings of democracy.

Elections were a fundamental part of the state-building roadmap that Afghans defined under international auspices at the December 2001 Bonn conference. The elections that have been held so far have not added much legitimacy to Afghan governing institutions, but they have undermined the relationship between Afghanistan and its international backers, contributing to the current political crisis.

The 2004 presidential election gave Karzai a popular mandate for the first time3 and the election the following year of a parliament gave Afghanistan all the trappings of democratic legitimacy with which the government could make full claims to sovereignty. A series of misunderstandings then contributed to worsening the relationship between Karzai and the international community. The international community, which had intended to use the first electoral cycle as an exit strategy from Afghanistan, instead found itself expanding its military and civilian commitments to grapple with an insurgency that had significantly expanded.

Karzai had come to believe that his administration of the country was being undercut by unilateral international decisions, while policymakers in the Washington and in other capitals who had devoted significant resources to Afghanistan increasingly believed that Karzai was the primary obstacle to his country’s stability.4

Washington was quite public about its growing frustration with Karzai. He interpreted these statements, along with more visible measures such as the participation of high-level U.S. officials at the campaign rallies of opposition candidates, as evidence of an effort to unseat him through the electoral process.5

Ultimately, the 2009 presidential election satisfied no one: the massive fraud that took place discredited electoral institutions; the effort to address the fraud reduced Karzai’s vote below 50 percent and tainted his re-election; Afghan voters perceived the result to be both the product of local fraud and international meddling; and the international community saw the fraud as confir-mation of a deeply corrupt state that seemed increasingly unworthy of international support.

After 2009, as the insurgency spread and the Afghan state continued to underperform, the international community—now resolved to extricate itself from Afghanistan—developed two strategies to obtain a sufficient level of stability to allow an honorable exit. The first was the “transition” by which international combat troops would withdraw by 2014, though the Afghan state would continue to receive significant financial support for its civilian and military institutions. The second was a “reconciliation” process to achieve a negotiated settlement with the insurgency, with the implication that this might require changes to Afghanistan’s constitution.

These two projects were fundamentally contradictory. The former presumed an Afghan state of sufficient strength to maintain its current constitutional order and withstand the insurgency, while the latter presumed an insurgency that could not be degraded by the existing state, which instead would need to negotiate a new political order that would likely require consequential amendments to the constitution.

For a time, it was practically possible to implement both strategies simultaneously without the contradictions undermining one or the other. Two sets of negotiations were therefore set in motion, one under the logic of transition and the other under the logic of reconciliation. Both were held with the object of achieving a result before the 2014 presidential election and the end of Karzai’s second and final mandate as president. Both have failed. The reconciliation track foundered in the sloppy opening of the Taliban “political office” in Qatar in June 2013. Then the negotiation of the BSA between the Karzai government and the United States—which would allow the maintenance of a residual international training force and set the conditions for the delivery of financial assistance to Afghanistan’s army and police—faltered with Karzai’s unexpected refusal to sign the negotiated text.6

Elections to Unblock the Political Crisis

As a result of these failures, the only political event that retains any potential to resolve Afghanistan’s crisis is the 2014 presidential election. At the very least, the election could allow Afghan political elites to extend the political order and obtain sufficient legitimacy to pursue either or both of the two stability tracks that are now blocked.

Notwithstanding the obvious need for this election to go well, the run-up has exposed for the first time a fault-line between Karzai and Afghan political elites that will complicate the election’s outcome. In particular, by refusing to sign the BSA until after the contest is finished, Karzai is working against the interests of the rest of the elites and raising the stakes of this election.

Signing the BSA before the election would have imposed obligations on the international community, binding its members even if the election were conducted poorly. Without a signed agreement, the elections bear a greater burden to demonstrate that Afghanistan merits sustained international support. Poorly-run elections and a botched political transition would give weight, perhaps decisively, to those in western capitals who argue that supporting Afghanistan’s government is simply a waste of money.

If the future rests on holding a successful election, then the experience of 2009 is not encouraging. That year, more than 20 percent of the votes cast were invalidated due to fraud, and the process of invalidation led to several months of crisis and brinkmanship.

A more nuanced understanding of the 2009 election, however, as well as several positive developments since then, provides some basis for cautious optimism. It could also help bring international expectations more in line with realistic improvements in Afghan electoral performance. First, obscured in the open dispute about fraud in 2009 was the fact that the Independent Election Commission (IEC) had become a surprisingly competent institution at the operational level. The problem with Afghan elections was not technical failure but rather crass political interference.

Second, the IEC has demonstrated that it can withstand political pressure from the palace and uphold the law. In 2009, the IEC complied with an order issued by the Electoral Complaints Commission (ECC) to rescind its initial decision to include fraudulent ballots in the final count. It could have constructed a plausible legal argument to reject the order on grounds that it was a solely Afghan body whose legal mandate was found in the Constitution, while the ECC was only authorized by the electoral law and had foreigners as a majority of its commissioners. In the 2010 parliamentary election, the IEC withstood months of pressure and defended its independence and the official electoral result against an attempt by the palace to engineer a different outcome. There is hardly any other Afghan institution that has faced such pressure and resisted it in the name of institutional independence and the rule of law. The same cannot be said of the judiciary, for example.

Third, new factors in 2014 could improve the quality of the election. These include far superior electoral preparations (including legislation enacted by parliament rather than by decree); a more organized and coherent political opposition; a more urbanized and perhaps informed Afghan population; and the critical fact that Karzai cannot run again and so his influence over electoral institutions after the first round should be much less than it was in 2009.

Finally, anecdotal and some polling evidence both suggest that many Afghans are proud that their country has joined the ranks of democratic states,7 however imperfect their elections have been. For a country that has, in a few short decades, experienced monarchy, a presidential republic, anarchy and a theocracy, democracy now seems to be welcomed as the most hopeful and even practical political system.

An election seen as legitimate by both Afghans and the international community—based on realistic expectations—would create a chance for new ideas of governing to end some of the most pernicious political practices of the past, improve the partnership with the international community and perhaps provide a sufficient basis of legitimacy on which to negotiate a political solution with the Taliban. It could, at last, set the stage for reconciling the contradictory policies of “transition” and “reconciliation.”

Pessimists might argue that all this is too much to ask of a traumatized population with little democratic experience. Realists would counter that we have reached a point where an election that demonstrates both inclusiveness and integrity is the best one can hope for. For once, however, the international community, Afghan political elites and a large number of Afghan citizens seem far better aligned on what is required from this election, as well as more realistic in their expecta-tions. Hopefully, the Afghans will also be more determined to make the most of what might be the final opportunity to rescue themselves from a political implosion and entrenched crisis. 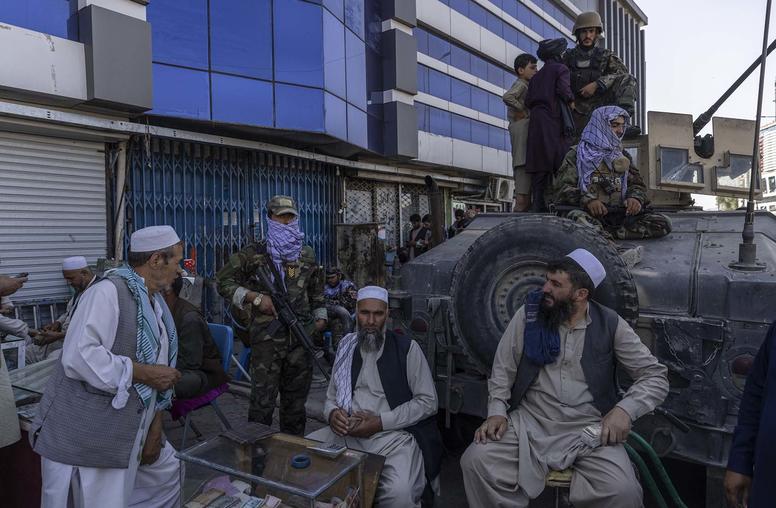