Background: The Democratic Republic of Congo (DRC) gained independence from Belgium in 1960. The years from 1960 to 1966 were marked by violence and political crisis causing the death of some 100,000 people. A secessionist war with the province of Katanga was exacerbated by colonial proxy conflicts between the United States and the Former Soviet Union, and a large United Nations peacekeeping operation was not able to maintain peace. Colonel Mobutu Sese Seko gained power in (then Zaire) in 1965 and led the country for 32 years. During his rule, the political elite plundered the natural wealth of the country. With the support of predominantly Tutsi Rwanda, Laurent Kabila led a rebellion ousting Mobutu in May 1997. Kabila then began purging ethnic Tutsi from the government. In response, Congolese Tutsi rebels instigated violence and civil unrest, beginning in August 1998, with the support of Rwandan troops. Kabila was assassinated in January 2001 and was replaced by his son, Joseph Kabila. A transitional government was established in 2003, but it failed to halt violence in the eastern provinces. Massacres continued to take place in Ituri province despite the presence of UN troops. Conflict-related deaths causes continued to rise, and tens of thousands of women and girls suffered crimes of sexual violence. The United Nations peacekeeping mission, MONUC, helped organize Congo’s first democratic elections in July 2006.

The DRC established a truth and reconciliation commission in 2003, partly as a result of political deal-making during the transitional government. The Comprehensive Peace Agreement signed in December 2002 created the framework for the truth commission as one of five institutions “supporting the democracy”. The inclusion of a truth commission mechanism in the peace agreement was lobbied for by Congolese civil society groups.

Charter: The Comprehensive Peace Agreement signed in December 2002 created the framework for the truth commission. Articles 154-160 of the Transitional Constitution tasked the commission to establish the truth among conflicting versions of history and to promote peace, reparation, and reconciliation. Article 160 stipulates that the specificities of the truth commission would be determined by an organic law. Until more than a year after the establishment of the commission, it was operating without such a law. On July 30, 2004, the mandate (law no. 04/018) was enacted by President Kabila.

Mandate: According to Article 155 of the Transitional Constitution, the mandate of the Truth and Reconciliation Commission was to “promote consolidation of the national unity”. The commission was set up to examine the political, economic, and societal conflicts between the country’s independence in 1960 and the conclusions of the peace agreement in 2003. The commission was also expected to contribute to the compensation of victims.

Commissioners and Structure: The commission had twenty-one members, and eight of them were “Members of the Bureau”. These eight members were selected to represent each of the parties of the Inter-Congolese Dialogue and were approved by the National Assembly. The other members were religious leaders, representatives of scientific associations, women’s organizations and other civil society groups with objectives similar to the commission. The commission was presided by Bishop Jean-Luc Kuye Ndondo wa Mulemera. Of the eight members of the Bureau, six were male and two were female.

Report: In February 2007, the CVR presented a report to the parliament.

Special Notes: The selection of the Commissioners, while inclusive and representative of the political forces involved in the peace negotiations, was criticized because some of the commissioners had informal ties with those who were implicated in the crimes. MONUC explained that the UN mission would only support the truth commission if there were sufficient guarantees of its independence from the executive branch. International observers called for a follow-up truth-seeking mechanism because of the lack of political will and resources for the Truth and Reconciliation Commission.

Borello, Federico and International Center for Transitional Justice. A First Few Steps: The Long Road to a just Peace in the Democratic Republic of Congo 2004.

"In-Depth: Justice for a Lawless World? Rights and Reconciliation in a New Era of International Law: DRC: Transitional Justice and Sexual Violence in the Democratic Republic of Congo: Which Way Forward for Reconciliation?" IRIN News, 2006. (accessed July 1, 2008).

The Republic of the Congo 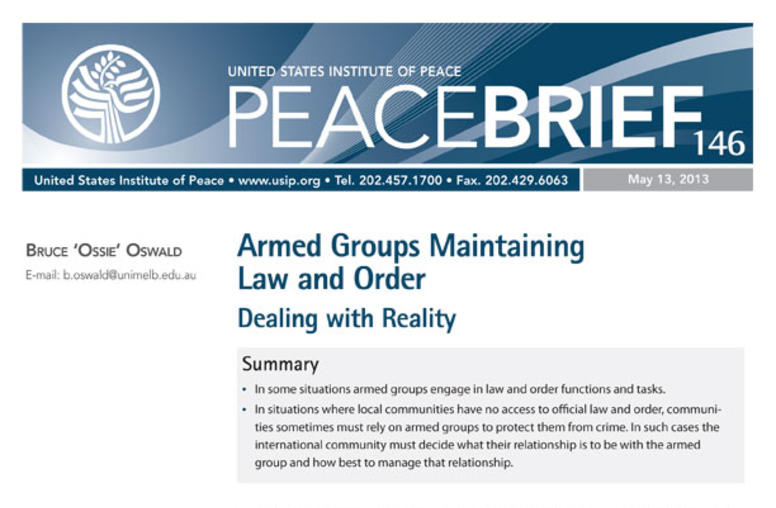 What should the relationship between governments and the international community be with armed groups, and how might that connection be managed responsibly? USIP Senior Fellow Bruce Oswald explores the matter and the challenges involved. 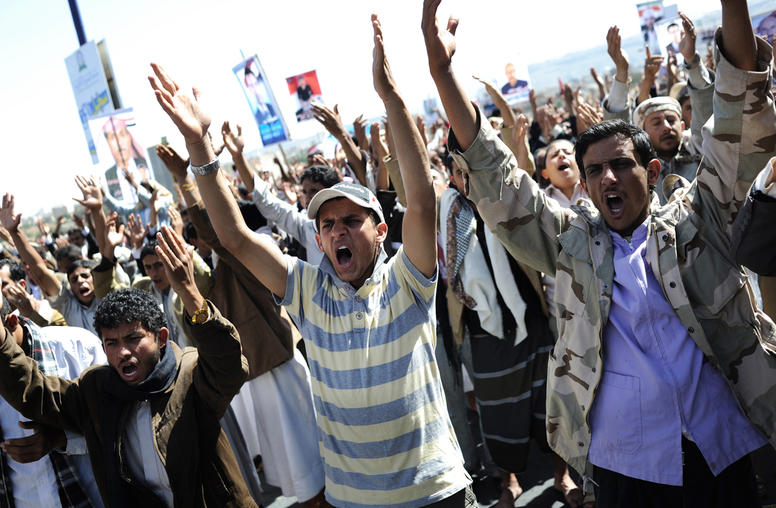 USIP leaders explain the effect that events around the world and here at home will have on the U.S., and the contributions the Institute can and does make during a time of tremendous challenge – and opportunity.