Background: The former Yugoslavia was established in 1918, federalizing an ethnic mix of Albanians, Bosnians, Croats, Kosovars, Montenegrins, Serbs, Slovenians and others. After longtime ruler Josef Broz Tito’s death in 1980, ethnic tensions began to rise and Yugoslavia started to disintegrate. Serbian leader Slobodan Milošević sought to restore pre-1974 Serbian sovereignty over the autonomous regions of Vojvodina and of Kosovo. Multi-party elections in 1991 led to the secession of Croatia and Slovenia from the Yugoslav state in June 1991. After unification negotiations failed, Milošević proceeded to lead the predominantly Serbian army of Yugoslavia in a campaign of ethnic cleansing in Bosnia, Croatia, and Slovenia between 1991 and 1995. Bosnian and Croat forces also took part in wartime atrocities.

The Dayton Peace Accords were brokered by the U.S. in November 1995 to stop the Yugoslav war. The resulting parliamentary and municipal elections in 1996 were largely against Milošević, but he continued to control the parliament and security forces. In 1998, Milošević began concerted efforts to suppress the ethnic Albanian population in Kosovo in the name of the Serbian minority. After additional monitoring and negotiation efforts failed, NATO led a military intervention in March 1999. When Serbian forces were defeated, Milošević lost power as president, and was succeeded by Vojislav Kostunica.

Mandate: The Yugoslav Truth and Reconciliation Commission was mandated to research the social, inter-communal and political conflicts in the period from 1980 to 2000, document its own work and establish cooperation with related commissions in neighboring countries.

Commissioners and Structure: Members of the Yugoslav Truth and Reconciliation Commission were appointed by the President. The commission was originally comprised of fifteen members: twelve men and three women. Four members were added to increase ethnic diversity but the ideological, ethnic, and political homogeneity of the commissioners still prevented it from being seen as an impartial body. Two members later resigned because of disagreements over the Commission’s composition and mandate; another resigned due to obligations with a government post, and one passed away.

Report: No report was issued because the commission ultimately disbanded in early 2003 because of a lack of agreement on essential aspects of the mandate, a lack of political will, funding and civil society support.

Special Notes: The commission was not perceived as an impartial body within the country and even less across the region. While members included persons from different political perspectives within Serbia, ethnic and religious minorities were underrepresented. The work of the commission was complicated by the fact that the former Yugoslavia has broken up into multiple independent countries. As a national truth commission, the Truth and Reconciliation Commission for Serbia and Montenegro attempted to examine the causes and consequences of a region-wide conflict exclusively from the Serbian perspective. Several civil society groups from Serbia, Croatia as well as Bosnia and Herzegovina are currently calling for a new, regional, truth commission to establish and publicly disclose the facts about the war crimes committed throughout the former Yugoslavia.

Dimitrijevic, Nenad. "Serbia After the Criminal Past: What Went Wrong and what should be done." International Journal of Transitional Justice 2, no. 1 (March 1, 2008): 5-22. 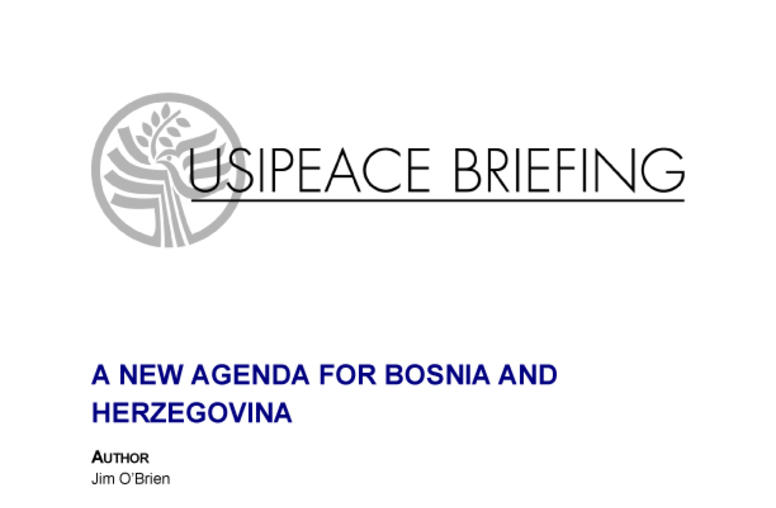 An Overview of U.S. Institute of Peace Activities to Promote Democracy and Minority Rights in Serbia-Montenegro and Kosovo