In February 2022, USIP created the nonpartisan Senior Study Group on Coastal West Africa to identify specific programs and interventions that the United States and other international partners can offer coastal West African governments and civil societies to help prevent conflict and support lasting peace in the subregion . Comprised of 11 former senior policymakers, private sector leaders and respected academics from the United States and West Africa, the senior study group will look at a number of underlying problems that undermine the subregion’s democracy and stability — including unequal and inadequate development, marginalized communities and weak institutions of accountability.

In coastal West Africa, the reversal of democratic norms and a growing susceptibility to violent extremism highlight the challenges facing the subregion’s stability and economic development. As a  major source of two-way trade with the United States, the heavily populated subregion is situated near critical Gulf of Guinea shipping lines — which have attracted the attention of both U.S. allies and adversaries and been the subject of piracy, oil bunkering and illegal fishing.

However, there are opportunities for the United States and its African partners to get ahead of these growing threats. The USIP Senior Study Group on Coastal West Africa is working to better pinpoint the risks for violent conflict in each country and inform U.S policy towards the subregion.

Between February and August 2022, the senior study group will have a series of six discussions that consider the political and socioeconomic vulnerabilities reshaping dynamics in the subregion. The findings of these discussions will be compiled and disseminated as a final report to inform the approach of U.S. and international partners in strengthening conflict prevention and addressing the factors that undermine democracy and stability in the subregion. 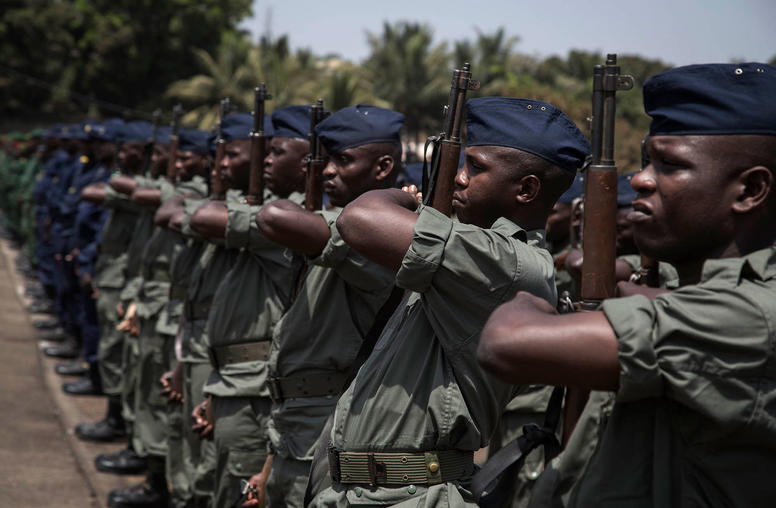