Priscilla Clapp is currently a senior advisor to the U.S. Institute of Peace and the Asia Society. She is a retired minister-counselor in the U.S. Foreign Service.

Prior to government service, Clapp spent ten years in foreign policy and arms control research, with the MIT Center for International Studies and as a Research Associate at the Brookings Institution. She is a member of the Council on Foreign Relations and the International Institute for Strategic Studies.

Clapp’s books include: with Morton Halperin, "Bureaucratic Politics and Foreign Policy" (Brookings, 2006), with I.M. Destler et al., "Managing an Alliance: the Politics of U.S.-Japanese Relations" (Brookings, 1976), with Morton Halperin, "U.S.-Japanese Relations in the 1970's" (Harvard, 1974).  She is a frequent media commentator and the author of numerous publications on Burma and U.S. Burma policy with USIP, the Brookings Institution, the East-West Center, Australia National University, the Asia Society, the National Bureau of Asian Research, Singapore’s ISEAS and others.

Publications By Priscilla A.

The head of Myanmar’s military junta is talking increasingly about holding national elections next year despite the near certainty that prevailing conditions would make a democratic result impossible. Even if General Min Aung Hlaing was pondering a good-faith effort — which he is not — the country’s political and security situation would likely preclude anything more than a fig leaf outcome. So, the dictator is still mulling whether elections would benefit the regime. Meanwhile, he is laying the groundwork for a sham process to make himself president and cement military rule. Though the nature of these schemes should be obvious to the international community, many view the proposed vote as the most realistic path to stability and democratically elected government. That hope is badly misplaced. 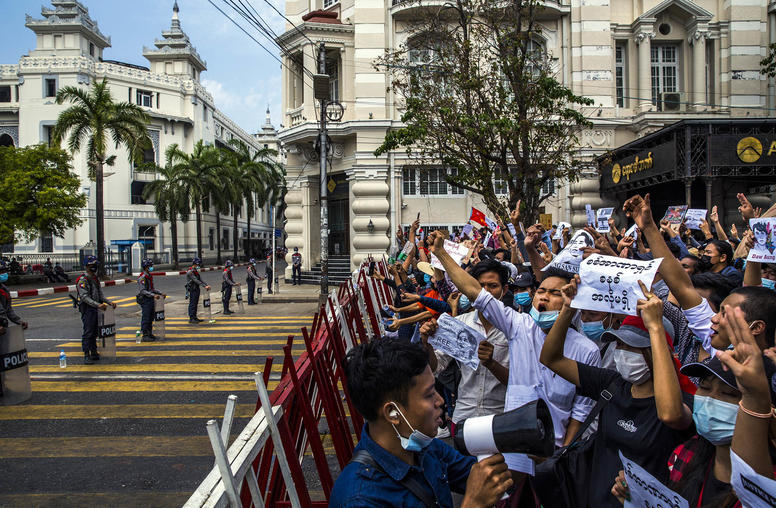 Thai women tell of being trafficked, caught up in prostitution inside Myanmar - Benar News/Radio Free Asia