Adam Gallagher is the managing editor for Public Affairs and Communications at the U.S. Institute of Peace.

Most recently he was an editorial manager at the International Foundation for Electoral Systems and was previously with the Carnegie Endowment for International Peace’s Middle East Program. Gallagher has also worked as an analyst and writer at a defense consultancy monitoring local and international media reporting on Afghanistan. He has been an accredited election observer in Tunisia (2014), Burma (2015) and Liberia (2017).

His writing on U.S. politics, foreign policy and international relations has appeared in the Washington Post, the Hill, the National Interest, World Politics Review, the American Prospect, Small Wars Journal, the Diplomat, the Huffington Post, International Policy Digest, and for the Carnegie Endowment for International Peace, the Woodrow Wilson International Center for Scholars, and the Urban History Association, among other outlets.

He has a bachelor’s degree in political science and philosophy from Ohio Northern University and a master’s degree in international relations from George Mason University. 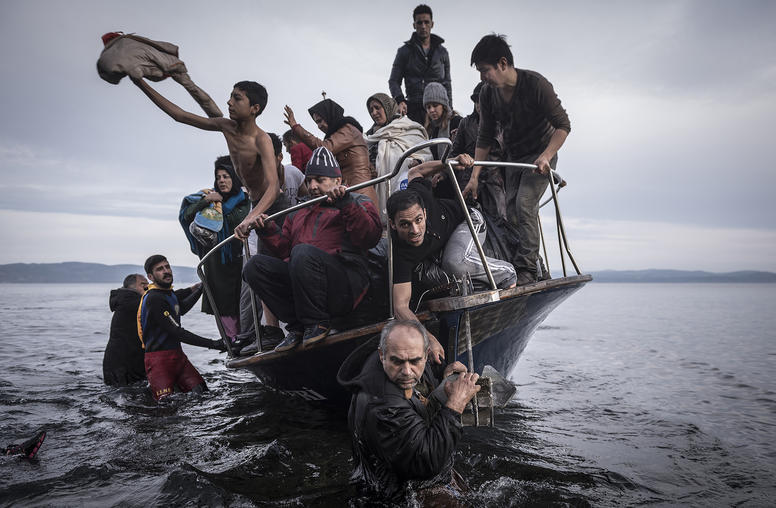 Emerging from the economic havoc of the Great Depression and the violence of World War II, the United States found itself at a hinge of history moment. American leaders like President Harry Truman and Secretary of State Dean Acheson believed that the United States should not only change the way it engaged with the world but assert itself to shape and lead it into a new era of international cooperation. Today, amid a global pandemic, the world faces a similar moment, with massive technological, demographic, environmental, and geopolitical shifts redefining the global order, said former Secretary of State George Shultz. “They [American leaders after World War II] said what we could say now … we are part of this world, whether we like it or not. And they set out to try to make something different.”

Afghanistan’s peace process could be taking a major step forward in August with the potential commencement of intra-Afghan talks, said the U.S. chief negotiator on Friday. “This is an important moment for Afghanistan and for the region—perhaps a defining moment,” said Ambassador Zalmay Khalilzad. Peace in Afghanistan would redound to the benefit of the entire region. As the peace process stumbles forward, one critical but often overlooked element is the role of Afghanistan’s Central Asian neighbors.