Where does the investigation into the blast stand, and what has been done to hold those responsible accountable?

Abouaoun: Apart from the arrest of a few top bureaucrats and some junior officers involved in the port and customs management and security—as well as other arrest warrants against the ship operators—there are no indications about progress made so far or the next steps. There also hasn’t been an official statement about the status of the investigation. The only reference so far was a distinction made by the caretaker Minster of Justice Marie-Claude Najem about the difference between the “administrative investigation” and the “judicial investigation.”

It is worth mentioning here that there is very little public faith that the process will lead to anything meaningful. The reality is that Lebanon’s bureaucracy is complex, mostly relying on obsolete paper-based processes, and is characterized by general impunity and a lack of rigor and documentation. Therefore, it is very likely that the investigation will be lost in the labyrinth of multiple reporting lines, processes, and blurred mandates. Some of this confusion already emerged when the media published copies of letters sent from some of the port officials to judges recommending action to get rid of the ammonium nitrate shipment.

After the previous government resigned, in part due to the explosion, a French-led effort to form a new government has stalled. What’s preventing the formation of a new government, and what can be done to overcome it?

Abouaoun: The visible reason for designated Prime Minister Mustafa Adib’s (who has since stepped down) failure to form a government is the obstinacy of the two major Shia political parties, the Amal movement and Hezbollah, as they declined to nominate a minister of finance while Adib was trying to form an apolitical, technocrat government in which political parties were not represented.

However, and despite the importance of the Ministry of Finance to the two parties, the invisible part of the iceberg is Hezbollah’s rejection of some amendments introduced to the French-led initiative.  Sources close to the pro-Iranian party claim that when Hezbollah expressed no resistance to President Macron’s plan in early August, the initiative did not include anticipated elections or the mandate for strictly apolitical ministers. Moreover, both Hezbollah and Amal felt that Sunni political leaders did in fact select Adib as the designate prime minister, and that they should be entitled to do the same when it came to the Shia ministers.

Ironically enough, the government formation is now contingent upon a new consensus among the same political players that both the majority of Lebanon’s population and the international community—including President Macron himself—consider responsible for Lebanon’s current crisis.

Given that the U.S. elections are near, Iran and its proxies feel that they are less compelled to consent to major concessions. They would rather buy some time until November through some sort of “filibustering,” unless of course they are able to form an obedient government.

Cases of COVID-19 have begun spiking again in the country as hospitals near full capacity. How has the pandemic impacted the country’s political and economic crises, and what can be done to mitigate the spread before the medical system becomes overwhelmed?

Gharizi: COVID-19 cases have been steadily increasing since the government began easing lockdown measures in June. Following the August 4 port explosion, the number of positive cases per day increased exponentially as thousands of injured were rushed to local hospitals, forcing medical personnel to circumvent COVID-19 protocols, and multiple hospitals were damaged to the point they were no longer functional.

However, increased transmission of the virus can also be blamed on a loss of confidence in the government to manage the political, economic, and health crises afflicting the country. Political leaders have been quick to revert to the closure of the country as the main measure to contain the pandemic; yet this has not been accompanied by any substantive initiative or program to help ease economic suffering that would accompany such as move. The private sector, already reeling from a prolonged economic downturn, has pushed back on the shutdown, with Beirut’s Trade Association and the syndicate of restaurants, cafés, and club owners openly defying a government order to abide by lockdown measures at the end of August.

There’s also a view among many activists and those involved in the protest movement that the lockdown measures are more about preventing street demonstrations than about keeping the country safe from COVID-19. Confidence has also been eroded due to the fact that the same government representatives calling on the public to remain home and socially distance are often seen in large public gatherings. Given these developments, the government has tried a different approach to contain COVID-19: putting specific towns and villages under lockdown for a week at a time, a step that so far hasn’t provoked the same type of reaction from the public as the closure of the country. It’s too early to say if this approach will be successful in managing the health crisis, especially given the government’s historical inability to fully enforce laws in more provincial areas and a looming drug shortage. And with the one-year anniversary of the protest movement on the horizon, demonstrations are being organized that could result in a spike in cases afterwards.

Developments that could help mitigate a health care disaster include the formation of a government that’s responsive to the citizenry and is able to a provide a short-term economic safety net while pushing through key reforms that can spur an economic revival. 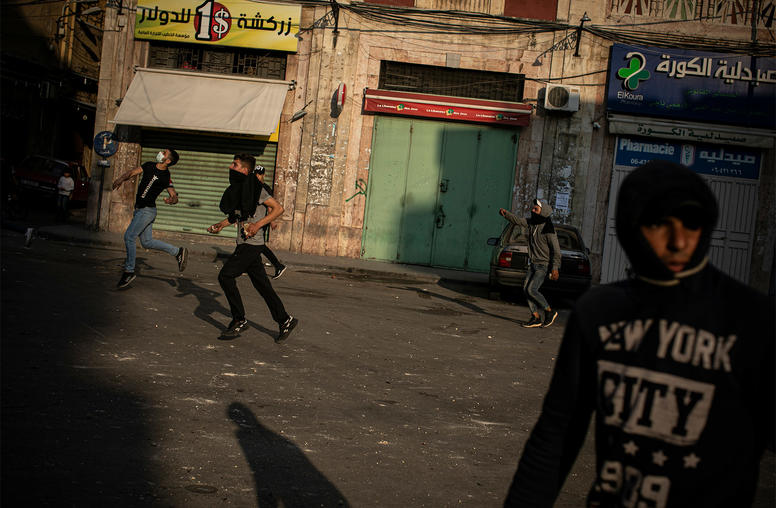