Editor’s Note: This is the final article in a three-part series. Part 1 explored how transnational networks use digital tools to enable investors in Karen State’s gambling cities to scale up illicit activities. Part 2 looked at the details of the digital systems employed in Myanmar’s gambling enclaves and demonstrated how they threaten to entrench corrupt armed governance in ethnic minority areas of the country. For more, see the authors’ Special Report “Myanmar’s Casino Cities: The Role of China and Transnational Criminal Networks.”

At the heart of the most advanced of these projects, Yatai New City on the Thai border in what was once the remote village of Shwe Kokko, is a blockchain and cryptocurrency enterprise called Building Cities Beyond Blockchain (BCB). To launder money secretly in and out of Shwe Kokko, this company has introduced into Yatai New City an encrypted payment app called “Fincy.” Operating under the protection of the unregulated Karen State Border Guard Force, the Chinese investors backing the project are proceeding in defiance of the country’s legal institutions and banking regulations.

The $15 billion smart city scheme in Karen State encroaches on Myanmar’s national sovereignty as well as the concepts of democratic federalism now under consideration as part of the country’s peace process. It, and two other casino projects in Karen, undermine efforts to build sustainable democratic institutions through political, social, and economic reforms that encompass equitable land management; balanced resource distribution; preservation of ethnic identity and culture; and civilian political control.

National and state-level political leaders, as well as the military and ethnic armed groups, should pay careful attention to what is happening around the 46 square-mile Yatai New City. The questions they need to address include:

With respect to economic reforms, Myanmar’s Central Bank has prioritized reform of the country’s financial system to repair the teetering banking structures inherited from the military government. The Central Bank has already registered concern about its ability to manage and monitor electronic pay applications. Fortunately, it has so far successfully modified or banned WeChat pay and Alipay, and regulated Wave Money and other major applications foreign firms introduced to prevent their use for money laundering and tax evasion.

Fincy, on the other hand, seems deliberately designed to circumvent Myanmar Central Bank regulation by enabling “private transactions” beyond the scrutiny of all outside parties. With its capability to transfer funds readily in and out of Myanmar and the possibility of expanding its use to other parts of the country, Fincy could irreparably damage the country’s banking system.

The operations of Fincy’s parent company, BCB, appear to be legal and legitimate under Singapore law.  It is not clear, however, that the Singapore government recognizes the challenges it created for Myanmar and other member states of the Association of Southeast Asian Nations (ASEAN) by allowing BCB to establish an encrypted system that permits payments without logging any locational data. BCB’s advanced financial systems could potentially offer good solutions for e-commerce in Myanmar, helping small businesses to tap into opportunities across ASEAN, but in its present form the Fincy app—particularly as applied to the gambling industry—has not secured any approvals for use in Myanmar and appears to be undermining efforts by the country’s banking authorities to check illicit monetary transactions.

The Singapore government should immediately launch an investigation into how this company is using the exemption provided by the Monetary Authority of Singapore to support illegal activities. In fact, this case provides a good opportunity for enhanced collaboration among ASEAN monetary authorities and law enforcement agencies to stop the use of advanced technology in financing criminal activity.

With regard to peace and conflict, the precedents being set are deeply sinister. The Border Guard Forces (BGFs) were created over a decade ago and given license to conduct economic activity in their designated areas in exchange for abandoning armed conflict and integrating into the Myanmar army. The Yatai New City model was not a foreseen consequence.

With no ambitions other than using arms to maximize profits, the BGFs, have become what political scientist Mancur Olson called a “stationary bandit”—exercising a monopoly of theft from a population for providing protection from other supposed threats. As long as the BGFs continue to engage in predatory practices, sell lands to foreigners without regard for local rights, and claim exemption from national laws and democratic governance, other ethnic armed actors may decide to mimic this behavior. While the peace process lacks effective power to address these underlying drivers of conflict, corrupt armed actors gain in wealth and clout, and companies like Yatai IHG manage to assume absolute control over enclaves in ethnic minority territories.

This leads to the question of whether Border Guard Forces—and armed groups more broadly—will expand their role in these Chinese gambling ventures, seeing the potential for smart city systems to filter millions of dollars of illicit funds beyond the reach of law enforcement. Will armed groups themselves seek to digitize illicit operations to hide and amass ill-gotten wealth through Fincy or Fincy-like applications? Do these developments threaten to fundamentally alter the economics of local conflict, delivering a death warrant to the peace process?

These issues are not limited to Karen State. Similar schemes are being launched elsewhere on Myanmar’s frontier with China, raising the question of China’s role in policing problematic activity on its border.

It is quite clear that the growth of well-financed armed groups along the border, each with its own agenda, could raise a multitude of challenges to Beijing’s interests in pursuing the China-Myanmar Economic Corridor, forced by geography to pass right through all these areas. It would certainly be in China’s longer-term interest to find effective ways to help Myanmar police the activities of Chinese entities forming partnerships with armed forces in autonomous territory, particularly when the illicit activity has a significant negative impact in China itself. Case in point: More than 100 Chinese nationals were apprehended in July alone after illegally crossing the border to take up positions primarily in the casino cities.

At the very least, China should demand that its companies conduct thorough due diligence to avoid involvement in illegal activity in other countries. It is quite evident that due diligence has been sorely lacking among the mainland Chinese companies and quasi-government agencies involved with Yatai IHG schemes in Myanmar and elsewhere.

The negative effects of these smart city technologies also have an impact on other Southeast Asian countries. The most directly implicated to date have been Cambodia, Philippines, Malaysia, Singapore, and Thailand, all of which have contributed one way or another to the culmination of Yatai IHG’s smart city project in Karen State. These governments need to take a hard look at the potential for Fincy-type technologies to damage their own financial and banking systems, particularly to the extent that they must operate in international markets, where money laundering is heavily policed.

And finally, it is not difficult to see that the damage so-called smart-city schemes inflict on Myanmar also represent a setback for U.S. interests. The erosion of democratic development, the pollution of Myanmar’s banking system, the potential enrichment and proliferation of militias leading to new forms of conflict, the expansion of the country’s militarized economy and lawless autonomous enclaves under armed control—all are serious challenges to U.S. policy objectives. For decades, the United States has aided Myanmar’s democratic forces and civil society in their efforts to realize the country’s tremendous potential as a diverse, prosperous Asian democracy. The U.S. should step up its support for civilian efforts in Myanmar to govern this dangerous new digital space before it seriously impedes the country’s path to sustainable development and democratic governance.

Seeking to profit from China's lucrative but illegal gambling market, a shady web of actors has begun building resort cities in Myanmar’s Karen State to cater to Chinese gamblers. This report casts light on the actors behind Myanmar’s illegal gambling sector, their linkages to Chinese government entities and to Myanmar's armed groups and military, and how their actions could upend Myanmar’s prospects for peace. 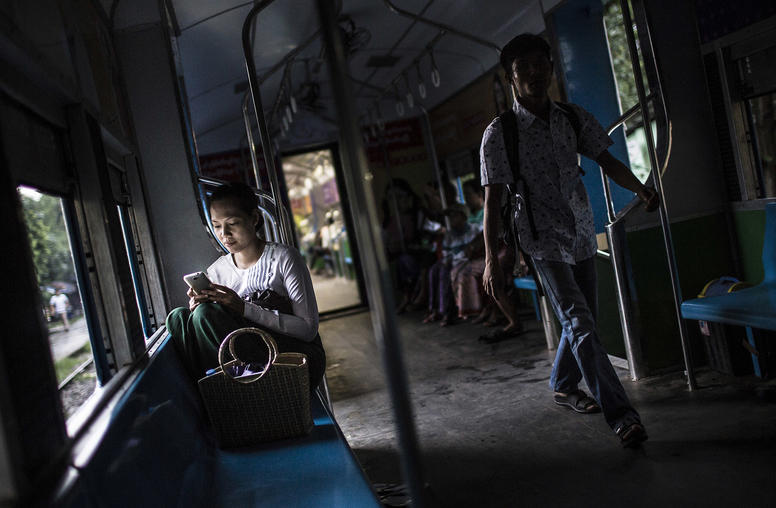