Tim (Host): In 34 days, Americans will vote in the midterm elections. A little farther down the road and a little farther afield are the upcoming elections in Ukraine, March of 2019 in the Democratic Republic of the Congo. We want to put those in perspective. What's at stake, and what do you need to know about them? Jonas Claes is Senior Program Officer, Global Practice and Innovation at the United States Institute of Peace. He is tweeting at @Belgian_in_DC, and joins us. Jonas, thank you for being here today.

Jonas Claes: Thanks for having me, Tim.

Tim (Host): What are the issues that are, well you know, this is not just about the fact that an election is taking place. There's no Democrats, Republicans, etc. there are obviously key issues, but what is it that people in this country need to be focused on, especially with the most, I guess the one it's closest to us which is Ukraine in March?

Jonas Claes: Well, you're right. The presidential elections are scheduled for March in Ukraine, and the U.S. Institute of Peace, we work to prevent election violence, and in many places around the world, and we definitely have some concerns about these upcoming elections in Ukraine.

Let's not forget that Ukraine is already in a state of war. The east of the country is no longer under control of the Kiev government. Insurgence supported by Russian troops are holding that territory, so elections will not even take place in that part of the region because of security concerns. But across the rest of the country, there are also many other violent actors. A lot of weapons on the black market. I want to point out for example the far right nationalist movements across the country, particularly in the west do not shy away from using violence against activists.

There's also an important dynamic at play with the expected rupture within the eastern orthodox church between Kiev and the Moscow church, which is an item that may be exploited electorally, and tensions may certainly rise because of this split as well.

Tim (Host): I wonder, is public opinion at one time there had been a split in Ukraine, people living closer to the border actually had in some ways more loyalty to Russian and people who were a little farther away had a little different sense of things. What is the sense within Ukraine right now?

Jonas Claes: I think people, there's a lot of voter apathy across the country. The major candidates within these presidential elections particularly are not very popular. They're the same faces that have been seen for a while. Again the current incumbent President Poroshenko is not very popular. In some polls he's running even in single digits. And there are a few candidates that do seem to be doing a little bit better. But I think much of the Ukraine population is hoping for an outsider to enter the race. People are fed up with corruption and I'm afraid that also this electoral process may not go by untainted, and that may just further aggravate the frustration, anger that the Ukrainian population has.

Jonas Claes: I believe there are serious concerns about Russian interference in these elections. Obviously they would rather not have a very pro-U or pro-reform minded president win these elections. What I must say though, the split that you mentioned earlier in the electoral field is less pronounced this time simply because many of the voters that tend to be a bit more sympathetic to Russia won't be able to go and vote because of the conflict in the Donbass Region in the east, so the remaining portion tends to be a little bit more pro-western minded.

Tim (Host): Jonas Claes with us, Senior Program Officer of Global Practice and Innovation. He does a lot of research and analysis in the prevention of electoral violence and mass atrocities. Let's look farther ahead to the Congo. The Democratic Republic of the Congo has its elections I guess in December of next year. So one wonders exactly what is brewing for that upcoming choice of the people.

Jonas Claes: The elections in the Congo are already coming up this December, so they're a little bit, coming up a little bit closer than the Ukraine elections. Ukraine also  has elections, parliamentary elections, in October next year, but for the elections this December 23rd, end of the year, see they have been postponed several times already. I think the international community and the broader region was quite relieved when current President Kabila decided to not to further exceed his mandate, and he picked a loyalist, Emmanuel Shadareef as the candidate of his PPRD party in the December election, so that kind of removed the immediate sense of urgency and crisis concern around these elections, but I would argue that the coast is far from clear. DRC remains a very complicated country to organize elections in. The institutions are poorly prepared. There's massive humanitarian challenges, and overwhelming logistical hurdles that have to be passed, now less than three months until election day.

Tim (Host):  And speaking of which, this may be a little outside your area of expertise, Jonas, but is it your sense, just if you want to just take these two countries, Ukraine and Congo, is it internal pressures or is it external meddling that makes it more of a challenge to keep these elections running more smoothly?

Jonas Claes: I would say in both countries it's a combination of both. I think in the DRC it's primarily internal challenges. You have, for a long time of course, long standing conflict in the Congo. There's very limited capacity to even organize elections across such a vast territory. The leadership in the Congo no longer wants the UN mission, to be even present, Monook, or to even help organize the elections. So Monook in the past played a very important role in distributing the voter materials, much of the logistics were covered by them. That won't happen this time, but that's, there's a lot of other challenges evidently as well. I think we'll primarily concerned in the DRC about violence against civil society and political repression, and that's been confirmed by a UN Human Rights Council report that came out a few weeks ago.

Tim (Host):  And does the US have, or should it have, more than just a rhetorical role in this? In other words it can say things, it can make speeches, but should the US have a more concrete participation in these elections in any way?

Jonas Claes: I think the US has already played quite a strong role, particularly when it comes to DRC elections, making sure that they actually happen on time. As I mentioned earlier, President Kabila had them playing a bit of a waiting game. He had already exceeded his mandate, and I think pressure from Nikki Haley in particular has been quite forward leaning in making sure these elections actually happen, so it seems that December 23rd will go through, but there's still a lot of work that needs to be done. I think in addition there's a very important role to play for the regional actors in the Central Africa SADC countries as they are called throughout Africa, Angola, Zambia play also a very important role in making sure that tensions are mitigated to some extent, but obviously the west is needed that they coordinate with those countries quite closely.

Tim (Host): Jonas, I appreciate you joining us. Thanks so much.

Tim (Host): That is Jonas Claes who is Senior Program Officer, Global Practice and Innovation at the United States Institute of Peace focusing on analysis and prevention of electoral violence and mass atrocities upcoming elections in the Democratic Republic of the Congo, the DRC. That is December of this year, as well as Ukraine, March of next year. Wanted to get his perspective on that joining us here on P.O.T.U.S., and he is tweeting at @Belgian_in_DC. 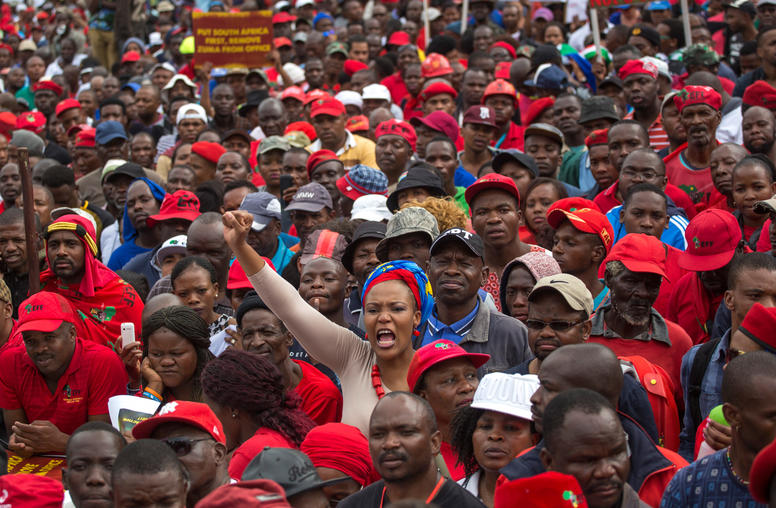 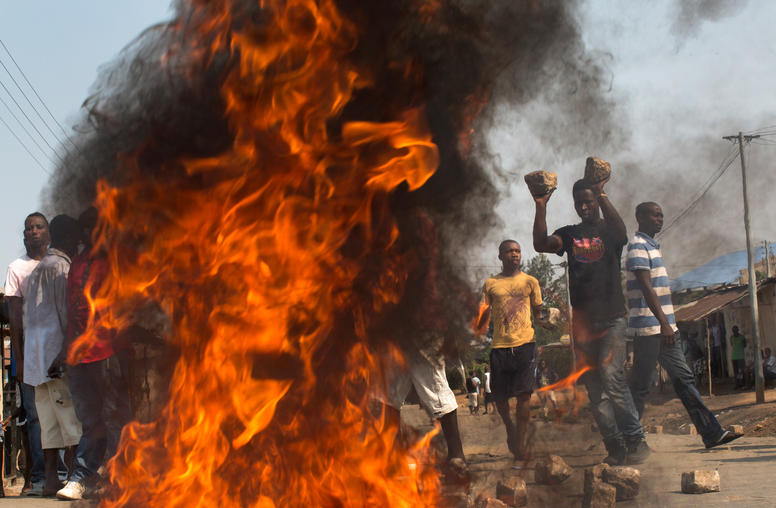 The elections this year in the Philippines, the Democratic Republic of the Congo, Gabon and even the United States, demonstrate how high-stakes elections frequently trigger anxiety, tension or even violence or the threat of unrest. Properly managed elections allow opposing groups to press their claim to power through a peaceful process. But in fragile democracies, elections frequently feature intimidation or violent protest. U.S. Institute of Peace Senior Program Officer Jonas Claes, editor o...