The global surge in humanitarian emergencies related to violent conflict, including looming famines in northeast Nigeria, Somalia, South Sudan and Yemen, are on the agenda of world leaders meeting at the United Nations General Assembly this week. With 20 million people across four countries on the brink of starvation, leaders should use their gathering to mobilize funding and press for immediate access to deliver humanitarian aid. But today’s crises will only escalate and multiply without equal attention to reducing the underlying risks of recurrent conflicts and droughts in the Horn of Africa and the Sahel regions.

Governments in these regions are taking matters into their own hands, and demonstrating that a more proactive approach can work. Following a severe drought in 2011-2012, Kenya launched and heavily invested in a national strategy to end drought emergencies. Despite facing another prolonged drought and increasing food insecurity now, Kenya’s efforts paid off, as fewer households need emergency relief.

The African Union also established the African Risk Capacity, a pool of funding designed to help states reduce the damaging impacts of severe weather events. These types of investments in resilience are an opportunity for donors, and it is crucial for more of them to get on board.

Aid agencies are adapting their activities in these regions to reduce the risks of both weather disasters and conflicts. Through a collaboration with the Rockefeller Foundation and Sweden, for example, the U.S. Agency for International Development is investing in innovative approaches to support communities and households in better managing future shocks, and to better measure the impact of interventions. Programs on community peacebuilding and countering violent extremism are building the capabilities needed to prevent violence.

But in too many countries in these regions, risk-mitigation programs and initiatives are not aligned with broader country priorities. Program objectives tend to remain confined to small technical offices in aid agencies, lacking buy-in from critical local and international players in diplomacy, defense and even other development organizations. In complex emergencies where violent extremism is a challenge, donors and resource-strapped governments too often prioritize security assistance for counterterrorism at the expense of investments in food security or health, fueling the grievances that motivate support for extremists.

Development programs are subject to short budget cycles that make it difficult to achieve measurable impact.  Piecemeal investments also create a coordination challenge for poor states and regions. In the Sahel region alone, there are 16 international and regional strategies, in addition to donors’ bilateral country programs. All are focused at least in part on mitigating risks of future droughts, violent extremism and conflict.

Leaders could use their meeting at the General Assembly session this year to catalyze a better approach. At the 2016 World Humanitarian Summit, they pledged to nurture the ability of countries to prevent conflict, address its root causes to reduce fragility, and increase resilience to drought emergencies. Their gathering this week is an opportunity to translate these pledges into actions. Leaders could do so by launching strategic, whole-of-government partnerships with vulnerable countries or regions.

Across the Sahel and the Horn, conflict, drought and food insecurity tend to be closely linked.

An important component of effective international partnerships in fragile states and regions is a shared assessment of the vulnerabilities that put countries at risk of complex emergencies. Each country and regional situation is unique, but across the Sahel and the Horn, conflict, drought and food insecurity tend to be closely linked. Clear recognition of these connections is the first step to effective action, and the U.N. Security Council’s acknowledgment last month that conflict lies at the center of today’s famines can encourage strategic partnerships to mitigate future risks.

In each of the four countries threatened by famine, unresolved wars have festered for years, culminating not only in the millions now on the brink of starvation but also massive population displacements. Around the world, a similar pattern emerges. Over 100 million people need emergency assistance to survive, and nearly all of these needs are driven at least in part by armed conflicts.

Whole-of-government approaches to partnerships in fragile states are key because insecurity, weak or illegitimate governance, and humanitarian needs often reinforce each other. Widespread violence destroys national and local infrastructure, as in Yemen, where within just four months, the collapse of health facilities and sanitation systems caused the largest-ever outbreak of cholera. The absence of security limits access to basic services, and the collapse of political and justice systems, or of local governance structures, fosters impunity, like in South Sudan.

People living in conflict-affected states are up to three times more likely to be undernourished.

During the 2011-2012 famine in Somalia, food shortages prompted increasingly desperate al-Shabab extremists to attack farmers to seize their food reserves, exacerbating famine conditions. A cross-country study found that after the onset of drought in conflict zones, the number of deadly attacks against civilians rose by 41 percent.

In regions where conflict and drought emergencies recur, understanding these linkages is necessary to spur coordinated action even before hostilities break out or disaster strikes.

Three additional components of effective international partnerships to reduce fragility are especially relevant to lowering the risk of complex emergencies; partnerships should be selective and inclusive and build on models based on “compacts” of mutual accountability.

To ensure buy-in and impact, partnerships should be established selectively between partners whose national interests intersect, and who have demonstrated the political will to invest in reforms and development gains. In situations where risks and vulnerabilities are clear but political will is absent, different tools are needed; strong diplomatic pressure is required to arrive at a point where partnership becomes a viable option.

Inclusive ownership is a second critical ingredient for partnership success. In fractured societies where formal systems of representation may be absent or dysfunctional at the local or national level, partnerships should seek to bridge these gaps by including a broad cross-section of sub-national government, private and civil society leaders. On the international side, they should also include a wide array of international security, development and humanitarian actors. The inclusive nature of the discussions at last year’s World Humanitarian Summit provides a strong precedent to build on.

Adopting a compact model has gained traction in the development community and is a best practice in conditions of fragility. Under development compacts, partners hold each other mutually accountable for achieving results, in return for continued investments and political reforms.

This model is being road-tested in Somalia, where a newly elected government is pressing ahead on a comprehensive reform agenda, despite facing a severe drought emergency, longstanding instability and the threat of al-Shabab extremists. For donors, even if coordination challenges persist and progress in Somalia is very preliminary, compacts with the government have facilitated engagement across the government and coordination among disparate development, diplomacy and security players.

The Millennium Challenge Corporation has longstanding experience in providing grants through compacts, although its agreements are focused on specific development sectors, and don’t require involvement by all of the recipient country’s government. MCC’s model is designed to support countries that are primed for economic growth, but preliminary partnerships—MCC’s ‘threshold programs’—have focused on reducing vulnerabilities to conflict and drought in countries like Niger.

Ultimately, a comprehensive approach to reducing the risks of future emergencies in these regions can never eliminate the threat, or the need for emergency assistance when severe shocks occur.  But they can lessen their impact and help countries and communities better manage the fallout.

Donor countries have serious budgetary and bureaucratic challenges to increasing investments in resilience and conflict mitigation, and to engaging in comprehensive compact-style partnerships. It takes political will to surmount those obstacles.

Considering the ballooning needs and finite humanitarian resources, the cost-effectiveness of adopting more strategic, preventive approaches to crises should be a compelling reason for political action, in addition to the moral imperative. 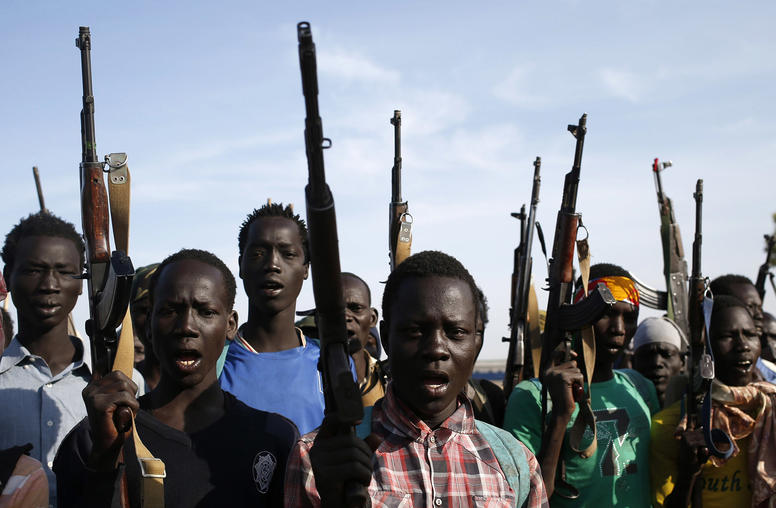 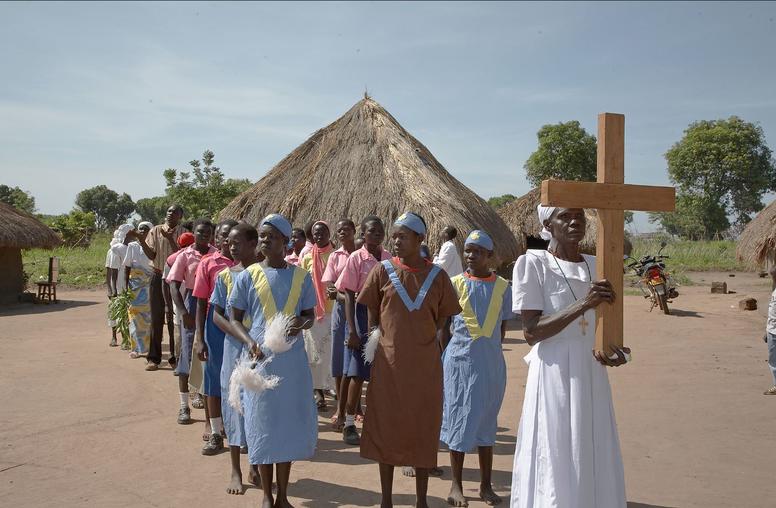