The strategic implications of the July 14 Vienna accords on Iran’s nuclear program are a matter of considerable concern not only to the Arab Gulf States and Israel, but also to the only Middle East/European member of NATO: Turkey. That country’s leaders must now assess the implications of the nuclear agreement for their own security, and even more so, for what has often been a rocky relationship with the United States.

While Turkey’s commitment to the North Atlantic Treaty Organization remains strong, there is a sense among political leaders and policymakers in both Ankara and Washington that the two countries lack a common approach to a range of geostrategic threats in the region. It was with this fundamental concern about the course of the relationship between the U.S. and Turkey that USIP joined forces with the Istanbul-based Center for Economics and Foreign Policy Studies (EDAM) to conduct a “U.S.-Turkey Strategic Dialogue.” Held in Istanbul Feb. 26-27, the meeting was supported by the Project on Advanced Systems and Concepts for Combating Weapons of Mass Destruction (PASCC) of the Naval Postgraduate School. It was a follow-up to a 2012 dialogue organized by the Naval Postgraduate School with USIP participation. The aim is to make the meetings a regular occurrence to improve cooperation.

“Peer-to-peer exchanges on a bilateral basis and also through the multilateral arena of NATO are urgently needed.”

Co-chaired by Jessica Varnum and Sinan Ulgen, the dialogue offered the eight subject-matter experts from each country, as well as government officials who came as “observers,” an opportunity to define key areas of agreement and divergence in the U.S.-Turkey relationship. Perhaps more importantly, the conference produced a number of concrete proposals for addressing problems of mutual concern to Washington and Ankara.

At the heart of these proposals is how to address growing proliferation challenges, particularly those posed by chemical and biological weapons. This is not merely a technical question: as Turkey’s economy has expanded in tandem with the growing self-confidence of its elected leaders, Ankara has sought to balance its enduring commitments to NATO with a more assertive and independent policy on energy security.  The question that concerned the participants in the Istanbul meeting was how to achieve this balance, particularly given Ankara’s emerging policies in two specific arenas.

The first of these arenas is nuclear power. Turkey has already signed an agreement with the Russian-owned company, Rosatom. According to this agreement, Rosatom will both finance and build a nuclear reactor with fuel supplied by Russia. The company also will handle the disposal of spent nuclear fuel. In exchange, Turkey will purchase 70 percent of the electricity output at an average fixed price.

The sticking point in the Washington-Ankara relationship is not Russia’s role in this transaction, but that Turkey has not yet addressed the domestic regulatory, safety and security challenges that will come with the building of the reactor. Turkey broadly lacks the technical and institutional resources to manage these complex demands.

The second arena in which Turkey’s policy is prompting questions is Ankara’s desire to build a missile defense system outside of the NATO framework. While it is considering a number of firms as potential partners, the fact that one of these is the Chinese company Precision Machinery, which is currently under U.S. and European Union sanctions, is generating growing concerns in Washington.

The February Istanbul discussions demonstrated that Turkey and the United States cannot address the tensions and even misunderstanding generated by these two initiatives without expanding both the range and frequency of communication and cooperation between relevant experts from both countries.

Peer-to-peer exchanges on a bilateral basis and also through the multilateral arena of NATO are urgently needed, along with a number of other related initiatives. These could include a set of regular discussions between Turkish officials and representatives of the U.S. Nuclear Regulatory Commission, with a view to generating proposals that will help Turkey manage the challenges of nuclear energy.

As to Turkey’s plans for a missile defense system, participants agreed on a number of steps, including joint efforts by U.S. and Turkish experts to engage in a serious discussion of the security and geostrategic implications of building such a system outside NATO. The publication of jointly authored papers in the International media could provide a useful venue for highlighting the risks attendant to such a system, as well as possible alternative ways of meeting Turkey’s security concerns within a NATO framework.

Several of the American and Turkish dialogue participants have already set out a number of ideas for meeting these challenges. Their publications have emerged in tandem with ongoing efforts by officials in both Ankara and Washington to push forward some of the concepts generated by the dialogue.

But for maximum and sustained impact, it is essential that the U.S.-Turkey Strategic Dialogue be pursued, at the very least, on an annual basis, and that peer-to-peer exchanges with specialists from civil society, academia and business in both countries take place on a regular basis so that they can forge a common problem-solving approach to diverse proliferation challenges in the region.

The above findings are laid out in greater detail in the U.S.-Turkey Strategic Dialogue conference report, published by EDAM with funding provided by USIP. This funding will make it possible for EDAM not only to give the report wider attention in Turkey, but also to help ensure that the report will provide the foundation for continuing the dialogue in the coming year.

EDAM’s support for that discussion is part and parcel of a wide range of analytical activities that have been undertaken by its director, Dr. Sinan Ulgen, and his colleagues. In the coming months, as Turkey’s leaders strive to assemble a coalition government after the parliamentary elections of June 7, EDAM will continue to serve as a vital, non-partisan forum for addressing challenges at home, in the region, and in the wider global community.

Daniel Brumberg is a special advisor at USIP focusing on issues of democratization and political reform in the Middle East and the wider Islamic world. He also is an associate professor at Georgetown University. 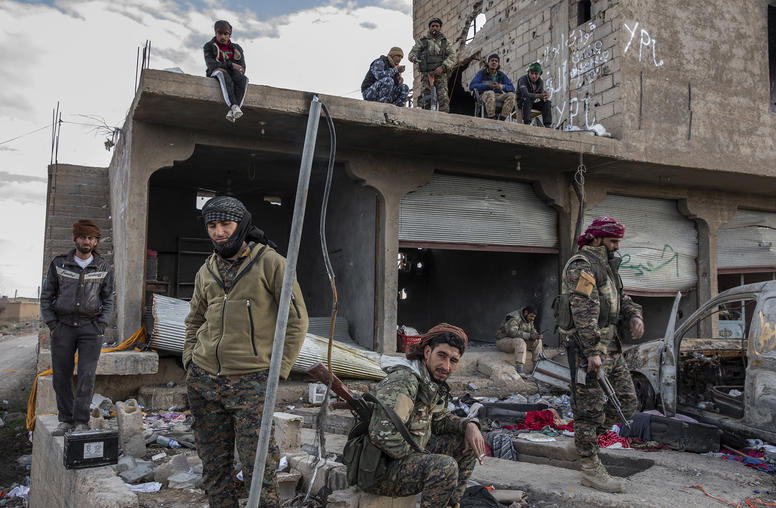 Following the U.S. withdrawal of troops from border posts, Turkey launched a military offensive into northeast Syria to clear a terrorist corridor, according to Turkish President Erdoğan. Mona Yacoubian examines the decision to withdraw, the risks of Turkey’s incursion, and the future of U.S. policy in Syria. 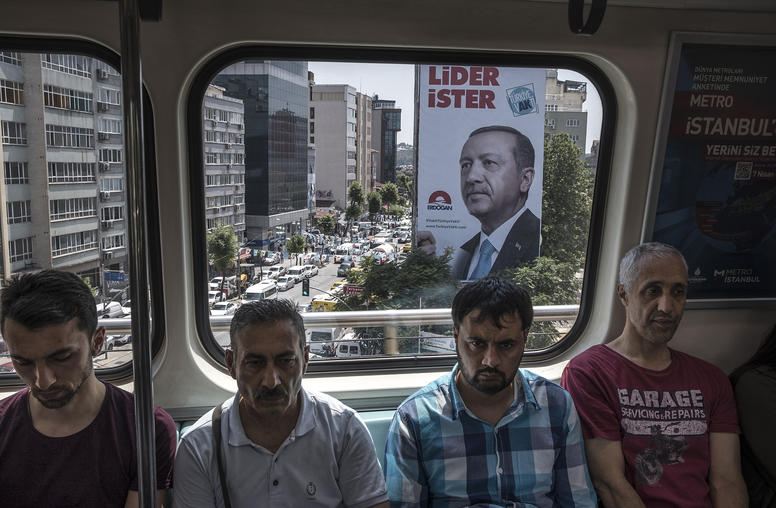