Two decades into the 21st century, women remain mostly invisible in human storytelling about war and peace. Since a U.N. resolution in 2000, governments increasingly have recognized that the work of ending or preventing wars is weakened when women are excluded. Painstakingly, women are forcing aside historic obstacles to lead as mediators, peacekeepers and the like. Yet amid violence that has displaced record numbers of people, women remain scarcely visible in our stories of human conflict and reconciliation. These stories reflect what we value as a society. When women are missing, women are not counted.

This persistent invisibility of women in broad human culture matters. So we must use International Women’s Day, on March 8, to remind ourselves of the stories that make women visible.

As an anthropologist who works on women and war, I adhere to the precept by Ruth Benedict that “the purpose of anthropology is to make the world safe for human differences.” A central part of anthropologists’ research is listening to the stories people tell about themselves. Benedict’s maxim naturally requires us to respect these stories, with their differences—the only way to really begin to understand the human condition.

Anthropology also understands that stories convey power. In any setting, a concentration of power lets its holder control the narrative of the story. A wider sharing of storytelling is the first step toward achieving a democracy of power.

The rise of digital social media, like that of the printing press 500 years ago, is broadening people’s ability to tell their stories. As before, this is eroding the exclusive control of the powerful. The #MeToo movement’s explosion across the globe shows what is possible—and also, how far we have to go—in letting unseen, unheard women speak to us.

The Power of Women—and Film

Film is another medium that increasingly helps us to see the realities of women facing war and violence as it also inspires people to make a difference. A powerful example is the 2008 documentary from the Liberian civil war, “Pray the Devil Back to Hell.” Liberian women—Christians, Muslims, old, young, urban and rural—dressed in white and marched peacefully in the thousands to confront the country’s armed factions and its warlord president, Charles Taylor. The women demanded an end to civil war, the recruitment of child soldiers and other abuses. To pressure apathetic men to support their movement for peace, the women withheld sex from their partners. To force real peace negotiations, women surrounded the venues of the languishing peace talks and prevented negotiators from leaving until an agreement was reached.

The film, produced by Abigail Disney and Gini Reticker, includes the story of a then little-known Liberian peace activist, Leymah Gbowee, who helped lead the nonviolent movement and eventually shared in the 2011 Nobel Peace Prize.

Moving documentaries by journalist Sharmeen Obaid-Chinoy reveal urgent struggles of Pakistanis against the violence committed by men to maintain utter control over women in their power. Her 2012 film “Saving Face” documents the horror of acid attacks, in which men go largely unpunished for throwing acid in the faces of their victims, disfiguring and often blinding them.

The mainly hidden violence of “honor killings” in violently patriarchal societies is illustrated in “A Girl in the River,” Obaid-Chinoy’s 2015 production. Both films won Oscars as their years’ best short documentaries. Speaking at USIP in 2016, Obaid-Chinoy explained, “A film cannot achieve social change by itself, but it can be used as a tool that prompts dialogue and consensus.” Obaid-Chinoy used “A Girl in the River” to energize that dialogue in her country, showing it to audiences nationwide and illuminating the human side of this violence. When justice is achieved, such as the case of the young women who survives, it gives courage and hope to others.

A non-documentary film that has brought social change is Angelina Jolie’s “In the Land of Blood and Honey,” which peeled back the long-sealed secret about the sexual violence and rape inflicted on an estimated 20,000 to 50,000 women during Bosnia’s 1992-95 war. Jolie’s film inspired then British Foreign Secretary William Hague to take this issue into the policy arena, and they co-hosted a global conference in 2014 on preventing rape as a tactic of war. Nearly 150 governments endorsed a Declaration of Commitment to End Sexual Violence in Conflict.

These stories make visible the struggles and triumphs of women around the world, and ensure that they become the bedrock of social change. This is why we celebrate International Women’s Day. 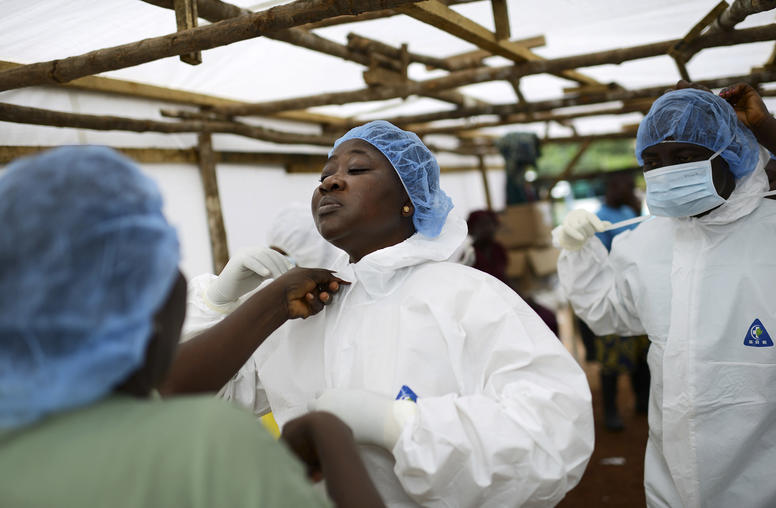