In an era of global disorder—propelled by the intertwined dynamics of globalization and proliferating technology—the Middle East and North Africa (MENA) stand out as perhaps the most chaotic region. A proverbial “canary in the coal mine,” the MENA region’s numerous conflicts and endemic instability have exposed the inadequacies of the post-World War II order in addressing complex 21st century challenges. Disruption and dislocation will define the region’s “new normal,” with reverberating impacts that will be difficult to contain. As both the United States and Europe have an interest in peace and stability in the region, cooperation will be critical to addressing this instability.

While there is a common transatlantic understanding of the main threats to peace and stability in the MENA region, the United States and Europe diverge most significantly in their approach and urgency concerning two—Iran’s long-term ambitions and the generational Israeli-Palestinian conflict. Despite the tension that this divergence creates, significant overlapping interests exist in other areas. Nurturing transatlantic cooperation to address these common threats and developing new ways to cooperate will be essential. Focusing on maintaining strong ties at the working level can serve as an important strategy for preserving and building on substantive gains despite higher-level tensions.

Perhaps counterintuitively, the Middle East offers one of the most successful recent instances of transatlantic cooperation as embodied in the Global Coalition to Defeat ISIS. Formed in September 2014 after the self-proclaimed Islamic State (ISIS) swept across large swathes of Iraq and Syria, the Global Coalition is anchored by strong U.S.-European cooperation at its core, with NATO as a key member. Its multifaceted mission addresses all aspects of the counter-ISIS campaign. Most significantly, the effort offers a potential blueprint for sustained cooperation. Its architecture includes burden sharing, regional involvement, and an efficient division of labor. Despite concerns over growing U.S. tension with NATO members, the launch of a new NATO-led training mission in Iraq was announced at the July 2018 NATO summit, underscoring the durability of cooperation in this area.

The United States and Europe share multiple counterterrorism interests: aviation security, returning foreign fighters, and countering the spread of online radicalization, among other issues. Important space exists here for continued cooperation on intelligence-sharing, interdiction, prevention, and shared lessons learned on best practices. In some instances, cooperation is even deepening despite transatlantic tensions in other realms.

The generational challenge posed by the fallout from the Arab uprisings remains an enormous task that must be addressed largely from within the Arab world. Nonetheless, the United States and Europe share an interest in bringing greater stability to the region. Here, a useful division of labor could help make these challenges more manageable. France, for example, has asserted more of a leadership role in Libya, while the United States maintains the lead in Iraq. Certain challenges will demand joint U.S. and European leadership:

Increasingly, global disorder will push actors on both sides of the Atlantic to grapple with complex challenges using more creative approaches. Traditional transatlantic mechanisms for cooperation ideally will be complemented with new efforts that broaden engagement. These approaches should encompass a wider array of stakeholders including sub-national actors, civil society, religious leaders, diasporas, and the private sector. As the United States and Europe are forced to address the complex challenges of this new era, the MENA region offers an important test bed for such new approaches.

This article was originally published at CFR.org. 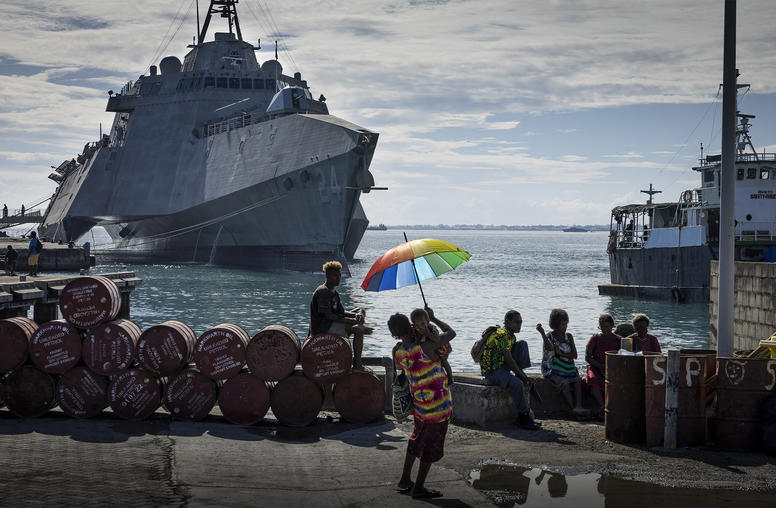