Yet there is still much to learn about how young people influence nonviolent campaign dynamics. Are young people especially important to movement success? What about other short- or long-term effects of youth participation? How does youth identity overlap with other identity categories like gender, race and religion?

Young activists are especially creative and open to new ways of doing things, including when it comes to bridging cultural and ideological divides. Studies show that creativity and tactical innovation are key determinants of movement success — and young activists have driven tactical innovation in digital spaces and often offer creative fuel for civic culture during protest movements. In addition, USIP case studies suggest that youth activists are more willing to work across traditional societal lines than their older peers, and that youth movements often reject party affiliations and call for wholesale political or “system” change, thereby winning supporters across existing political divides.

An important caveat, however, is that these advantages do not necessarily transcend other major societal cleavages. In the survey experiment described above, the positive effects found by framing protests as “youth protests” only held when respondents’ religion matched that of the described protesters. Respondents were not eager to join protests composed primarily of religious out-groups, even youth-oriented ones. In other words, in the absence of genuine efforts to build cross-cutting coalitions, simply framing movements around “youth” will do little to produce a truly inclusive process.

At a recent USIP event, experts and youth activists noted that despite their importance, youth are often marginalized in movement spaces. Rather than adopting an allyship model, civil society organizations too often treat young people as if their activism needs to be structured by older adults to be effective. Likewise, political parties tend to be hierarchical and dominated by older adults, leading to youth disillusionment in politics. Today’s youth feel instrumentalized: Young people endure significant risk of harm as front-line activists, but are denied agency over movement strategy and rarely ascend to positions of political influence even after successful nonviolent campaigns.

In other words, young protesters are at a disproportionately high risk and receive few direct rewards. This cycle has played out in numerous cases, such as in Tunisia, where youth unemployment remains high despite youth activism during the 2011 revolution, and Sudan, where youth risked their lives to oust Omar al-Bashir in 2019 but have been largely excluded from the transition process.

Social Movements By and For Youth

Going forward, civil society organizations and social movements should do more to deliberately recruit young people. This starts by including and prioritizing young people’s goals and aspirations, and by offering to walk with youth as they engage in political advocacy rather than imposing a predetermined structure or set of priorities.

This is not to be mistaken as charity. Extensive youth participation substantially increases the likelihood of campaign success, so civil society organizations are powerfully incentivized to do a better job engaging youth as well as rewarding them for embracing the risks inherent to nonviolent activism in repressive contexts.

In addition, panelists at the USIP event recommended investing in programming on youth political engagement, which can prepare young people to make the transition from grassroots activism to political leadership. Trainings in public speaking and campaign management should be more prevalent and should be incorporated in the early stages of activism to develop skills that will bear fruit later on. This is especially important for young women, who are less likely to be included in such opportunities compared to their male counterparts.

Ultimately, both research and expert analysis agree that youth activism is a critical ingredient for successful nonviolent activism. Young people have been at the heart of many of the world’s most impactful nonviolent campaigns, and the trend shows no signs of stopping — and we are all the better for it.

Note: The research detailed above was part of a two-year project conducted by USIP’s nonviolent action and peacebuilding team in partnership with USAID’s Center for Democracy, Human Rights, and Governance. 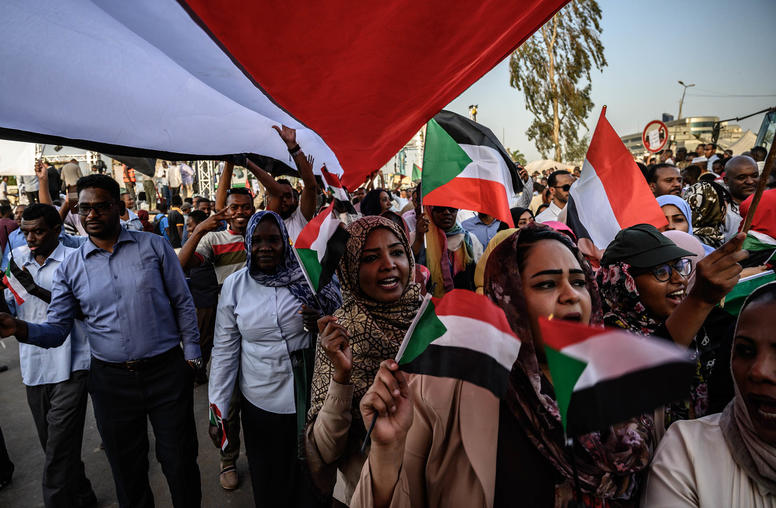