The Solomon Islands parliament is due to be dissolved in May of next year, which would require that the election occur within four months. But on September 8, members of parliament are set to vote on a new bill, introduced by Sogavare in August, to amend the constitution and postpone the election to 2024 — a move that has been criticized by the opposition party as a power grab by an increasingly authoritarian prime minister.

Sogavare claims that it’s necessary to delay the election until after the Pacific Games, which Solomon Islands will host in November 2023. But this is an excuse — Sogavare is afraid of losing power. Between calls for his resignation and a no-confidence vote last year — as well as extensive criticism of his increasingly close relationship with China and his recent moves to restrict the media — Sogavare knows he is unpopular and is worried he will lose the election.

But he still has parliamentary backing, and when parliament votes on the bill on September 8, it is likely to receive the two-thirds support required to pass, according to opposition leader Matthew Wale. Its passage would raise the question of whether Sogavare could postpone the election a second time. Sogavare claimed last month that the election delay would be a “one-off,” but Wale and others have expressed concern that amending the constitution would set a precedent for Sogavare to do so again in the future.

The move to delay the election comes amid growing alarm in recent months about the erosion of democracy in Solomon Islands, including the secretive and unprecedented security pact that Sogavare signed with China in April, which allows Solomon Islands to invite Chinese security forces into the country to quell local unrest. As soon as the pact was signed, some Solomon Islanders worried that Sogavare would use the agreement to stay in power and crack down on his political opponents. Many see the security pact as being aimed at Malaita, Solomon Islands’ most populous province, which has maintained ties to Taiwan.

Unrest Could Lead to Chinese Intervention

Delaying the election may spark protests, which could easily become violent. In turn, any violent unrest could give Sogavare the pretext to call in Chinese police or military personnel under the auspices of the new security pact. Wale believes that with widespread opposition to the bill among civil society, Sogavare may seek to use Chinese security forces to crack down and consolidate his power. In addition, any unrest in the country over the next year may give Sogavare another excuse to delay the election.

It wouldn’t be the first time Sogavare has called upon foreign security services to restore order. Last November, Solomon Islanders held protests demanding that he resign — an expression of frustrations that had been building since 2019, when Sogavare switched recognition from Taipei to Beijing. Although the protests were initially peaceful, they culminated in riots and burned buildings in the capital’s Chinatown district. Sogavare sought assistance from Australian security forces, which narrowly prevented him from being removed from office, according to a regional diplomat.

If Sogavare’s move to delay the election ignites unrest, the deployment of Chinese security forces in the country would create even greater instability. Including the riots in November, Solomon Islands has a long history of turmoil fueled by frustrations with China’s role in the country, and Chinese security forces attempting to restore order are likely to achieve the direct opposite.

Moreover, there are concerns that China may bring to Solomon Islands the harsh policing tactics that it has used against citizens in Hong Kong. In March, Solomon Islands police were photographed holding replica assault rifles donated by China, creating unease about the secrecy of the donation and the possibility that Beijing might arm local police with real weapons. Sogavare said in July that he wants China to play a permanent role in training the country’s police force.

The Next Election Could Reverse China’s Gains

If the Solomon Islands opposition party returns to power in the next election, it could fundamentally alter the country’s relationship with China. Peter Kenilorea Jr. — a member of parliament and the son of Solomon Islands’ first prime minister — said in July that he wants to scrap Sogavare’s security pact with Beijing, which he sees as solely beneficial to China.

Sogavare’s political rivals have also focused on the controversial decision to recognize China in 2019. Kenilorea has stopped short of committing to a diplomatic switch back to Taipei, but it is a move he would likely consider, while Daniel Suidani, the premier of Malaita, says Solomon Islands should recognize Taiwan because of shared democratic values.

China most likely knows that Sogavare’s potential defeat in the next election would jeopardize its significant gains in Solomon Islands in the last three years. Beijing will seek to preserve the security pact, which is laying the groundwork for a Chinese military presence in the country and represents an unusual win for China in a region that traditionally prefers other security partners. China will also seek to maintain its diplomatic relationship with Solomon Islands, especially after pouring so much effort — and funding — into securing the switch in 2019.

Beijing has helped Sogavare stay in power before. Last December, when Sogavare faced a vote of no confidence, China provided Solomon Islands with $2.49 million for a national fund to be used “at the prime minister’s discretion.” Notably, members of parliament who voted against the no-confidence motion each received about $30,000 from the fund.

Ultimately, the stakes of the next election are high both for Sogavare and for Beijing, which raises the risk that Sogavare may look to China to help him cling to power — and China may see incentives to do so.

Are There Opportunities for the United States and Its Partners?

Recently, Solomon Islands has sent mixed signals to Washington, and the United States has little transparency into Sogavare’s decision-making. In late August, Solomon Islands failed to grant port access to a U.S. Coast Guard cutter, and then halted all ship visits in a departure from routine, although the government has since declared Australia and New Zealand exempt from the ban. Earlier in the month, Sogavare skipped a memorial service for the 80th anniversary of the Guadalcanal campaign in an apparent snub of a high-level U.S. delegation, although U.S. officials had the opportunity to meet with him separately during their visit.

Sogavare can often be suspicious of Australian and U.S. intentions, and he most likely won’t be receptive to requests from Canberra and Washington to hold the election on time. This week, Solomon Islands rejected Australia’s offer to provide election funding, calling the proposal “foreign interference.” The situation in Solomon Islands is one that Washington and its partners must watch closely, especially as the United States prepares to establish an embassy in the country and steps up its engagement with the region more broadly.

If Solomon Islands experiences unrest in the coming weeks or months, the United States should encourage Australia to fulfill its traditional security role in the country, if possible. Pacific Island countries such as Tonga and Fiji have also played a peacekeeping role in Solomon Islands in the past, and their presence alongside Australian police would be far more constructive than the presence of Chinese security forces. Meanwhile, the Pacific Islands Forum — the region’s leading intergovernmental organization — could be leveraged to encourage the preservation of democratic principles in Solomon Islands. Among regional partners, Sogavare will probably be most receptive to overtures from fellow island leaders. 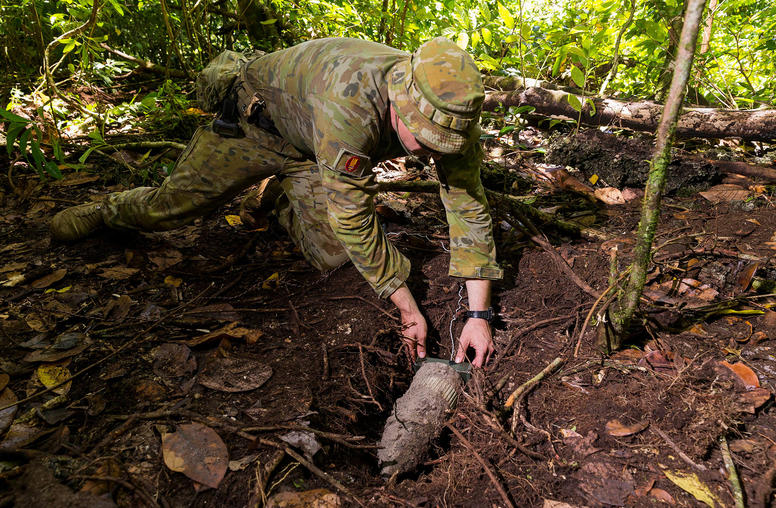 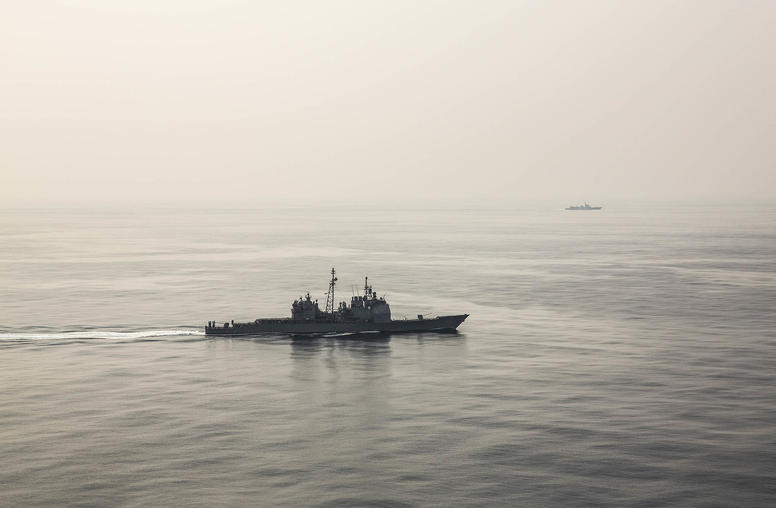 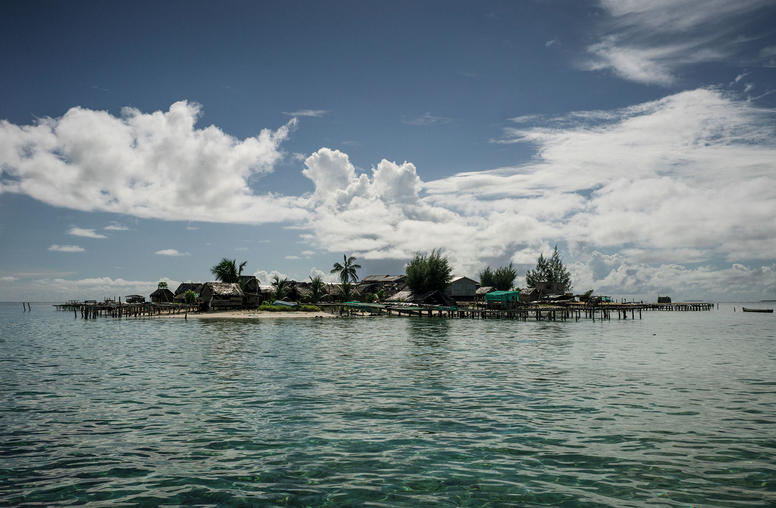