Kenyans head to the polls on August 9 to vote for president, members of the National Assembly and Senate, and County Leadership for the country’s 47 counties. Elections are an important moment for any country, but the stakes are particularly high for Kenya ahead of Tuesday’s polls. Election violence has been a major issue in previous elections, and there are fears that this vote could spur conflict. Kenya’s next government will face significant challenges. Like many countries in the region, Kenya is suffering from a severe drought, rising debt and inflation, with food prices soaring by 15 percent in the last year. With the largest economy in East Africa, Kenya’s stability is critical for the wider region.

Sisters Without Borders, a USIP partner in East Africa, has been engaging directly with Kenyan citizens this past year to discuss their concerns leading up to and after the election. USIP’s Nicoletta Barbera discussed these points with Amriya Issa, a member of the Sisters Without Borders network and a member of the Governor’s Young Leadership Program at the County Government of Mombasa

Amriya, in your opinion, why does this upcoming election matter for Kenya and what is at stake?

This general election matters because it is our constitutional right to elect leaders every five years who will foster good leadership by first understanding the hopes and aspirations of Kenyans. We hope that the leaders that we’re voting into power can serve the Kenyan citizenry. However, given the current political situation, we have concerns going into this election period. There is a high chance that political aspirants are likely to use Kenya’s large youth population to incite violence. Young people are easily polarized along political party affiliations, ethnic background, geographical locations, you name it, and an example of this was seen in the 2007 post-election violence in Kenya. I feel like what is at stake as far as the upcoming elections is the peace that we hope will be maintained in the context of free, credible and fair elections.

What are some of the concerns that you've heard from Kenyan citizens about what matters to them in this election?

The first thing that matters the most to Kenyans in the upcoming election is maintaining peace during the electioneering period, as I’ve mentioned. The second issue is around electing leaders who are going to exercise leadership on core issues that affect us as Kenyans. For instance, matters to do with the reduction of public debt, which stands at around 9 trillion Kenyan shillings (approximately $76 billion). We want to see elected leaders that are going to ensure that the public debt is reduced. Additionally, inflation is quite high given the war between Ukraine and Russia and the effects of the COVID-19 pandemic. Kenyans feel that the prices of food and even the costs associated with doing business should be lowered to account for the hike in prices so that purchasing power increases. Finally, what also matters greatly to Kenyans is to elect leaders who will ensure that the current weaknesses in some of the governance systems are addressed.

The work that the network has been doing is tremendous, both in Kenya and in the East Africa region. A good example is in March of this year when the Sisters Without Borders network launched a unified activity that brought members of the network together across the three countries of programming (Kenya, Uganda and Tanzania) for a “Peace Caravan.” One of the most important highlights that came up during conversations along the Peace Caravan route in Kenya was messages about ensuring that we have a peaceful election before, during and after the August 9 general elections.

I feel like Sisters Without Borders is having a tremendous influence on the Kenyan population, especially in reaching women and youth who are most often affected whenever there is any form of violence on matters to do with elections. Organizations within the Sisters Without Borders network have also been doing very important work on promoting peace at the grassroots level, for example, in ensuring peaceful messages from communities are sent to the electorates in Nairobi on what is at stake for Kenyan citizens.

Continuing on this theme of working in the women, peace, and security space — are there any distinct messages you're hearing from Kenyan women and girls about why this election matters to them?

The most important issue that I’ve heard women express concern about, especially looking to the post-election phase, is fear about the use of sexual violence. Following the 2007 election, many women were harassed, sexually assaulted and even gang raped. Women can be the targets of election violence, and violence against women can escalate also due to other contributing aspects of their identity, such as political affiliation and ethnicity. Gender-based violence (GBV) cases are increasing every day in Kenya. I live in Mombasa and in the Mombasa County Situation Room in Tononoka, for example, we record up to 50 cases of gender-based violence every day. So just think, if we can record up to 50 cases of GBV cases in peaceful times, how high will those statistics escalate if there is high election violence. Finally, women also suffer even before Election Day because they see their children being manipulated by politicians and used to incite violence, as I mentioned earlier, and they bear the responsibility for their children.

Regardless of one’s political affiliation, this is a historic election in that a woman, Hon. Martha Karua, is on the ballot as candidate for deputy president for the first time in Kenya’s history. Is there anything you can share about what this means for women in Kenya?

When the news about Honorable Martha Karua was announced, women across Kenya felt so much more involved in this particular election. Women feel like their issues are going to be heard, because only a woman can understand a woman. So, in that aspect, having a political party leader, and seeing a woman on the ballot as deputy for the first time ever in Kenyan history, actually instills hope in us as women and girls that our issues and voices will be heard.

Finally, I think more can be done in the months leading up to the election period to help support Kenyan capacity on countering false narratives and harmful messages that emerge in the pre-election period. Violence has been instigated even in these last few months leading up to the election, and it would be useful to have tools available for countering these harmful narratives and widely promote messages of peace prior to Election Day.

Thank you, Amriya. Any final thoughts before Kenyans head to the polls next Tuesday?

We’ve seen countries without peace crumble into turmoil. Without peace nothing moves, from the education system to the economy. My hope is that this election process is going to be peaceful, and that whoever wins, wins and whoever loses accepts the results and we then move forward together. I also want to say that youth should never fight against each other. We (youth) are the ones who are being used to turn against each other, to incite violence against each other, and it escalates and escalates further.

I am a member of a transformational program called the Governor’s Young Leaders Program in the Governor’s office under the County Government in Mombasa. We are currently in the process of shooting a video message for all Kenyans to promote and emphasize peaceful campaigns as we head toward the forthcoming general elections. Let us all have a peaceful election, which is a concern for every Kenyan.

William Ruto’s emergence as Kenya’s fifth president represents a paradigm shift in the country’s politics. Ruto’s campaign was comprised of a mass movement of workers, the jobless, peasants and other “hustlers” and sought to distance itself from the dynasties that have long run Kenya’s politics. While Ruto was born in a small rural village in the Rift Valley, his opponent, Raila Odinga, is a former prime minister and the son of the country’s first vice president. Marginalized Kenyans see Ruto as the personification of a transformational agenda that centers their plight, defining a contest between hustlers and dynasties. While Kenya faces a dire economic situation, Ruto’s biggest challenge may be overcoming the country’s legacy of ethnic politics and building national cohesion.

Amid lengthening droughts in a changing climate, millions of herders in northern Kenya are watching their traditional grazing lands dry and harden. As in pastoralist regions from Mongolia to the Sahel, Kenyan herders are now guiding their cattle, camels, sheep or goats longer distances in search of pasturage. The competition for scarcer grassland and water has triggered conflicts and bloodshed among herding communities. But at the grass roots of northern Kenyan society, activists are combining local knowledge and peacebuilding skills to create new ways for rival groups to cooperatively adapt to the changes from a degrading climate.

On August 15, William Ruto was declared president-elect of Kenya, following a vote last week. His chief competitor, Raila Odinga, rejected the results and says he will go to court to seek their invalidation. So far, little evidence of electoral misconduct has been presented, with most observers suggesting the conduct of the polls improved compared to the last vote in 2017. As the country waits for the judicial process to unfold, here are three takeaways from this year’s Kenyan experience. 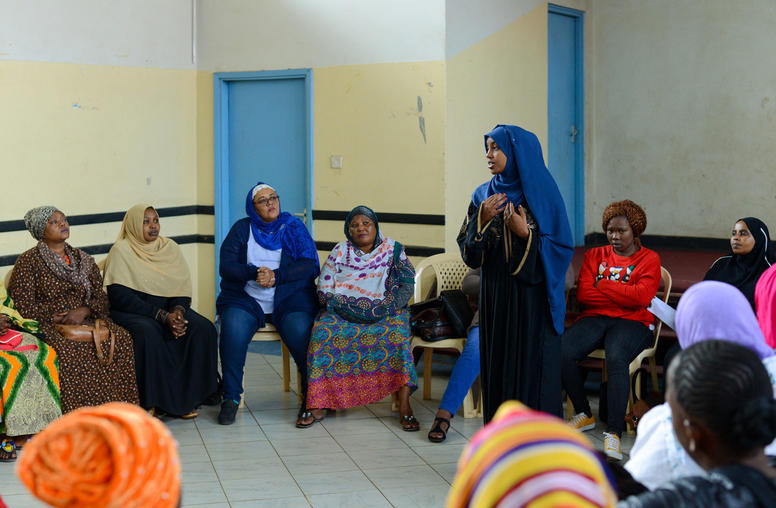