Earlier in the conversation between the two leaders, Belarusian President Lukashenko and Putin discussed their worries related to the fraught security environment they believe NATO countries created. Most immediately, they highlighted Lithuania’s recent enforcement of EU sanctions against Russia to block rail access to the Russian exclave of Kaliningrad. Lukashenko characterized Lithuania (along with Poland, which he claimed sends the most “mercenaries” to fight in Ukraine) as pursuing a “confrontational policy.”

More broadly, Lukashenko indicated concern about “training flights by the U.S. and NATO airplanes, which practice carrying nuclear warheads and nuclear weapons.” As a result, he requested help from Putin to retrofit Belarusian Su-35 jets to carry nuclear weapons. “I am not saying we will or you will bring nuclear weapons there tomorrow,” he explained. “But this is no joke. We remember 1941, when they kept trying to lull us into a false sense of security. ‘Everything will be fine, all is quiet, nobody will attack you.’”

Lukashenko then concluded: “In the end, we were unprepared for that,” reaching for a comparison to the Soviet-German non-aggression pact that the Nazi’s ultimately ignored to invade the Soviet Union. Ultimately, he told Putin that he wanted to be “ready for anything, including the use of the most serious weapons so as to protect our Fatherland from Brest to Vladivostok.”

Other Russian government officials have similarly compared the current situation in Europe to the 1940s, placing Russia squarely in the role of victim of outside powers’ aggression. At a meeting with his counterpart in Baku on June 24, Russian Foreign Minister Sergei Lavrov recalled that Hitler built a coalition of mostly European countries to attack the Soviet Union. In the same way, he claimed, “the EU together with NATO is gathering a modern coalition to fight” Russia.

By framing the West as building an aggressive coalition, Russian officials can then paint Russia as a victim taking the steps necessary to defend itself. In his meeting with Lukashenko, Putin highlighted that the United States has 200 tactical nuclear weapons in six NATO countries that are ready to be deployed on both American and European planes. And whereas the United States has bases outside of its territory for such weapons, “Russia does not have a single base of this kind,” Lukashenko pointed out. Putin initially demurred, saying that “we probably should not respond” but that they “must take care of our unconditional security, the security of the Union State [between Russia and Belarus] and maybe even that of the other CSTO member countries.” Therefore, he proposed modernizing Belarusian Su-25 jets (instead of the Su-35s Lukashenko suggested) to carry nuclear weapons and training Belarusian pilots in their use, as well as transferring Iskander-M systems to Belarus. The remaining details have been left to both countries’ general staffs to work out, but several questions about the deployment remain unanswered — including the number of missiles to be transferred and the training timeline for Belarusian pilots.

Perhaps more important, however, is the question of who will retain operational control of any nuclear-armed Iskander systems or aircrafts equipped with nuclear weapons once deployed. Putin and Lukashenko’s allusions to NATO suggest they may consider an arrangement akin to NATO’s nuclear sharing policy. This arrangement allows certified Allied aircraft to carry nuclear weapons while keeping the weapons fully under U.S. control and protection in peacetime — a system that critics have suggested breaks the Treaty on the Non-Proliferation of Nuclear Weapons (NPT), but the United States asserts that the treaty would not be in force during wartime.

If the Russian-Belarusian arrangement follows this model, Russian servicemembers would maintain control over any nuclear deployment in peacetime, while training Belarusian pilots to potentially use them during war. Should Russia instead intend to transfer full operational control to Belarus, however, such a decision would be an extreme step: To proliferate would be a flagrant violation of the NPT and represent a significant deterioration in the already degraded Cold War arms control architecture.

There are several potential NATO responses to Russia’s announcement, depending on how the new systems are possibly deployed. Putin’s announcement may indeed follow previous examples of Russian nuclear bluster, especially given that it occurred on the eve of the G7 summit in Germany — where the world’s largest economies met to discuss, among other issues, remaining unified in their response to Russia’s invasion of Ukraine — and amid Lithuania’s sanctions enforcement efforts. Empty Russian threats alone are unlikely to elicit a change in NATO’s nuclear policy.

Should the missiles be deployed, however, they will further complicate NATO defense planning at the very least. The Iskander missile was designed to avoid missile defenses. A new, permanent deployment to Belarus would complement such systems already deployed to Kaliningrad, which Western officials have called “destabilizing” before. Moscow has attempted to use these systems to intimidate NATO states surrounding Kaliningrad.

If the new systems are deployed, NATO has both conventional and nuclear potential responses. At the 2022 NATO Madrid Summit, the member-states approved further steps to fortify the alliance’s eastern flank. NATO could expand its conventional presence in Eastern Europe in response to any potential Russian nuclear deployment. At least one former high-ranking NATO official has proposed that NATO considers revoking the “three no’s” of the NATO-Russia Founding Act in response. Article IV of the document states that NATO members “have no intention, no plan and no reason to deploy nuclear weapons on the territory of new members, nor any need to change any aspect of NATO's nuclear posture or nuclear policy — and do not foresee any future need to do so.”

Overturning this policy could include expanding deployments of nuclear-capable systems to former Warsaw Pact NATO members. In practice, this could place Russian and NATO nonstrategic nuclear weapons systems in closer proximity to each other, decreasing the distance and time required to launch and increasing the potential for escalation to a broader nuclear exchange.

No currently serving NATO official (or officials in any member-state’s government) has publicly endorsed revoking the “three no’s.” But it is among the responses that could be considered. Thus, should Russia deploy new nuclear systems to Belarus and NATO’s response includes new deployments of its own, the security situation in Europe could be further destabilized. 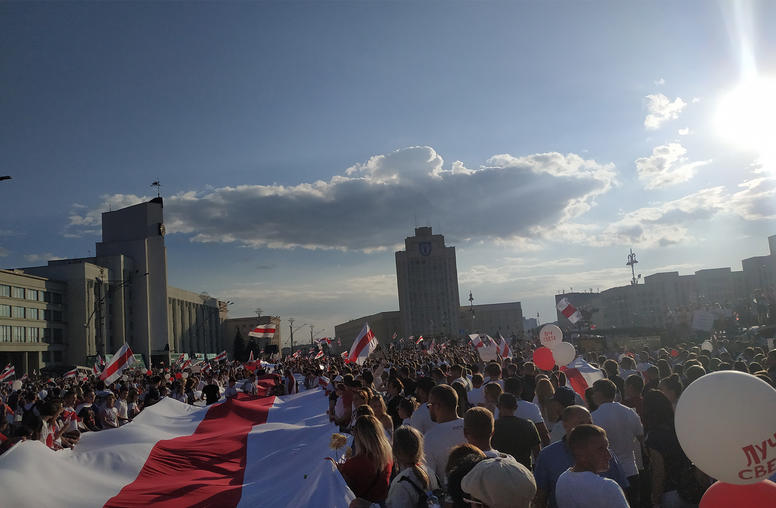