The key to change in Quang Tri has been effective coordination between local government and non-governmental partners. A U.S. veteran, Chuck Searcy, helped to establish Project RENEW as a joint effort between Quang Tri province and international donors. In 2015, the province set up a war legacies coordination center, now called the Quang Tri Mine Action Center (QTMAC). QTMAC determines priorities for UXO clearance and assistance across the province; the military, international mine/UXO clearance agencies and other non-governmental organizations (NGOs) carry out programs and report their results to an integrated database. Quang Tri’s experience shows the positive, innovative role that local governments can play in peacebuilding, even in non-democratic contexts such as Vietnam.

The majority of funding for UXO clearance, risk education and survivor assistance in Quang Tri has come from the U.S. Department of State’s Office of Weapons Removal and Abatement. Since 1994, the U.S. has provided more than $185 million to support UXO clearance, risk education, survivor assistance and capacity development in Vietnam, including $17 million in fiscal year 2022 and $19.5 million in fiscal year 2023. Quang Tri has been the primary focus of this support to date.

Three international UXO clearance organizations currently operate in Quang Tri: Mines Advisory Group (MAG), Norwegian People’s Aid/Project RENEW, and PeaceTrees Vietnam. Participatory lessons for elementary schoolchildren on how to avoid UXO accidents have been developed by Catholic Relief Services (where I used to work) together with provincial and national education departments. Quang Tri is also one of the focus provinces for USAID’s growing effort to support persons with disabilities, including those affected by Agent Orange.

In the late 1990s, landmines and UXO became the second main area of war legacies cooperation between the United States and Vietnam after years of support for the full accounting of Americans missing in action. As bilateral cooperation expanded after 2000, the scale of the UXO problem seemed immense. Official sources estimated that over 80 percent of land in Quang Tri was contaminated, especially by cluster bombs, and clearance would take over 100 years.

This picture began to shift when QTMAC’s database unit and international operators conducted an impact survey in 728 villages across the province, the first survey of its type in Vietnam. Completed in April 2022, the survey identified confirmed hazardous areas totaling 51,000 hectares (about 200 square miles) that, if operations continue at the current rate, can be cleared in another 12 and a half years. Even in the most heavily affected areas, landmines and unexploded ordnance are problems that can be solved over several decades of coordinated efforts: not completely eradicated, but made safe for residents, agriculture and community development.

Expanding the Quang Tri Model Across Vietnam and Beyond

Quang Tri is the most heavily affected of Vietnam’s 63 provinces but not the only location affected by landmines and UXO. Other central and southern provinces, as well as areas along Vietnam’s northern border with China, also require assistance. National coordination of the effort to resolve UXO/landmine legacies is the responsibility of the Vietnam National Mine Action Center, established in 2014. Effective expansion of Quang Tri’s model to other provinces depends on a conducive operating environment for donors and NGOs, detailed baseline data to enable prioritization of funds according to local needs, and stronger local capacity.

After four years without UXO accidents, the people of Quang Tri have once again been reminded of the dangers of wartime munitions. In February 2022, a farmer was killed when a mortar round exploded during home repairs. And on June 2, 2022, a 15-year-old boy was seriously injured by a bomb fuse near the border with Laos. These tragic incidents show the need for continued cooperation to make Quang Tri — and all of Vietnam — impact-free.

In a dialogue hosted by USIP in March 2022, Vietnamese authorities expressed hope that they could share their experiences of postwar reconciliation with other countries affected by violent conflict and remnants of war. Vietnam has strong policies on disability rights and is a party to the U.N. Convention on the Rights of Persons with Disabilities, though like the United States, Vietnam has not signed the 1997 Anti-Personnel Mine Ban Convention or the 2008 Convention on Cluster Munitions. As bilateral relations improve, an opportunity exists for Vietnam and the United States to develop a realistic, long-term (5-10 year) strategy to achieve shared goals on UXO clearance and survivor assistance, building on the memorandum of understanding signed in 2013. Further U.S.-Vietnam cooperation will lead to needed progress in healing the wounds of war. 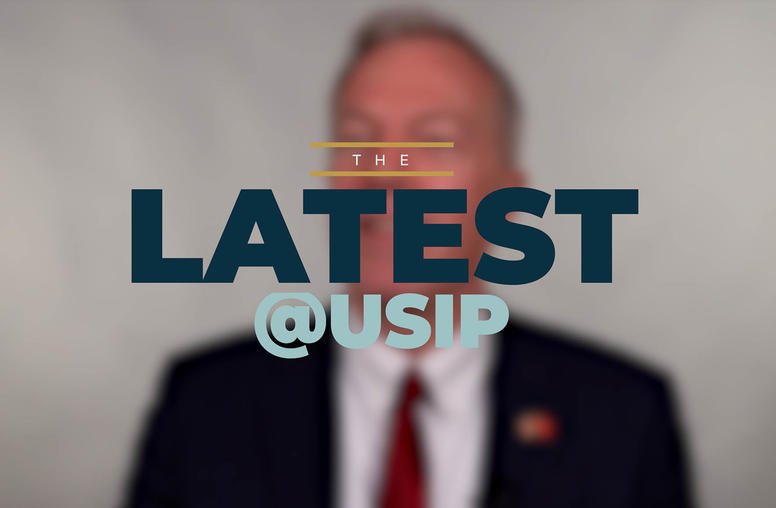