Nigeria’s overlapping conflicts — insurgencies in the north, secessionist agitations in the south and intercommunal violence — killed at least 9,700 people in 2021. Those crises, plus pervasive corruption and violent crime, are rooted in a disconnect between governance and citizens in Africa’s biggest democracy. The surge in violence since Nigeria’s last national elections, in 2015, heightens the risks for next year’s February 18 national elections, plus elections in most of Nigeria’s 36 states. As election campaigns begin in coming months, this intersection of violence and political contests only sharpens the urgent imperative to strengthen Nigerians’ ability to resolve local conflicts nonviolently.

Election-related violence in Nigeria has been driven mainly by local and state-level disputes, rather than nationwide divisions, a history that magnifies the importance of local-level peacebuilding. To bolster that capacity, USIP is advising Nigeria’s state government peacebuilding agencies and is training a group of professional Nigerian peace mediators — known as the Network of Nigerian Facilitators. This effort now has won a victory by halting more than a decade of killings and revenge attacks in two districts of Nigeria’s ethnically diverse Middle Belt region. A peace accord in the districts, Riyom and Kaura, has halted the violence, between herding and farming communities, for more than a year. Hundreds of people displaced by attacks and the destruction of villages have been able to return home.

Over generations, Nigerian farming and herding communities have customarily shared land and water — farmers raising grains and vegetables around their villages, and nomadic herders migrating each year along designated routes, their cattle foraging on grasses. The boundaries of farmlands and grazing rights are often vague, and people routinely argue over encroachments: expanded farm fields or wandering cows. But communities often have negotiated peaceful resolutions.

For decades, Nigeria’s high population growth, economic expansion and increasing droughts have made it more difficult to access land and water. Worse, notes Nigerian scholar and USIP staff member Chris Kwaja, “Conflicts over land have festered and hardened into conflicts over identity. At first people see their attackers as the specific persons who commit the violence. But with time and other factors, they expand the group they blame to entire ethnic or religious communities.”

While Nigeria’s war with Boko Haram dominates global awareness of the country’s violence, the hundreds of herder-farmer conflicts have been the single greatest cause of bloodshed in the country since at least 2017. The conflict in Riyom and Kaura played out amid the rugged hills of Nigeria’s Jos Plateau, where numerous smaller communities among Nigeria’s 250-plus ethnic groups include the Aten, Takad, Irigwe and Fantsuam. “When land conflicts erupt, these small farming communities feel they are defending themselves against a more powerful opponent because the herders are Fulanis, who are one of Nigeria’s largest, most powerful ethnic groups,” said Kwaja. “They say that ‘we don’t have political leverage or any other place to go,’ and so they feel threatened.”

“The Fulani herders have been migrating with their cattle along accepted, traditional routes for hundreds of years, but now they feel those rights and their livelihoods are threatened,” Kwaja said. Year by year, herders move along these routes to discover that expanding populations and economic development have swallowed up new tracts of their former pastures.

A proliferation of small arms and declining legitimacy of traditional rulers among some constituencies have made it more difficult for these disputes to be resolved peacefully, clearing the way for more indiscriminate violence across the Middle Belt region and elsewhere in Nigeria. “Now, fighters may drive to a village at night in trucks and attack not simply to avenge a previous loss, but to destroy the village entirely, killing men, women and children and burning crops and homes to the ground,” Kwaja explained. The land disputes have exacerbated ethnic and religious tensions between the mostly Christian ethnic minorities and predominantly Muslim Fulani.

Progress — Even Amid Violence

To succeed, peace processes must be designed meticulously, by trained, experienced specialists. Kaduna and Plateau are among the first of Nigeria’s states to have created official peacebuilding agencies that can provide this expertise. These agencies add credibility to local peace processes because their proximity to authorities lets them promote state policies to support solutions born out of such processes.

Because the conflicts in Riyom and Kaura straddled the Kaduna-Plateau border, the two states’ peace agencies worked together, first meeting in 2019 with the influential traditional rulers of the Aten, Takad and Fulani communities. “The traditional leaders at first would not even sit together in the same room,” Kwaja noted. But they came together over a vision of a better future for their own people, said Victor Abarshi, a staff member of the Kaduna State Peacebuilding Commission. With traditional rulers’ support, the peace agencies were able to gather other community leaders — and, later, community members — for peacebuilding dialogues, which had been tried, but abandoned, in the past. These men and women, too, were barely willing to tolerate each other at the start. But as they shared their stories, they found common ground.

Once the dialogues had built a foundation of trust, the mediators added some training “to help the participants ‘own’ the process,” said Joseph Lengmang, director of the Plateau Peace Building Agency. That combination, dialogue and training, “did a lot of magic in creating an atmosphere of understanding” among the groups, Abarshi said.

The dialogues, supported by USIP, yielded a December 2020 agreement among the Aten, Takad and Fulani communities to halt violence, cooperate on a conflict prevention plan and develop a permanent peace accord. In the 13 months since then, hundreds of Fulani and Takad residents displaced by the fighting have returned to their villages to begin rebuilding homes and lives. Local communities have established peace committees to resolve disputes and prevent violence. The Takad, a small community that has been politically marginalized, is pressing — with support from Aten allies — for a greater voice in governance, perhaps through the establishment of a new local government district.

The state peacebuilding agencies are a strong innovation in Nigerian peacebuilding, but they cannot resolve conflicts alone. Peace efforts in Riyom and Kaura, and elsewhere, have shown the vital roles of civic leaders — notably, faith-based leaders or traditional chiefs — and of Nigerian mediators in knitting together the state agencies and local populations in peace processes that are stronger and more sustainable. USIP has trained and is supporting the Network of Nigerian Facilitators, whose members mediate in conflicts across much of the nation.

Amid the progress, “societies like ours that are emerging from the hurts of violent conflict …[are] prone to relapses into violence,” said Nantip Joseph Laktam, a peace mediator who works for the Plateau State Peacebuilding Agency and helped conduct the dialogues and training. Nantip is part of the USIP-supported facilitators’ network.

A primary risk is that violence among nearby groups could spread back into Riyom and Kaura. After deadly attacks on farm villages of the nearby Irigwe minority threatened to spill into Riyom last year, peacebuilders expanded their initiative into three adjoining districts. Mediators from Network of Nigerian Facilitators and the state peacebuilding agencies are working to formalize a second accord, between Fulani and Irigwe communities, that would consolidate the progress achieved so far. Fulani and Irigwe women’s groups are helping to lead the effort with visits to each other’s villages. As a result, communities that had been fighting are now working with the Plateau state government to open a common weekly open-air market where their members can share commerce instead of violence.

Nantip and other Nigerian peacebuilding experts say the strategy used in this process can work elsewhere in Nigeria and in fragile states facing violent conflict. State-backed peacebuilding agencies can provide the credibility needed to bring hostile parties to the table despite active violence — although experts note that their official status must be combined with guarantees of independence and impartiality. In Riyom and Kaura, it’s notable that these agencies also have collaborated fruitfully across an interstate jurisdictional divide — something often difficult to manage.

While the progress achieved by the Kaduna and Plateau mediators is small in comparison to the scale of Nigeria’s conflicts, it shows that the country’s still-young, state-backed peacebuilding bodies are an instrument worth adapting elsewhere to strengthen democracies against the erosions of violence and extremism.

Matthew Reitman is a USIP senior program assistant on West Africa, based in Washington. Terfa Hemen is a USIP community engagement officer based in Abuja, Nigeria. 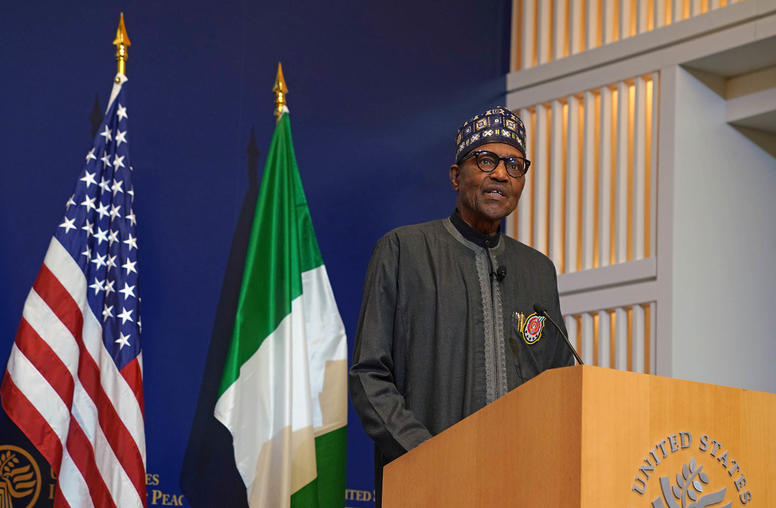