In a year replete with military coups against the principles of democratic rule, this week’s coup in Sudan and a less-noted setback in Mali underscore that U.S. and international policymakers must improve their efforts to support democracy by rebalancing their assistance to fragile states at high risk. Supporting democracy amid this season of coups means targeting that assistance at the root causes of upheaval in regions such as Africa’s Sahel. In part, this means acting quickly—but shifting our focus to long-term stability and human security, rather than simply seeking perceived short-term counter-terrorism gains.

Africa’s Sahel region is a startling locus this year of a long-unanswered, global policy problem: how to help violence-afflicted or coup-stricken states find their way to more effective, democratic governance. Of the world’s six military moves to seize state power in 2021, five were in Africa — in Sudan, Mali, Chad, Guinea and Niger (where presidential guards defeated the coup attempt). Years of ineffective governance, corruption and persistent authoritarian rule exacerbated poverty and social problems, undermining the legitimacy of governments and often driving recruitment by violent extremists. Typically, state security forces were abusive of the populations they are meant to serve. Popular frustration bred turmoil—whether mass citizens’ movements, armed insurgencies or violent extremism—that opened the door for military forces to seize power.

The urgency of better policies also rises from the U.S. government’s plan, in just six weeks, to hold a Summit for Democracy precisely to tackle the threats of authoritarianism. The realities in nations such as Mali (as well as the failings of recent years’ international responses elsewhere) suggest basic ways U.S. and international policymakers need to alter their approaches:

The Urgent Case of Mali

During years of authoritarian yet nominally democratic rule, Malian governments failed to protect the population from political and criminal violence and state predation. The country’s third army coup, in 2012, heightened instability and widened the opportunities for a separatist movement and then violent extremist insurgencies to seize parts of the country. A French military intervention followed. In 2020, nonviolent mass protests demanded the resignation of President Ibrahim Boubacar Keita and military officers led by Colonel Assimi Goïta seized power. As in other such coups at moments of public frustration with corrupt, authoritarian regimes, many citizens welcomed the soldiers’ takeover in hopes of improved governance.

Objections to the coup from Mali’s main security partners, France and the United States, were tepid and ineffective, as were those by the African Union and the Economic Community of West African States (ECOWAS). While democracies detest coups in principle, by 2020 France and the United States were seeing the Sahel primarily as a battlefield on which to beat back violent extremists, including ISIS and al-Qaeda affiliates. Mali’s U.S. and European partners had been training its troops, as well as those of neighboring Sahelian states, in counterterrorism operations.

In May, Goïta and the army doubled down, arresting the civilian president and prime minister whose appointments the military had overseen months earlier. The military government briefly promised to stick to a plan for elections in February 2022 to restore civilian rule, but this new “coup within a coup” signaled an underlying resistance to surrendering power. The new coup finally pushed the international community to action, but not for long. The United States withdrew its security assistance and even France, Mali’s most important security partner, announced it was withholding security aid. President Emmanuel Macron declared that France could not keep working with “a country where there was no democratic legitimacy or transition.” That position held for two weeks before the French government restarted security assistance, and the American government resumed some security assistance soon after. International responses to the April military takeover in Chad, notably from the United States and the African Union, also were tepid.

As foreign governments, the United Nations and the ECOWAS nations press Mali’s military to fulfill its promise to quickly hand power to elected civilians, the military-led ruling council and its appointed ministers this week reinforced their resistance. They ordered the expulsion of the ECOWAS envoy and the council’s appointed prime minister and foreign minister renewed warnings that the elections may be postponed, the latter rejecting international “ultimatums” for Mali to hold to its planned schedule.

International responses to extremist violence—in Mali, the Sahel and elsewhere—are built around a frame of counterterrorism operations. They thus tend to give priority to short-term gains and concrete “wins,” such as the killing of terrorist leaders, over the long-term security and stability of a country or region. The problem of U.S. and European counterterrorism operations fueling terrorism and undermining long-term stability and peacebuilding is well-established throughout the world and in the Sahel. These investments in counterterrorism allow and even encourage security abuses that drive further violent extremist recruitment. Last year, more Malians were killed by state forces than by violent extremists. The population is trapped between abusive violent extremists and abusive security forces.

State-centered approaches encourage populations to form self-defense groups to combat both violent extremist and state violence—further eroding the legitimacy of the state. And a 2017 United Nations study of Africans who joined violent extremist groups found that 71 percent were finally prompted to do so by what they saw as an abusive action by their governments.

Policies that seek sustainable stability in Mali and the Sahel, as elsewhere, must put the security of those countries’ people at the center of international counterterrorism and other security responses. Only a government in Mali that is accountable to citizens and considers such local, human security needs can achieve that goal. This means helping Malians make their security services accountable to democratically elected leaders who in turn are truly accountable to the populations who elect them. Despite their deep frustration with the corruption and impunity of their past leaders—a frustration so deep that many Malians initially welcomed the 2020 coup d’état—75 percent of Malians “prefer democracy to other forms of government," as do supermajorities of people across Africa.

Alongside a more responsive Malian government, of course, international forces also must focus on protecting civilians. The United Nations peacekeeping mission in Mali, called MINUSMA, has improved its focus on protection of civilians, but still falls short. The training of Mali’s troops by French and European military missions has failed so far to achieve a Malian military approach that protects noncombatants. With France’s announcement in July that it will end its Sahel-wide counterterrorism mission, the seven-year-old Operation Barkhane, violent conflict is likely to increase as extremist groups take advantage of a security vacuum.

The success of a stabilization strategy will depend on maintaining its focus on the long-term, and on providing security for people, even as terrorism and violence increase in the short term.

The United States, France, the European Union and other international partners must apply diplomatic pressure and security assistance to encourage Mali’s military to hand power to a civilian government, and they must shift their focus to long-term stability for the country and the region. This will require these partners to focus on democracy and rights, notably by helping Mali and its security institutions protect human security. Policies must treat Malians, and other Sahelian populations, as valued partners, not clients. By taking the long view, these international partners can show that they are true allies—providing the support their Sahelian partners need, standing by their ostensible principles, and helping their allies to do the same. This requires not a withdrawal of security assistance, but a recalibration that privileges investments for long-term peace and stability over short-term gains. This must include engaging not only governments, but also civil society in how security assistance should be provided.

Kadiatou Keita is a USIP security governance expert based in Mali. 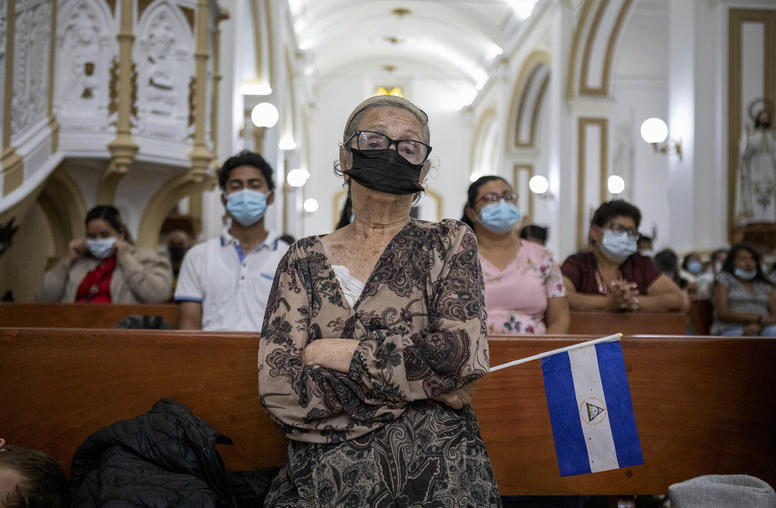