With atrocities ongoing in conflict and non-conflict settings globally, Biden’s statement sends an important message on the U.S. commitment to centering human rights within U.S. foreign policy and to the role atrocity prevention and response plays in this policy. To make good on the statement’s promise of non-repetition, this role should be deepened, prioritizing human rights protection in policy discussions, focusing on communities most at risk of atrocities and further integrating the government’s existing prevention architecture into policymaking processes.

The Armenian genocide occurred well before the coining of the term and the development of the vast legal infrastructure designed to bring perpetrators to justice. Regardless, the violence has long been recognized as genocide by historians, practitioners and, until April 24, 29 countries. The U.S. recognition, more than 100 years after the genocide occurred, underscores the egregious nature of genocide and mass atrocities and that the severity and impact of these crimes are not minimized by the passage of time.

Nor does time erase the possibility of bringing perpetrators to justice. Where the likelihood of formal international justice is low, recognition of genocide brings a measure of accountability to perpetrators by acknowledging their culpability and inflicting harm to their reputation and credibility on issues of human rights. This harm is evident in the responses of Turkish officials to Biden’s statement. The recognition also sends a clear message that the United States stands in opposition to practices that violate its established international norms.

Perhaps the greatest impact of the U.S. recognition is its acknowledgement of the vast suffering of the victims of the genocide and their descendants. Genocide creates victims across generations; the legacy of mass violence is handed down. While time may erase the immediacy of the crime, it cannot erase the trauma inflicted or the demand for justice. As Biden’s statement recognizes, the genocide shaped Armenian history and demographics, fundamentally altering the Armenian community as it existed in 1915. Victims have long sought such recognition from the United States, and recognition provides additional weight to advocacy efforts seeking reparations or formal recognition of the genocide from Turkish authorities.

In addition, the recognition underscores the close link between prevention of and response to mass atrocities and a U.S. foreign policy centered on the defense of human rights, a key priority of the Biden administration.

Atrocities — widespread, systematic violence against civilians — are the most egregious human rights violations committed against civilian populations. They can take place both in and outside of armed conflict. And they are ongoing globally. In Ethiopia’s Tigray region, ethnically motivated mass killings and sexual violence are thought to amount to crimes against humanity. China’s treatment of the Uyghur community has been found to constitute genocide. And the targeting of civilians continues in Myanmar, Cameroon and Mozambique, among others.

Atrocities are not spontaneous events. They typically follow a period of discrimination, widespread human rights violations and sporadic violence against victim groups, who often share a racial, ethnic, religious or social identity. Additionally, atrocities do not end when violence subsides, as the conditions that allowed them to happen typically persist. Guarantees of non-recurrence require accountability for perpetrators, remedies for victims, institutional reform to better protect the rights of victim communities and reconciliation among local communities to repair the state’s social fabric. As a result, regardless of whether a state is at high risk for atrocities or atrocities have previously occurred, mass atrocities are preventable, and a human rights-based foreign policy should emphasize prevention through protection of vulnerable populations.

In recent years, the U.S. government has invested heavily in improving its ability to prevent and respond to mass atrocities. The 2008 Genocide Prevention Task Force report provided a road map for U.S. prevention policy, further enshrined through the Obama administration’s Presidential Study Directive on Mass Atrocities (PSD 10), the formation of the interagency Atrocities Prevention Board and successor Atrocity Early Warning Task Force and the development of conflict assessment frameworks to support diplomats in identifying vulnerable communities, potential perpetrators and perpetrators’ capacity and opportunity to commit mass violence. These tools provide important guidance, coordination and support to diplomats to identify indicators of rising atrocity risk and to design diplomatic and development interventions to mitigate such risk.

This focus has been matched by Congress, which requires the administration to report on its atrocity prevention efforts through the Elie Wiesel Genocide and Atrocities Prevention Act of 2018 as well as through country-specific laws that obligate the administration to report on its efforts to address ongoing human rights violations and atrocities in China and Syria. Congress has also increased the tools available to dissuade perpetrators from committing atrocities through the passage of sanctions legislation, including the Global Magnitsky Human Rights Accountability Act.

While these efforts provide a clear statement of U.S. priorities and capacities to address situations of high atrocity risk, there remains room for growth in utilizing them to better address rising atrocity risk or respond to ongoing atrocities. Atrocity prevention is frequently seen as a separate and distinct policy consideration, limiting the impact of the prevention infrastructure’s work and expertise.

Protecting Communities at Risk of Atrocities

The protection of communities at risk of atrocities should be an integral component of U.S. diplomacy. Mass atrocities are significantly destabilizing events, regardless of whether they happen within or outside of armed conflict. As a result, states with high atrocity risk are not reliable diplomatic partners. Prioritizing prevention and the protection of communities vulnerable to atrocities will result in diplomatic relationships that not only better align with U.S. interests but that are more stable and productive. Furthermore, prioritizing prevention does not require deprioritizing other U.S. interests, but rather integrating prevention concerns into a broader diplomatic strategy.

The U.S. government has the tools to better integrate atrocity prevention into a human rights-based foreign policy. The fuller use of these tools — from conflict assessment frameworks to the expertise of the Atrocity Early Warning Task Force — can improve coordination and strengthen diplomatic and development responses to high-risk atrocity situations. This, in turn, will strengthen the administration’s commitment to a foreign policy that centers on human rights and to upholding its promise to prevent the repetition of crimes like those committed against the Armenians. 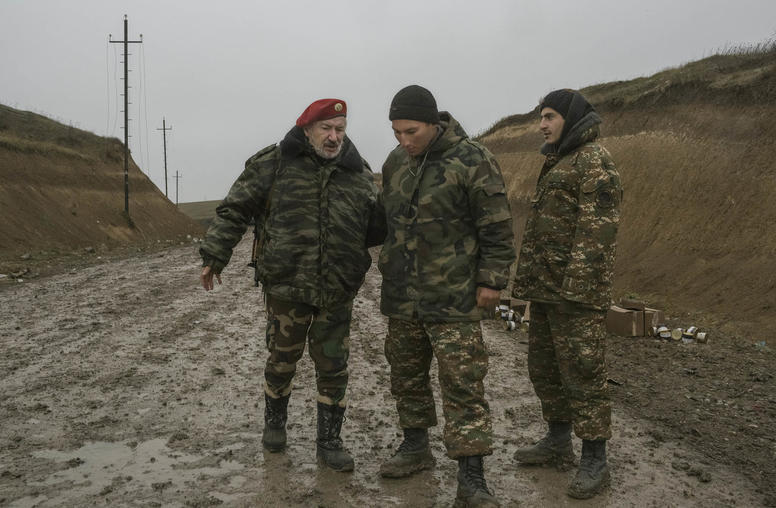 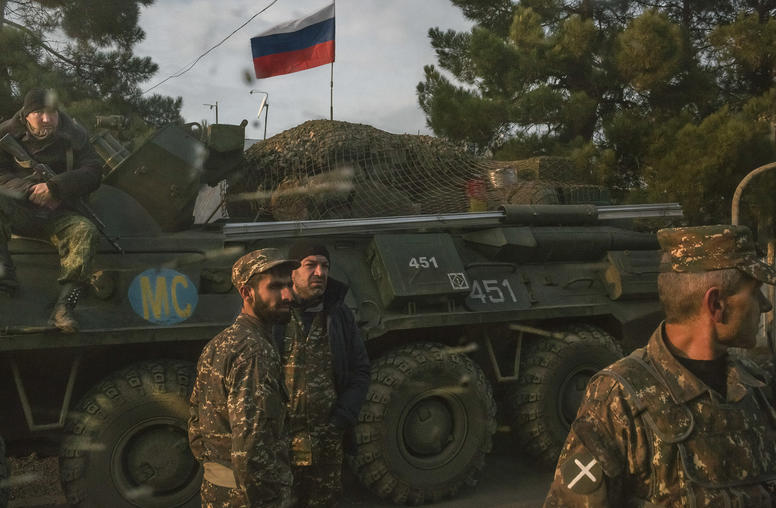