Following 10 years of gradual progress on political and economic liberalization—and a landslide victory for the NLD in the 2020 election—the Burmese army took power in a coup on February 1, 2021, just hours before the newly elected members of Parliament were set to convene. The army has quickly reversed hard-won progress toward democracy and human rights in Burma. It has arrested elected officials, activists, and journalists, done away with even the most basic civil and political rights, blocked access to social media, and, intermittently, to the internet entirely.

Since 2017, USIP’s Peace Education program has worked with faith-based organizations from Burma’s four largest religious groups to train students, teachers, government staff, and community leaders on methods to resolve conflict in nonviolent ways. In addition to learning core peacebuilding skills, training participants explore the way in which national identity affects conflict dynamics. USIP and its partners have trained more than 2,000 individuals from every state and region through 43 peace education trainings in which every major religious group was represented and 57% of participants were women. A recent evaluation revealed that the program reduced negative intergroup stereotypes, increased intergroup affinity, built practical peacebuilding skills, and facilitated productive new linkages between interfaith peacebuilders.

USIP conducts research and analysis that seeks to understand the conflict implications of investment in Burma and supports projects that strengthen the capacity of civil society and communities to assert their interests around investment projects. Recent analysis considers the effect of Chinese investments in Karen State and the involvement of the military and its border guard forces in introducing Chinese transnational criminal actors into the Chinese and Thai border lands.

USIP publishes research that aims to better understand the underlying drivers of conflict in Burma and explores methods to address these drivers. Following the military coup, USIP will shift its focus to research that strengthens community resilience in the face of brutal atrocities committed by the illegitimate coup government—as well as analysis that studies the illicit economy and its role in violent conflict, identifies new avenues towards an effective peace process, and helps those struggling to restore democracy to build a more inclusive national identity 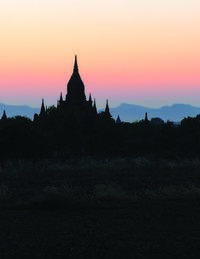 USIP held a writing competition in late 2020 in which more than 4,000 authors from across the country submitted work. On the International Day of Peace, the winners were announced and the winning authors read their work, each offering an intimate view into the experiences of those affected by conflict and their vision for a more peaceful future.

The conflict in Myanmar triggered by the February 1, 2021, military coup that toppled the democratically elected government has not only become a disaster for Myanmar, but also for countries across the region. China’s response has received considerable international attention, as has the struggle within the Association of Southeast Asian Nations (ASEAN) to forge a resolution to the conflict. The impact on Myanmar’s western neighbors, however, has largely gone unexamined — with the exception of analysis of the consequences for Rohingya refugees, who are indefinitely stranded in Bangladesh with no chance of safely returning to Myanmar under this military regime.

USIP’s Brian Harding explains how ASEAN factors into the Biden administration’s “Indo-Pacific Strategy,” what ASEAN countries want from Washington, and how the war in Ukraine and deteriorating situation in Myanmar will be addressed at the summit.