After nearly 20 years and across three successive U.S. administrations, it is clear that a bipartisan consensus exists among senior foreign affairs leadership that engaging religious actors to advance key American diplomatic, national security, and development objectives needs to be a priority. With some 84 percent of the world’s population expressing a faith affiliation, the role of religion as a social force around the world—and one that figures centrally in many peacebuilding contexts—cannot be ignored in our foreign relations.

From the 2002 establishment of the Center for Faith-Based and Community Initiatives (known today as the Center for Faith and Opportunity Initiatives) at the United States Agency for International Development (USAID) under George W. Bush to the 2013 creation of the State Department’s Office of Religion and Global Affairs under Barack Obama, to the Trump administration’s recent “Evidence Summit on Strategic Religious Engagement” convened by USAID with strong interagency participation, the United States’ track record of lifting up religious engagement in foreign affairs is clear and consistent.

The aftermath of the recent USAID summit and the incoming Biden administration provide welcome opportunities to pause and reflect on where we are in this journey and where we might go. There has been tremendous progress in the past two decades of work at the intersection of religion and foreign affairs. What might be needed to take this work to the next level? There seem to be a number of issues that come up repeatedly in almost any context where the intersection of religion, diplomacy, and development is being discussed. And while heads almost always start nodding whenever these questions are raised, clear answers that can provide tangible roadmaps for policy and practice remain either elusive or underdeveloped.

What issues fall within the scope of religious engagement?

Is religious engagement as a diplomatic tool relevant to all foreign policy issues or only some? While it is certainly possible to make the case that almost any diplomatic or development issue—climate change, public health, poverty reduction, refugee resettlement, weapons proliferation, corruption—has a potential religious engagement angle to it, is it actually the case that incorporating awareness of religion adds value equally across all issues? When I served in the secretary of state’s Office of Religion and Global Affairs, we understood ourselves to have a department-wide mandate to incorporate awareness of religion across all issues and regions … at least in theory.

We quickly found, however, that in practical terms there seemed to be a narrower set of issues where incorporating religious engagement clearly helped to advance U.S. diplomatic goals. This is not just a point about the importance of avoiding hubris; rather, it potentially has important implications for how we answer questions about where to place religious engagement units on agency org charts. It is also worth noting that an important achievement arising from the recent USAID evidence summit was the beginning of a conversation and process of assessing—based on real-world data, metrics, and evidence—how and where (in terms of issues, sectors, and settings) engaging religious actors can have the most tangible and lasting impact.

Another challenge confronting anyone in this space relates to the question of how to introduce and explain the nature and value of religious engagement to the many policymakers and frontline diplomats wary of becoming entangled in questions of religion. On one extreme of the spectrum is a fairly “business-as-usual” approach that involves making the point that religious actors are simply one among many components of broader civil society and should be routinely consulted in much the same way that diplomats reach out to other influential segments of the public.

On the other end of the spectrum is an approach that starts from the premise that engaging religious actors requires recognizing worldviews and value systems that may be different from one’s own and a willingness to step back and consider our own assumptions. Neither approach in its most extreme form is appropriate: the first may lead diplomats to fail to recognize or appreciate that which is distinctive about religious actors and spaces, whereas the second approach may lead already skeptical diplomats to shy away from an activity that requires them to first examine their souls. Finding an appropriate—and, as always, context dependent—middle ground on this issue is a key challenge. By dint of their vocation, diplomats are particularly adept at operating across cultures and considering issues from alternative perspectives. Those are valuable transferable skills when it comes to religious engagement.

What does religious literacy actually mean?

No conference or convening on the intersection of religion and foreign affairs takes place without someone mentioning the need to help diplomats and policymakers develop greater “religious literacy” in order to do their work well. While there seems to be something approaching consensus on this point, the jury is still out with respect to the question of what, in practical terms, it actually means for a government official to be religiously literate. Does it mean we should educate diplomats about the history, beliefs, and current trends in major world traditions? Or does it mean we should help them to understand how religion relates to the various foreign policy goals and issues they work on? Or, to offer a third take, is religious literacy training about helping diplomats become familiar with the unique milieu and protocol norms that surround practical engagement with religious actors around the world?

Ideally religious literacy training would incorporate all three of these, but the realities of limited bandwidth and compressed access to training opportunities means we will need to figure out priorities around this issue (recognizing that they may vary from case to case).

Another emerging mantra on the religious engagement circuit relates to the idea that governments must avoid instrumentalizing religious actors when engaging with them in the context of advancing policy priorities. To be honest, I find this to be something of an oxymoron. Policymaking is by its very nature instrumental in the sense that any activity or public engagement undertaken by government officials is designed to serve some practical purpose or end goal. In that sense, it is unfair to ask policymakers not to instrumentalize the world around them since that is, by definition, their job.

I think what people usually have in mind when they raise concerns about instrumentalization is actually exploitation and a lack of awareness of the very real power asymmetries that often exist between public authorities and local populations, not to mention the political and even physical safety risks that religious actors in some settings face when they work in partnership with governments—especially foreign ones. This concern about instrumentalization also sometimes smacks a little of infantilizing religious actors, or treating them as if they are somehow pristine and pure entities that should not be soiled through contact with the messiness of policy and politics. Religious actors are, in fact, thoroughly of this world, often know more about it than their would-be governmental interlocutors, and—in my experience at least—often perfectly capable of instrumentalizing right back. That said, sharp power disparities do exist and the risk of even unconscious exploitation of religious actors by governments is very real.

Finally, it is worth registering a note of concern about one particular source of risk to forward progress on strategic religious engagement. Religion has featured in various ways in the highly polarized domestic politics of the United States in recent years, and sometimes these debates and divisions have seeped into our foreign relations. This may generate a tendency on the part of an exhausted and beleaguered foreign affairs community to lean away from religion. While the instinct may be understandable, devaluing strategic religious engagement would be a mistake. If, for example, we neglect religion’s contribution to peacebuilding then we disable an important source of enduring and legitimate stability in many conflict and post-conflict settings. The immediate priority may therefore lie in redoubling our efforts to make the case that understanding religious dynamics and building the capacity of diplomats and development professionals to engage strategically with religious actors around the world represent vital tools for advancing our interests. 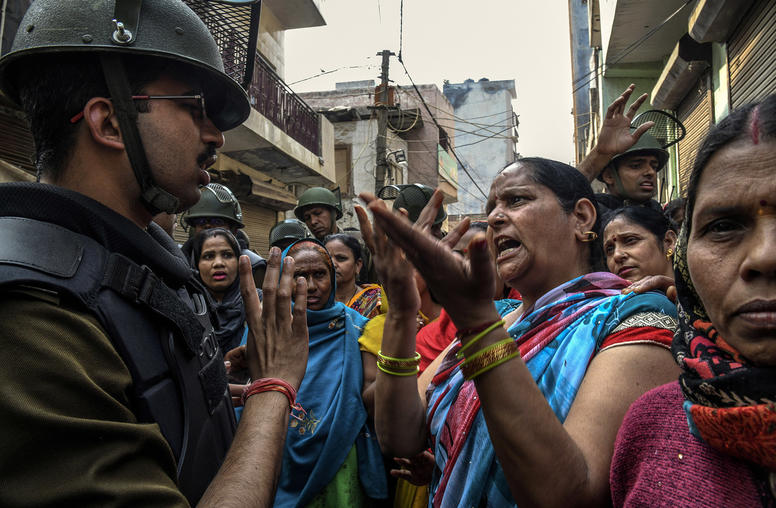 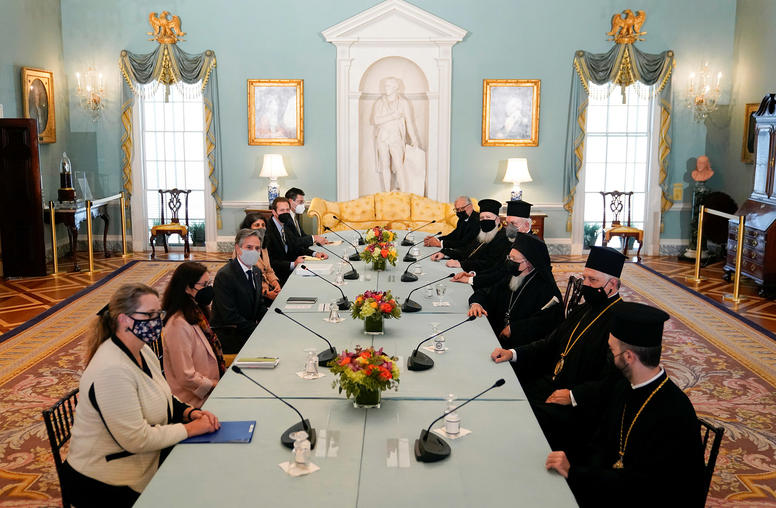 Since 2001, when the Bush administration created a unit within the White House to work on faith-based initiatives, Democratic and Republican administrations alike have sought to engage religious actors worldwide in support of their diplomatic, development, and defense initiatives. This report, based on the authors’ decades of experience working within and outside government, offers specific suggestions for steps the U.S. government can take to clarify the nature of its religious engagement mission and to better coordinate that mission in relation to its other peacebuilding and national security priorities.