Tim Farley: Today let's talk about the United States Institute of Peace, which is announcing the winner of the inaugural Women Building Peace Award. Joining us to discuss that is Kathleen Kuehnast, who's director of gender policy and strategy at the U.S. Institute of Peace. She also, by the way, is a member of the Council on Foreign Relations, a socio-cultural anthropologist who focuses on the different gendered impacts of violence and conflict on both men and women. Twitter handle, by the way, @kathkuehnast. Kathleen Kuehnast, welcome to POTUS.

Kathleen Kuehnast: Thank you so much, Tim. How are you doing?

Tim Farley: Well, it's been a while since we spoken. It may have been to talk about this same subject, which is the Women Building Peace Award. But today, you are announcing the first recipient?

Kathleen Kuehnast: Absolutely. Rita Lopidia is USIP's inaugural awardee for the Women Building Peace Award. She's from the conflict-affected country of South Sudan. She's a survivor of the civil war and also displacement over the years.

Tim Farley: What is the basis, what's the criteria for determining who would be awarded this this honor?

Kathleen Kuehnast: The criteria is very straightforward. It is really a demonstrated commitment to peacebuilding, exceptional leadership, the ability to show that leadership within a community of practice and then to show demonstrated impacts.

Tim Farley: Now, the role of women in peacemaking, you say and has been said is, is overlooked at times. How so?

Kathleen Kuehnast: Well, usually when we're thinking about war, and this is just a social construct, but we think of men, men who go off to war men who are engaged in war and we have rarely in our telling of wars in our histories, really looked at the role of women, both in being a very much a part of that war complex, but also very significant when the war ends and when the violence ends. Women have long been key pillars of recreating, reconstructing a society that has been deeply affected by violent acts.

Tim Farley: And this is not meant as criticism, but I do note in the context of what you were just saying that yesterday, we had the important peace agreement signed at the White House, the United States, Israel, Bahrain and United Arab Emirates, all represented all by men at yesterday's event, but I'm sure there was some women involved somewhere in the process.

Kathleen Kuehnast: Well, absolutely. And that's something that, of course, the U.N. Security Council Resolution 1325, which was passed 20 years ago this coming October, really tried to address, which was the fact that women aren't at these tables, helping to construct and articulate the details of a peace process and a peace treaty. And this is something that we continue in both academia and in policy to try to articulate, especially through the most recent Women, Peace and Security Act of 2017, which was signed by President Trump and is now being integrated through implementation plans in four agencies of the U.S. government. This is a very unique act in that we as a country legislated the importance of an inclusive process of bringing women into all parts of the discussions and the building of these treaties. We have a long way to go indeed, and that's why awards like the Woman Building Peace Award and the recipient, Rita Lopidia, is an example of significant efforts that can be made to change that, if you will, institutional behavior.

Tim Farley: Kathleen Kuehnast with us, director of gender policy and strategy at the U.S. Institute of Peace. We're discussing the inaugural Women Building Peace Award, which she just mentioned, is being awarded to Rita Lopidia. And I wonder if you could give us some more information about her. As you mentioned, she is from South Sudan and there has been obviously civil war there. What especially about her story do you find interesting?

Kathleen Kuehnast: I think what really has resonated was how she's a very young woman and she, in her youth, was able to really become a leader among other activists and civil society at the community level, where she built a mentorship program so that these very difficult situations, people had a plan, a view forward on how to make a difference, and help bridge, also importantly, generations of women in the country. We often think of women as some homogenous group, but also in a society, generational differences are exposed, especially after conflict, violent conflict, different views on how one should go forward. Rita was really unique in in her ability to build a coalition of 50 different women's organizations from within not only South Sudan, but also the diaspora and was a great advocate for women's inclusion in the 2017, the revitalized peace agreement of South Sudan, which we note most recently was signed in February.

Tim Farley: Finally, there's a special event today about this, a virtual event is that correct?

Kathleen Kuehnast: Actually, the event was yesterday and we hope you will all watch it. It's on usip.org. It is a really, I would say a fascinating look at the diversity of women peacebuilders. We highlight the 10 finalists of this Women Building Peace Award competition. And so you see 10 different women's stories. And it's through these stories that I think people can walk away from the ceremony, it's 45 minutes long, and really understand the incredible resilience that each of these 10 women have brought to situations of inequality, of extreme violence and despair and the kind of hope that through their efforts, they have brought to not only their communities but their countries. And even the regions in the world.

Tim Farley: Kathleen Kuehnast, thank you for joining us on POTUS today.

Kathleen Kuehnast: Absolutely a pleasure. Thank you so much for having us. And again, we appreciate your efforts to help understand this field of women, peace and security and to engage women peacebuilders.

Tim Farley: Our pleasure, thank you Kathleen. Kathleen Kuehnast, director of gender policy and strategy at the U.S. Institute of Peace as she's mentioning that award ceremony, which took place yesterday, is available if you want to check it out, usip.org. You can also tweet to her @kathkuehnast. 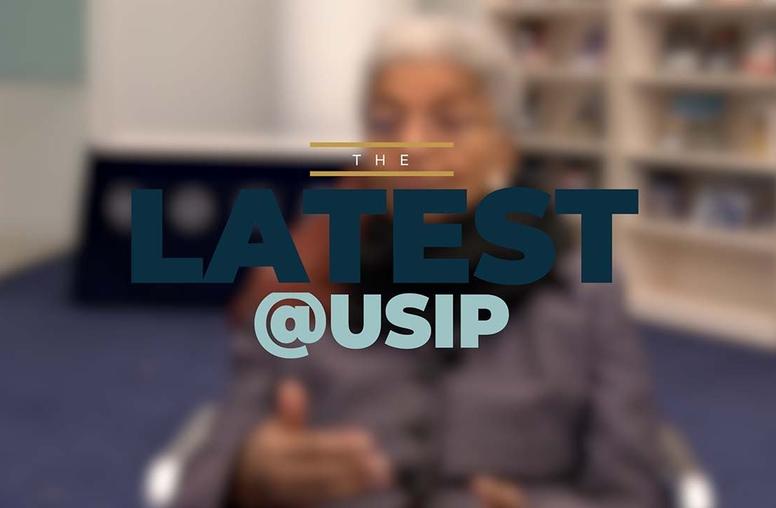 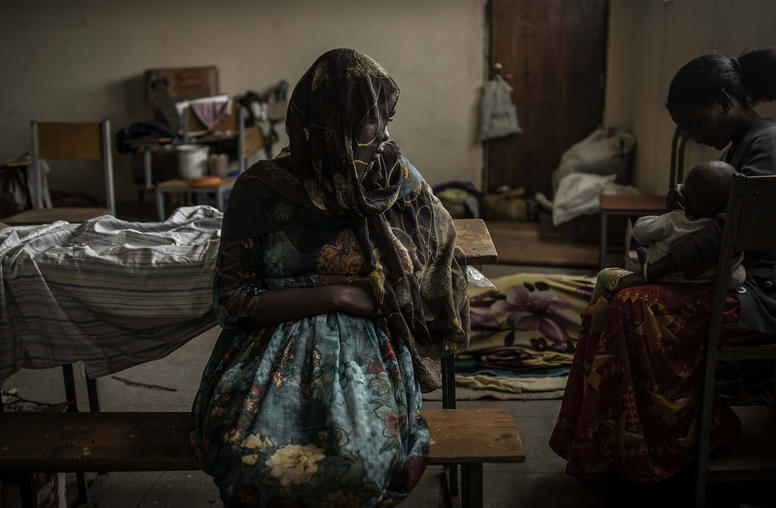 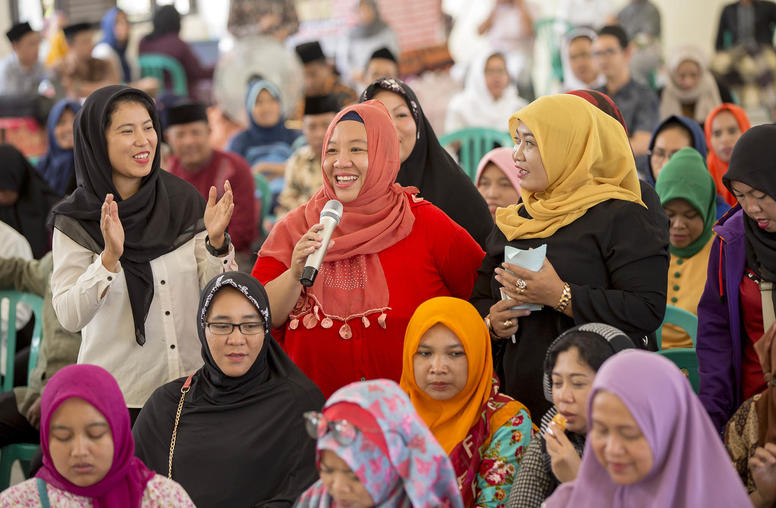 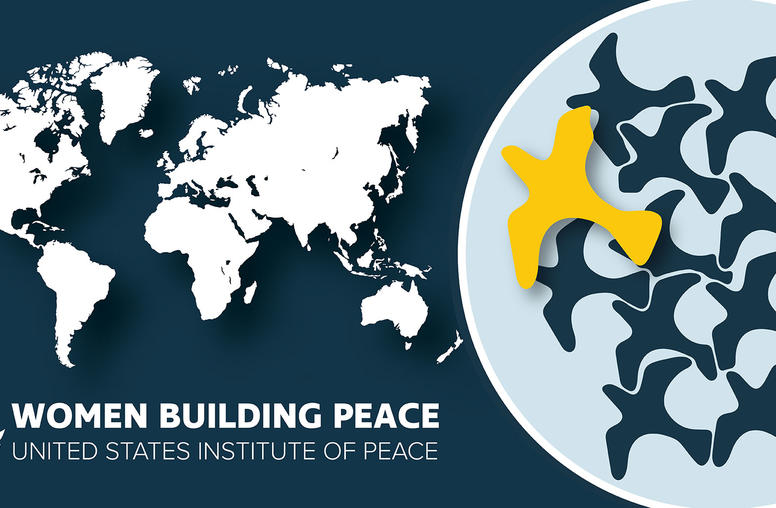