The elections were previously postponed twice, in April and June. How was the election administered, and do the results appear to have been generally free and fair?

Siddiqui: The Election Commission of Sri Lanka (ECSL) spent a significant amount of money—making this the most expensive Sri Lankan election to date—to ensure that all health guidelines and protocols were followed to curb the spread of COVID-19, as well as making changes to the process. Separate booths were set up for voters in quarantine, and indelible ink as proof of voting was applied to voters’ fingers in special arrangements to limit physical contact in polling stations. The ECSL asked political parties to limit large campaign rallies, and to notify ECSL authorities and health officials in advance so that contract tracing could be initiated if there was a spike in COVID cases. Most importantly, the counting of the ballots took place a day after the elections, which delayed the formal announcement of the results.

Opposition parties have conceded defeat and lauded the election commission for their work to undertake an election with a pandemic in the backdrop. Critics question the atmosphere under which the elections took place—namely the significantly shrinking space for civil society, suppression of dissent, and activists being placed under surveillance. While the electronic and print media were active in the run-up to the elections, hate speech, especially via social media, was also widespread. Furthermore, with the airports being shut down during the pre-election period and on Election Day, there were no international observation missions—only domestic election monitoring efforts took place.

What does this landslide victory for the SLPP and the Rajapaksa family mean for Sri Lankan politics and the constitution?

Salikuddin: A sweeping victory in parliamentary elections for the SLPP has entrenched the Rajapaksa family at the apex of power in the country. Mahinda Rajapaksa has been sworn in for a fourth time as prime minister, while the new cabinet has seen the Rajapaksa brothers retain powerful ministries and other family members appointed as ministers. Additionally, this victory will allow the Rajapaksas to continue increasing the number of former military officials in civilian posts. Since his election last year, President Rajapaksa had appointed former military officials to more than a dozen key posts and also promoted several military officials who were facing human rights charges for their conduct in the civil war. This victory will encourage further consolidation of control over those postings.

The supermajority in parliament will allow the Rajapaksas to make good on their campaign promise to return Sri Lanka to an executive presidency through constitutional changes, at the expense of parliament, the judiciary, and independent commissions. Critics claim this move would erode democracy in Sri Lanka and note that the powerful executive presidency allowed for some of the excesses of the country’s decades-long civil war.

The largest challenge to the new government will be reviving the overall economy—especially the tourism sector, which was already suffering after the 2019 Easter bombings but has taken an additional beating due to the coronavirus pandemic. The tourism industry makes up about 11 percent of Sri Lanka’s GDP, and is a major source of foreign exchange—bringing in about $4.4 billion annually. After the Easter bombings international visitors dropped by 70 percent, and then the global pandemic completely closed all international airports.

The SLPP leadership, including both the president and prime minister, have previously faced allegations of war crimes in connection to their roles in the decades-long civil war that ended in 2009, which they dispute. Whatare the major fault lines facing the new government, and what are the risks of renewed conflict?

Salikuddin: The Rajapaksas lead a populist, Buddhist Sinhalese nationalist party and their victory, combined with a weak opposition, has raised concerns about minority representation in Sri Lanka. Even in the traditional Tamil and Muslim strongholds of the north and the east, the SLPP or its allies have done better than anticipated. The Rajapaksas’ fierce brand of ethnonationalism and their authoritarian streak drew the support of many voters who were looking for stability and security in the aftermath of the Easter bombings and amid the coronavirus pandemic.

President Gotabaya Rajapaksa is popular among the Sinhalese Buddhist majority after crushing the Tamil Tigers in 2009 when he was defense secretary, which ended the civil war. But it’s his role in brutally ending the civil war for which he continues to face allegations of human rights violations and accusations of covering up the transgressions of other military officials.

In the current election cycle, most critics cite the open use of Sinhala nationalism to whip up anti-minority sentiment to win votes. The SLPP has promised a Sinhalese state, ignoring the multi-cultural reality of Sri Lanka. Since 2019, President Rajapaksa’s record has been increasingly authoritarian, with an expanding role for the military and growing self-censorship and fear among press, minority, and civil society groups. Tamils continue to seek justice and reconciliation after the bloody civil war, but have little hope of finding that with the new government. Muslims are still trying to secure their status after the broad vilification they faced in the aftermath of the 2019 Easter bombings.

What has been the reaction of the Indian and U.S. governments to the re-election, and what impact is the Rajapaksas’ return to power likely to have on regional diplomatic and security dynamics?

Singh: Though Sri Lanka’s entire population is only roughly the size of New Delhi or Beijing, those capitals have been preparing for the Rajapaksa revival for years. India, in particular, has invested in rebuilding relationships after losing out to China during the previous Rajapaksa government, which was known for its close ties to Beijing. It’s not surprising that Indian Prime Minister Narendra Modi ensured he was the first world leader to congratulate Mahinda Rajapaksa by placing his call before the election results were even final.

The Rajapaksas hope to benefit from this competitive attention with a more balanced approach to regional relations. Over-exposure to China during Mahinda Rajapaksa’s last run as prime minister made Sri Lanka a poster child for Chinese debt diplomacy after his successor, Prime Minister Ranil Wickremasinghe, was compelled to give China control of the port at Hambantota in exchange from $1.1 billion in debt relief. The Rajapaksas succeeded in portraying that as a failure of the opposition, and they have promised to work with China to either get the port back or ensure Sri Lankan sovereignty.

At the same time, the Rajapaksas have been open to India, with Gotabaya Rajapaksa making India his first visit as president after his election in 2019. Given Sri Lanka’s critical position along lines of communication in the Indian Ocean—and China’s increasing assertiveness—the Rajapaksas are well positioned to parlay their geostrategic value into maximum gain from a range of partners. India and Japan are both eager to balance Chinese investments. And despite ongoing misgivings about human rights and corruption, the United States and European Union offered congratulations to the Rajapaksas with little criticism. With its economy facing unprecedented pressure due to COVID-19, Sri Lanka’s new government will try its best to balance the competing interests of all of these powerful partners. 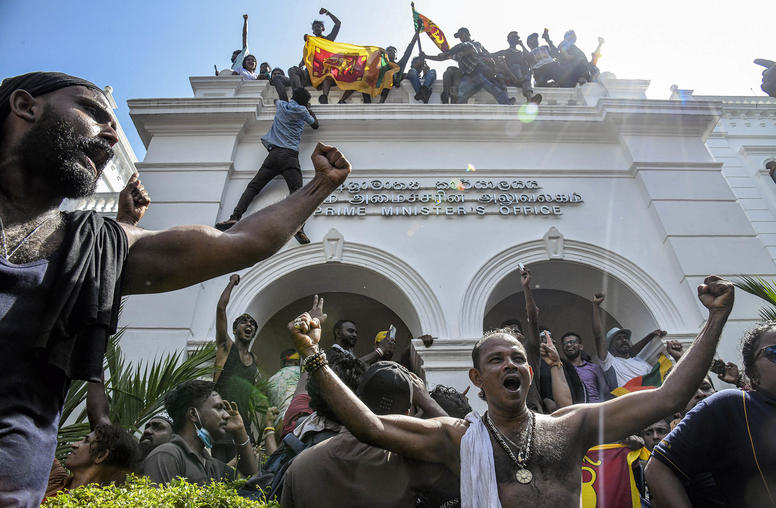 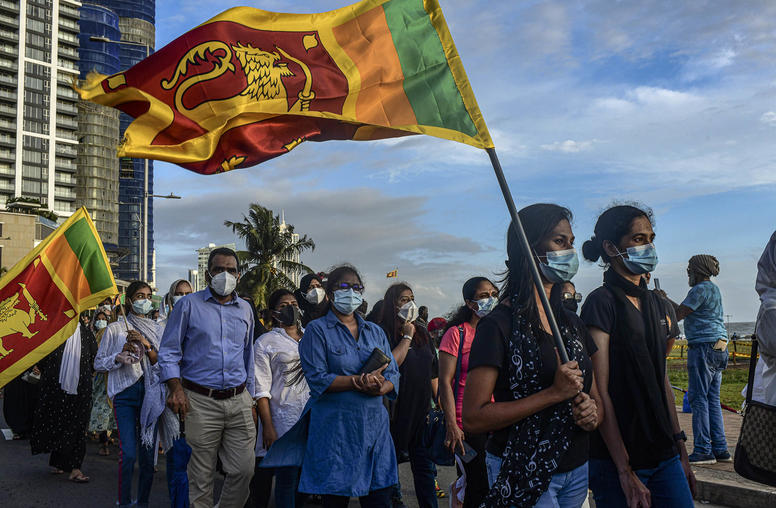