Tim Farley: It is a coincidence, but it is also an interesting one, that is that Christianity, Islam, and Judaism are celebrating the most sacred periods of fasting and feasting. And we're in the midst of COVID-19, the pandemic, which has caused a reexamination of a lot of different things. And one of the things that has been an opportunity for is our next guest to look at the intersection of what people are doing to sort of use religion in a healing way around the world. Susan Hayward, the United States Institute of Peace Senior Advisor on Religion and Inclusive Societies, coauthor of a piece, “Religion Can Be a Healing Balm for COVID-19’s Disruption If Applied Judiciously.” And she's tweeting @SusieOHayward. Susan Hayward, welcome. Thank you for being here.

Susan Hayward: Thank you, Tim. It's great to be here.

Tim Farley: You did make the point, you know, we had, you know, the Passover and of course Easter, not to mention, some of the other things that were happening at the same time that we are watching this challenge to us all. And I'm kind of wondering, put it in perspective for us, and how this can be such an opportunity as well as a challenge for people around the world.

Susan Hayward: Yeah, absolutely. This is, it's quite coincidental, but I think also quite, remarkable that this month is the confluence of several religious holidays, the major religious traditions around the world. And it's put into sharp focus the ways in which religion provides a very significant dimension to the pandemic and to the response to it. And of course there's been, religion has been part of the story in terms of the spread of the violence or of a spread of the pandemic, right? So forms of religious practice has, and massive gatherings around the world had been places where the virus has spread amongst communities. And as a result, there has been a huge adaptation of religious practice, restrictions on religious gatherings and some pushback to that and resistance to that by members of the faithful around the world.

But at the same time you've seen this turn towards religious practice, turn towards religious narratives, um, by followers in the midst of disruption, in ways that have brought meaning, that have mobilized people to respond to the needs of the vulnerable in their communities, to organize mutual aid, um, that has allowed people to adapt forms of religious practice in the home that has helped them to remain connected to, to deal with some of the feelings of isolation and loneliness that had been wrought by physical distance. So, as always with religion and in the midst of any crisis, you have this ambivalent response, ways in which religion is contributing to some of the resistance to, um, these, these public health directives to try to mitigate the spread of the disease in ways in which religion is contributing to the spread of the disease, as well as ways in which religion is helping to heal some of the societal fissures that we're seeing to emerge or to help care for the vulnerable or to just care for the spirit in the midst of this period of anxiety.

Tim Farley: And you've raised an interesting dichotomy here. As you mentioned in the piece, there are places where we're seeing this play out in Afghanistan, in Sri Lanka, Central African Republic, for example, things that are being done to further this. But there have been some conflicts with religion in the sense that some of the more closed-off religious communities have found themselves at a disproportionate danger with the respect to the coronavirus pandemic because of the nature of their, their religion and how they carry it out in their social interaction. And I wonder if you could speak to that issue.

Susan Hayward: Yeah. You have seen a number of, especially religious minorities in particular in particular areas facing, a backlash. Some of it is because they have been pilgrims to places like in Iran, Shia pilgrims, who have gone to visit the holy shrines there. And of course there's, Iran has, experienced a great deal of infections. And so then when they returned to their communities, where they are themselves minorities, they faced backlash from the majority communities there and sometimes from the government itself. So, in Pakistan for example, where Shia pilgrims returned from Iran and some of them were infected, they faced a great deal of backlash. Here in the U.S., you've seen some of this backlash against the Orthodox Jewish community in New York. And then the spread of some of these antisemitic, these very old antisemitic conspiracy theories tied to that.

In India, as well, the Muslim community there has faced a good deal of backlash that has been egged on by some government leaders and this sort of nefarious conspiracy theory, a covet jihad connected to them, accusations that they are intentionally trying to spread the disease. And so it's created vulnerabilities for groups that were already vulnerable and um, and unearthed some of these tired prejudices, but then also led to a situation where the government itself is seeking to address some of the infections that these pilgrims or these minority communities have experienced. And in so doing, it's exacerbating concerns or tensions that they had about government control, about unfair, unjust, oppressive government control over them. You're seeing that as well. And the majority communities who, some of the resistance that that has been cited for government restrictions on religious gatherings and so on, it has, in places where the, there has been restrictions on religious freedom in the past or the government has asserted authoritarian control over religious practice and speech. It's led to some sensitivities and some resistance to government actions because of those fears that this is just an attempt for the government to try to control religious practice and that even in the aftermath of the pandemic, those restrictions will remain in place.

Tim Farley: As I noted in the beginning of our conversation, the piece, “Religion Can Be a Healing Balm for COVID-19’s Disruption If Applied Judiciously.” I also wonder, Susan Hayward with the USIP, United States Institute of Peace, I also wonder if there is a concern at least on your part or others about the other, in other words, blaming somebody, somebody who is different and using that as an excuse. We do see a lot of coming together. But on the other hand, I wonder if this is also a door opening for finding rifts and trying to exploit those differences.

Susan Hayward: Yeah, absolutely. We've seen a number of societal fissures around the world, including here in the U.S. um, forms of racism, forms and xenophobia then targeted against the other, um, minorities that have been targeted against refugee and migrant communities in different places around the world. But that's also where you have seen, um, at the same time some actions taking place, sometimes precious few, and, and that's what, what we're really calling for in that piece was recognizing where this is taking place and, and calling for increased activities to try to get ahead of some of these societal fissures then leading to violence, but in places, sometimes in the very same places where you're seeing these societal fissures, um, like in India, Sri Lanka, Central African Republic, here in the U.S. you're also seeing forms of multi-religious solidarity arising, to try to mitigate those tensions, to correct the misinformation and the conspiracy theories, that, that are arising and to try to show, not just to address the messaging, but to try to create that multi-religious solidarity to try to care for the vulnerable, to care for the economically insecure, for the refugees, for the migrants, who are facing particular vulnerabilities and in the midst of this infection and then to provide the spiritual health care to community members, who ensure that those who are isolated in their homes are getting the kind of pastoral and other forms of care that they need in order to sustain themselves.

Tim Farley: Susan, I appreciate you spending time with us on POTUS today. Thank you so much.

Tim Farley: Susan Hayward, United States Institute of Peace, Senior Advisor on Religion and Inclusive Societies. The piece, “Religion Can Be a Healing Balm for COVID-19’s Disruption If Applied Judiciously,” you can find it. I tweeted out the link to the piece, which is available online. She's the coauthor of that piece, and she is tweeting @SusieOHayward. 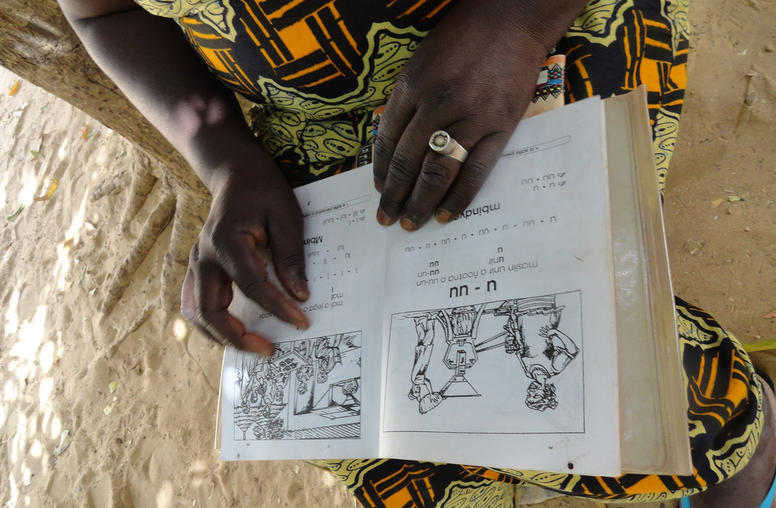 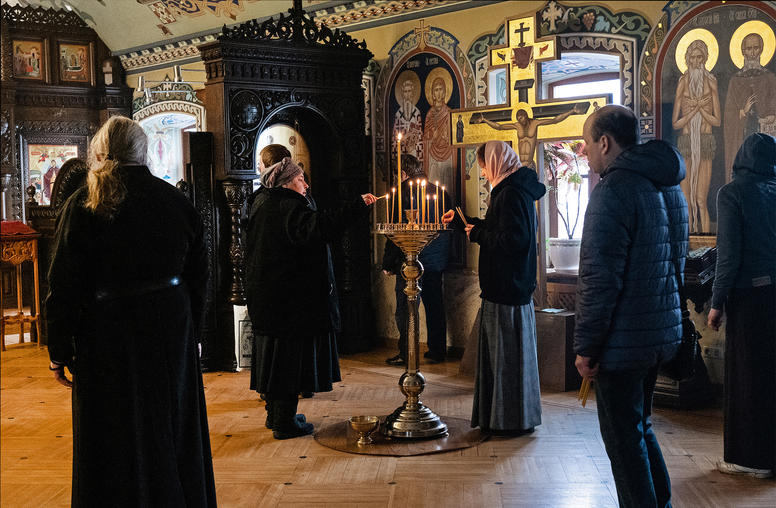