The statistics are staggering—in addition to tens of thousands of Syrians and Iraqis, over 50,000 foreigners traveled from approximately 120 countries to live or fight with ISIS. Outside of Iraq and Syria, too, violent extremist conflicts continue to rage in the Sahel and Lake Chad Basin, the Horn of Africa, Afghanistan, and elsewhere. Worldwide, racially and ethnically motivated violent extremism has risen over 300 percent since 2013.

Disengagement from violent extremism at this scale is all about sustainability, and there is a clear need to rethink the strategies involved. In 2020, USIP is embarking upon a journey to unleash the role of peacebuilding to help do so. With the Violent Extremism Disengagement and Reconciliation initiative, we’re researching how peacebuilding tools and approaches can transform the attitudes, relationships, and structures that fuel the grievances and dynamics that contribute to violent extremism.

The conventional so-called “deradicalization” paradigm focuses on individuals—particularly on changing their ideology and beliefs. However, such approaches are often incomplete and run counter to the research in several ways. First, changing an individual’s worldview is exceedingly difficult, and the assumption that radical beliefs precede violence lacks a good evidence base—factors such as state predation and systemic discrimination are just as likely as radical ideology to drive someone to join a violent extremist organization. Second, such programs ignore the decades of sociology, psychology, and criminology literature that tells us prosocial bonds and a sense of belonging are key for people to voluntarily exit roles, including violent roles like criminal and gang desistance and ideological ones like cult disaffiliation. Yet, because violent extremism is both violent and ideological, we treat it as exceptional.

Finally, most people who leave violent extremist groups don’t do so because of a sudden change of heart. At a recent USIP event, Mary Beth Altier, a clinical associate professor at New York University, described interviews with 87 disengaged terrorists in which she and her colleagues found that loss of ideology accounted for only 16 percent of disengagement cases. Instead, they leave for mundane reasons—disillusionment with leadership, burnout, or just moving on.

Violent radicalization is the result of a complex process whereby cognitive, social, and structural dynamics interact idiosyncratically. Neuroscience research has shown that alienation, marginalization, and social exclusion can cause “sacred values” of a group to become more salient to individuals who experience such oppression. Individual identity becomes fused with group identity, and perceived assaults on group values are internalized as threats to one’s sense of self. Research also shows that threats to group identity activate the same cognitive reactions as threats to physical safety, which dehumanizes the other and removes cognitive inhibitions to deploying violence.

Violent extremism is a social phenomenon, and any comprehensive approach to disengaging people from violent extremism must be equally social in nature. “Adopting a socialization approach,” said Dr. Laura Smith, a senior lecturer at the University of Bath, “means recognizing that [violently] radicalized individuals may be physically isolated, but they’re not psychologically isolated.”

When returning persons are oftentimes re-entering the very same environment in which they were initially radicalized, disengagement cannot be sustainable without building community resilience to violent extremism and addressing the legitimate grievances that drove people to feel marginalized and excluded in the first place.

Disengagement, then, is not only about rehabilitating an individual, it’s also about opening spaces in communities that offer an alternate identity for those disengaging and norms that reject violence as a means to resolve conflict, express grievances, or pursue a goal. The process is a two-way street that includes not only breaking down individual barriers to help-seeking and prosocial behavior, but also community barriers to opening spaces for sustained, positive, inclusive interactions to foster social learning, build bonds, and generate a sense of belonging.

At the heart of building a sustainable approach to disengagement is the need to lower these barriers to prosocial engagement, and the severe trauma experienced by people who lived or fought with ISIS is a significant risk factor for antisocial outcomes. Decades-long participatory action research with the Somali refugee community in the United States and Canada found that trauma correlated with openness to engaging in violent extremism, but only when that person felt stigmatized—connectedness and belonging served as protective factors that provided resilience to violent radicalization.

For returning persons, then, addressing their trauma is vital to sustainable disengagement from violent extremism. Not only could conflict trauma prevent prosocial interaction, but disruptions presented by a new setting can aggravate trauma, undermining disengagement efforts.

And for affected communities experiencing an influx of returning persons, there may be trauma and feelings of anger and fear as well. To open spaces offering a new identity, those need to be addressed, and those communities need to be provided with a sense of justice and closure, whether through traditional criminal justice avenues, restorative justice mechanisms, or other strategies to promote reconciliation and social cohesion filtered through the local context.

This is what peacebuilding has to offer violent extremism. Violent extremism is an expression of violent conflict, and it is only one of a host of violent outcomes that can result from a set of risk factors, such as marginalization, trauma, and social and political grievances that are familiar to peacebuilding.

Peacebuilding tools can help engage communities affected by violent extremism to foster reconciliation and transform group dynamics and can help build relationships and inclusivity to allow for a peaceful and prosperous future not solely defined by one’s past.

And by approaching disengagement at a social level, the community becomes resilient to future violent radicalization as well. This can bring the process full circle—disengagement efforts to address the social and structural dynamics of violent extremism become integral to ensuring sustainable prevention. As disengagement research moves beyond the individual to explore how social ecologies can impact sustainability, peacebuilding offers a promising lens through which to navigate the complex and often intense process of bridging the divide between returning individuals and their communities.

Nearly 50 years since the end of the Vietnam War, and more than a quarter century since the normalization of U.S.-Vietnam relations, Vietnam is emerging as a rising power at the heart of the Indo-Paci... 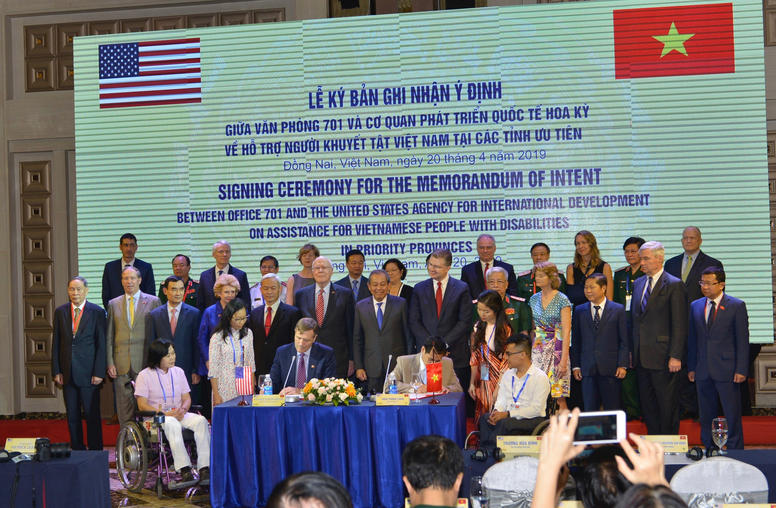