The reasons people join extremist organizations are numerous and complex. How can public health infrastructure and policy impact extremist group’s ability to recruit?

Pervez: While the full picture is quite complicated, one of the most influential ways violent extremist organizations draw in recruits is through transactional relationships related to public goods and services—including in the public health system. These are goods and services people need to survive. For instance, the consequences of having dirty drinking water, or no access to water at all, are quite dire. The same applies to having limited access to critical vaccines and medicines, affordable food and shelter, or hospitals and clinics. When governments can’t ensure adequate public health services, it can contribute to delegitimizing the state and open an opportunity for extremist organizations to offer them instead as a means of recruiting—something they regularly do in places like Nigeria, Afghanistan, Syria, Yemen, and Pakistan.

On the other hand, when these goods are provided, health outcomes can improve—even during a civil war like we saw in Nepal—and research has shown that states with stronger support for public health services are less likely to experience the onset of civil conflict in the first place.

It is vitally important for us to realize that emphasizing the provision of public health services, as part of a broader effort to improve governance and reduce fragility, may be just as important for mitigating violent extremism as focusing on military strategies and political settlements. We can help diminish extremist recruitment if we minimize one of their main sales pitches.

Countries around the world are now facing the challenge of repatriating citizens who left to join extremist groups such as ISIS and Boko Haram. Can public health play a role in the rehabilitation and reintegration of these individuals?

Bosley: Public health has a long history of working with highly stigmatized populations—people living with HIV, people with disabilities or mental illness, and people who use drugs. Individuals disengaging from violent extremism are similarly stigmatized—and when alienation and social exclusion are known to contribute to the violent radicalization process, proven public health practices to reduce stigma can help promote the social inclusion that’s vital to rehabilitation and reintegration.

Rehabilitation requires not only addressing the individual’s attitudes and behaviors in a vacuum, but also addressing the risk and protective factors that exist in a given social context—marginalization, poor governance, access to services, family and community support structures, unaddressed trauma, etc.—of which engagement in violent extremism may be only one of many potential adverse outcomes. Indeed, the Centers for Disease Control’s and the World Health Organization’s violence prevention efforts use a model that considers the individual, relationship, community, and societal levels for designing public-health interventions. This is the kind of model that rehabilitation and reintegration programs will need to develop.

In this way, rehabilitation and reintegration are similar to the public health concept of harm reduction. Harm reduction programs take a systemic approach that meets people where they are to minimize the negative effects of high-risk behaviors as well as to build resilience in affected communities. Likewise, disengagement programs must work within the existing social ecosystem to build community resilience to violent extremism and reduce stigma, minimizing the risks of violent extremism by bringing those disengaging into the community and instilling a sense of belonging that will encourage disengagement from violent behavior, even if so-called “radical” beliefs remain.

In the immediate aftermath of conflict, what are some of the short-term public health risks that can derail a peace process, and what can be done to mitigate them?

Pervez: Following any conflict, there are numerous public health risks that can derail a peace process. In the Gulf War, for example, water sanitation plants were destroyed, and Iraq was not able to repair them adequately or purchase cleaning materials due to economic sanctions, resulting in dangerously polluted water that resulted in numerous diseases.

Besides water, the use of firepower in conflict could also result in damaged soil and crops, resulting in limited food supply or contaminated food, or both. There is likely to be shortages of health providers, and hospitals and clinics are likely not functioning at full capacity. This leads to higher risks of non-chronic disease, malnutrition, and overall low quality of life. If there are violent non-state actors present, vulnerable populations become even more vulnerable as a result of these issues.

Finally, poor provision of these services and goods risks alienating the new ruling party from the population. After a conflict, it is vital for the ruling government to be seen as legitimate and centralized, something that may be compromised if they cannot address many of these likely problems. This jeopardizes the peace process, as rival groups can prey on these issues to destabilize a country again, something that is much easier in an early post-conflict state, when the state is particularly weak overall.

It’s extremely difficult to create any sort of lasting peace without meeting people’s basic survival needs. And in the aftermath of conflict, when the debris and damage left behind can lead to toxic health consequences, and health infrastructure and resources are likely severely compromised to meet the heightened need for help, it’s very easy for the situation to spiral back into a cycle of violence.

Therefore, shoring up a post-conflict state’s public health system is one of the most important things the international community can do. Intervention is always complicated, but if done in conjunction with respected third parties like the World Health Organization and others it can have a major impact on ensuring the peace persists. Rebuilding a country after conflict is always difficult, but with a responsive and functioning public health infrastructure, some of the most pressing needs can be met. 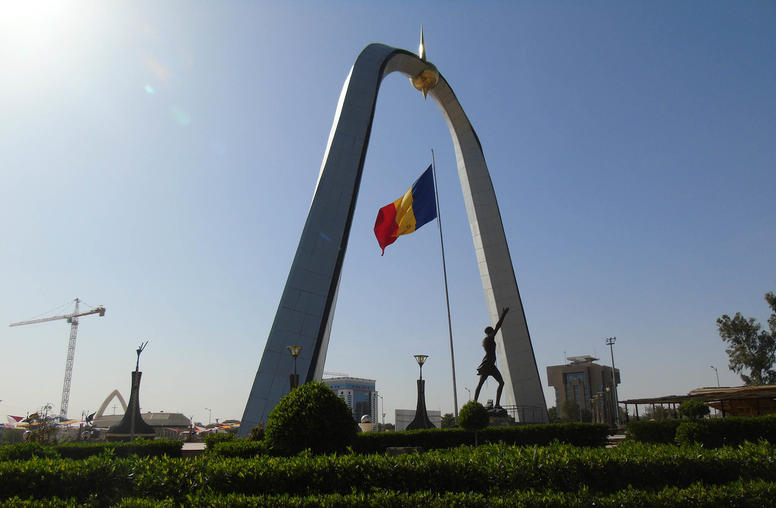 When Chadian leader Mahamat Idriss Déby announced in October that the country’s transition period would be extended another 24 months, demonstrators took to the streets in protest, where they were met with violent repression from Chadian security forces. As the dust settled, Chadian authorities initially disclosed 50 people had been killed — but opposition groups and independent observers claim a much higher figure.