Subcommittee Chairman Rohrabacher, Ranking Member Meeks, and members of the Subcommittee, thank you for the opportunity to testify on the “Dayton Legacy and the Future of Bosnia and the Western Balkans.” Your attention to this issue is appreciated.

I testify before you today as the Director for Rule of Law, Justice and Security at the United States Institute of Peace, although the views expressed here are my own. USIP was established by Congress over 30 years ago as an independent, national institute to prevent and resolve violent conflicts abroad, in accordance with U.S. national interests and values.

I have been asked by the Subcommittee to comment on the electoral impasse engendered by the decision of the Constitutional Court of Bosnia and Herzegovina to declare certain provisions of the current electoral law regulating the election of delegates to the Federation House of Peoples unconstitutional. My testimony will cover the following specific questions: (1) How Bosnia has arrived at the current electoral impasse? (2) What solutions have been put forward? and (3) What can we learn about the continued efficacy of the Dayton framework?

How Bosnia has Arrived at the Current Electoral Impasse?

The election of delegates to the Federation House of Peoples is regulated by two main legal sources:

Elections are scheduled to take place across all levels of government in Bosnia and Herzegovina in October 2018.

The current legal vacuum has at least two major impacts:

Political camps in the Federation Entity are seeking to redesign electoral rules and constituencies in ways that would benefit them. This gerrymandering competition can be summarized as a competition between two broad options:

The two camps have not yet agreed on a solution. Most political parties tend to rely on rigid maximalist positions. Given that elections are scheduled for October 2018, it is harder for parties to consider and consent to difficult compromises at this point.

What Solutions have been put forward?

Several political parties have proposed various amendments. The proposals have all failed as none sought a genuine compromise. Certain proposals have been mostly examined in discussions led by the European Union and the United States. The range of proposals can be grouped into two broad categories:

The international community should remain flexible vis-à-vis a potential solution. An agreement on a solution should meet the following principles:

Should the parties fail to reach agreement before the October elections, additional avenues could be considered to enact a solution.

Some have argued that the Election Commission of Bosnia and Herzegovina could step in. The Commission is mandated by law to determine, for the upcoming elections, new numbers of delegates for the Federation House of Peoples on the basis of the 2013 census. While the Commission could play a role in solving the impasse, there are significant risks attached to this solution. The legal basis for the Commission to impose a comprehensive compromise in line with Bosnia’s constitutional framework is fragile. A solution imposed by the Election Commission is likely to face new legal challenges. It would also politicize a critical domestic institution.

Some have also suggested that the High Representative for Bosnia and Herzegovina enact a solution on the basis of his powers under the Dayton peace agreement and relevant resolutions of the United Nations Security Council. There are risks attached to this course of action as well. Parties will likely challenge the legality of the measure enacted. It will also send a signal to the European Union that Bosnia’s representatives are unable to organize their own elections.

This may be, nevertheless, the best course of action. It will prevent a dangerous politicization of the Election Commission. The potential impact on Bosnia’s EU membership aspirations must be measured against the fact that Bosnia and Herzegovina is not yet a candidate country and that, according to the European Commission’s newly released strategy for the Western Balkans, its membership perspectives would materialize only after 2025.

Any solution enacted by the High Representative would need to meet the principles suggested above for a negotiated solution. It should also be made clear that the solution would be effective until parties enact a permanent solution. It should also be strongly supported by the members of the Peace Implementation Council, including the United States and the European Union.

What can be learned about the efficacy of the Dayton Framework?

The current electoral impasse illustrates some of the dysfunctionalities generated by the particularly complex constitutional architecture agreed upon at Dayton. While most democracies must contend with intense political competition and temporary dysfunctions, Bosnia and Herzegovina is different.

Its difference lies in the fact that while political parties fight over resources, economic growth, and electoral tactics just like in any other country, some parties also use political, administrative and legal means to pursue wartime objectives that directly challenge the very foundation of the democratic space established by the Dayton agreement.

Calls by ultranationalist factions for Republika Srspka to secede from Bosnia as well as calls for majority Bosnian Croat cantons to control the Federation and the central level of government through a constellation of constitutional and electoral guarantees are highly destabilizing for Bosnia and Herzegovina.

The Dayton agreement has been criticized since its entry into force. Such criticisms must be measured against the fact that the Dayton agreement is a peace agreement that was supported by the United States, the European Union and Russia to stop a brutal war in a country inhabited by a majority Muslim population. It imposes obligations upon Serbia and Croatia to respect the sovereignty and territorial integrity of Bosnia – a country they actively sought to annex just two decades ago. The agreement allowed for peace and stability to return to Bosnia. It reestablished freedom of movement throughout the country. It allowed more than 1 million persons who had been displaced by the war to exercise their right to return under the peace agreement. The World Bank expects Bosnia’s GDP to grow at a rate of 3.2% in 2018. Although progressing slowly and painfully, Bosnia is nevertheless progressing toward EU and NATO membership.

If we compare the Dayton agreement to other peace processes, there is little doubt that Dayton is a success.

Calls for a comprehensive overhaul of Dayton have become common through the years. While pointing to serious problems in the design of Dayton, such calls must be measured against difficult realities:

As other regional powers are exercising increasing levels of influence in the region, there is still a chance for the EU and the United States to unite forces to help Bosnia and Herzegovina address some of the more problematic aspects of the Dayton constitutional structure. A common strategy would need to achieve the following:

Clear objectives: Key EU and NATO members states should clearly define that only a united Bosnia will be eligible to enter into the EU and NATO. Moreover, in order to meet the obligations of EU membership, Bosnia and Herzegovina should have an efficient state level government which, in addition to its current responsibilities, will be vested with additional responsibilities necessary to effectively and efficiently implement the European acquis communautaire.

Reform by incremental agreements: Reforming Dayton is possible through incremental agreements. In the past, assertive international support has led to agreements to amend the Constitution to recognize the existence of Brčko District. International involvement has also led to agreements between the Entities to transfer responsibilities to the central state in the field of defense, taxation or justice. These agreements must include groups of Bosnian citizens that do not belong to the current political parties.

Maintaining stability: The EU and the United States must prevent a return to instability. They can do so by continuing to support the mandates of the High Representative and the international military presences in Bosnia. The EU integration process has proven to be destabilizing for Bosnia and Herzegovina. The accession process demands significant changes in the current allocation of power in a country that is particularly sensitive to such demands. International mandates to maintain stability in Bosnia are an essential insurance policy to accompany Bosnia until it secures its place firmly in Europe and NATO. The current international military presences should also be encouraged to base some of their operations in the Brčko District to contain the secessionist aspirations of Republika Srpska president Milorad Dodik.

To address concerns about the efficacy of the Dayton agreement:

Thank you for your continued focus and attention to this critical issue. I look forward to answering your questions. 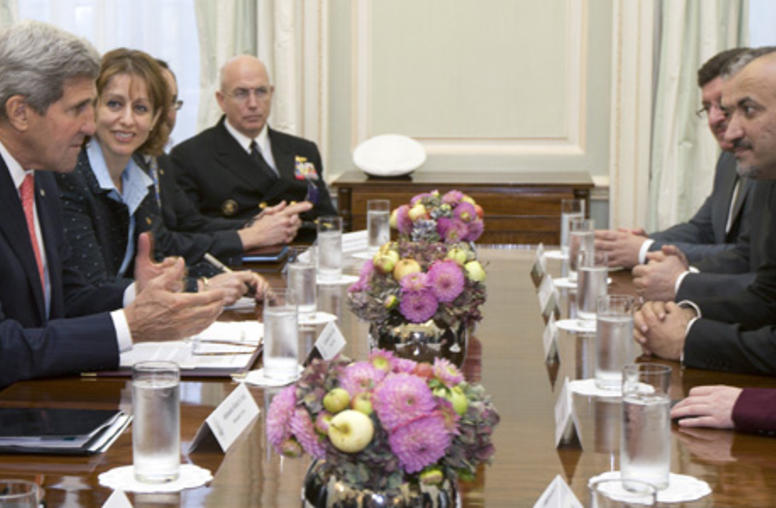