Carolus, a long-time leader within the African National Congress, served at Mandela’s request in the ANC delegation that negotiated with South Africa’s last white supremacist government to end apartheid rule and permit a democracy. As president, Mandela appointed Carolus ambassador to the United Kingdom. She continues in leading roles in business and civil society, and has been discussed in South African news media as a potential cabinet member in the government of newly installed President Cyril Ramaphosa.

Among diplomats, scholars and civic activists who listened to Carolus’ lecture was Rep. Karen Bass of California, a leader on African issues in the U.S. House of Representatives. During South Africa’s fight for democracy, Bass was active in her home city, Los Angeles, in the U.S. anti-apartheid movement that supported the end of apartheid. “What leaders can learn from Mandela is that bringing all sides together to address grievances can in fact lead to progress because people are heard and feel included in decision-making,” Bass said in welcoming Carolus’ lecture.

Mandela, born in 1918 under British colonial rule, “remained resolute that no one would deprive him of his humanity, his sense of self, or of his dignity,” said Carolus. Referring often to Mandela by his clan name, Madiba, Carolus said he “acted in response to the hurt that apartheid and colonialism inflicted on him. But he understood that his own humanity and his own dignity existed only in the context of humanity and dignity of all of his people and indeed of humankind.”

The Dangers of Exclusion

Populist movements that have made “anti-establishment choices” in recent years’ elections around the world represent a warning, Carolus said. “Maybe instead of judging them for being so stupid, maybe we should look at ourselves. … Maybe we should just take a hard look at ourselves, and say, like we used to when we were young, that actually the establishment sucks. … The levels of exclusion, the levels of poverty and inequality that this exclusion creates, has created monsters and a huge powder keg.”

Carolus served on the African National Council’s executive committee, and among her current positions, serves as a trustee of the International Crisis Group. Excerpts from her lecture:

ON SOUTH AFRICA’S RECENT POLITICAL CRISIS. I’m very proud to say it’s an exciting period [in South Africa], a period for reflection, but a period perhaps reminding us that building democracy and constitutionalism is not an event. And that, I’m sure goes for your mature democracy as well. One has to just keep paying attention all the time.

ON SOUTH AFRICA’S NEW PRESIDENT, CYRIL RAMAPHOSA. [The African National Congress (ANC)] is still today resilient and able to survive some pretty grueling times of late. … It managed to land on its feet, tottering, a bit precariously, I will concede, by electing a new president who was in fact the midwife of our constitution. Our new president of the ANC and the Republic of South Africa, President Cyril Ramaphosa, was the person closest to Madiba during the negotiations, and it shows. He’s smart, he’s tough, and he’s decent. He knows how to play a long game. That’s partly how he got to where he is today, even in the ANC. He has learned very well at the feet of Nelson Mandela. And I am confident that, like Madiba, Cyril Ramaphosa’s quest will not be to seek retribution. He’s well equipped to know how to draw a line beneath impunity very firmly, but he also knows how to focus on liberating the good that human beings are so unfailingly capable of when they have good leaders.

ON MANDELA AND GOD IN SOUTH AFRICA. [Mandela’s occasional political defeats] demonstrated to us, particularly us—because I think you knew this, but we didn’t, quite—but it demonstrated to us that Nelson Mandela is not God. Now those of you who know South Africa know that South Africa is a deeply religious country. It’s a country where even most members of the South Africa Communist Party—we have a thriving Communist Party there—but they would go to the church, to the mosque or the shul. So, if you took a vote between God and Madiba in South Africa, you know, it would be a very close call. But God would probably win, if by a narrow majority.

ON RECOVERING FROM WARFARE. Wars are nasty things. They take lives and they break lives. They create scar tissue. They create psychoses and emotional memories which last for a very long time and are very difficult to break out of when you want to start afresh. And even when you start, the scar tissue is so delicate. It is so easy to pull it off and to pull off the scab of a wound that has not healed fully or properly. And we are beginning to see some of that in South Africa.

ON THE MEANING OF MANDELA’S VISION TODAY. In this centenary year of Nelson Mandela, we find ourselves in a very troubled world. There are several intractable conflicts, most of which we’ve become so immune to, and often it just passes right over our heads until something dastardly happens in our back yards. We all sit up and notice when a bomb goes off on a public square or on our subways. Yet we’ve become so numb to the daily bomb blasts in the marketplaces in Iraq or Nigeria. … Then there are signs of nations engaged in different kinds of internal trauma. … Why has it almost become the norm today, in current-day democratic political processes like voting, where substantial numbers of populations have gone with anti-establishment choices? … Well, maybe we should just take a hard look at ourselves, and say, like we used to when we were young, that actually the establishment sucks. That’s what people think about us. …

In South Africa and indeed, in the world, as we enter this Mandela centenary, it’s important that we have and we craft a common script again, but we have to be able to have robust debates about how we achieve these very ambitious goals. We have to have a diversity of opinions and we have to create once again a wider, rather than a narrower, space of engagement. We have to re-ignite the sense of power of ordinary citizens when they feel they have the ability to help to create change. Because when they have that, they will build it and they will defend it. And I think we’ve lost a lot of that. 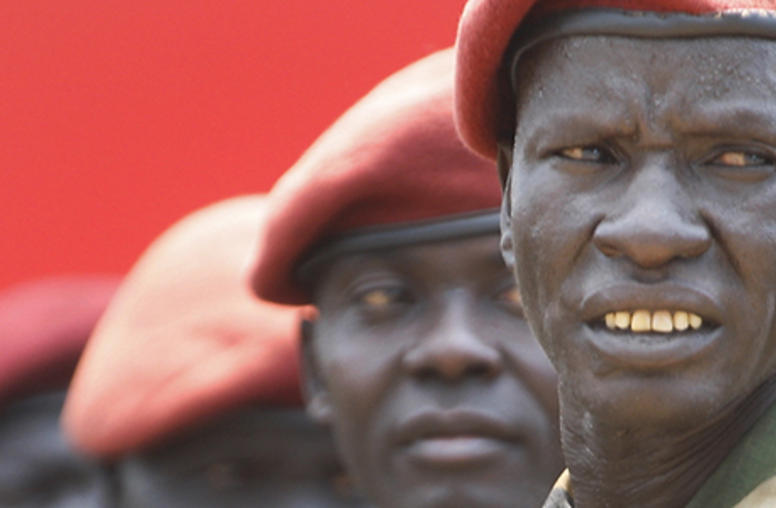 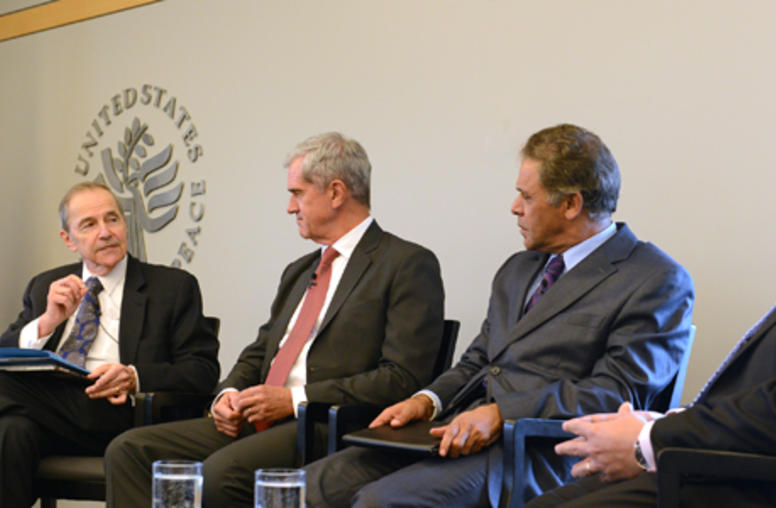