As China’s role in global political and economic affairs has expanded, so has its exposure to international and domestic terrorism. At the same time, it is constrained in its response by two long-held principles—nonintervention and noninterference. This Peace Brief discusses the threats to China, its response, and how these might affect its participation in global counterterrorism efforts.

In a March 2017 video reported by Al Jazeera, the self-proclaimed Islamic State (IS) pledged to “shed blood like rivers” in attacks against Chinese targets. Over the last two decades, Chinese citizens, businesses, peacekeepers, and government facilities have been targets and victims of international terrorism. This year, for example, two Chinese teachers engaged in Christian missionary activities were executed by IS in Pakistan. In 2016, a Chinese citizen was killed in an al-Qaeda attack on a luxury resort and Chinese UN peacekeepers were killed in two separate attacks in Mali; the Chinese embassy in Kyrgyzstan was the victim of a suicide attack by a terrorist with supposed links to Uighur separatists in China; and a Chinese businessperson was killed in an IS bombing of Belgium’s Brussels airport. Between 2004 and 2014, Chinese citizens died in terrorist attacks in Afghanistan, Cameroon, Jordan, Kenya, Malaysia, Mali, Pakistan, Syria, Thailand, and the United States.1 Numerous Chinese have also died in domestic terrorist incidents within China’s borders.

China’s interests are driven by a desire to ensure domestic stability in Xinjiang and throughout China, to promote regional stability (especially in Central Asia, South Asia, the Middle East, and Africa), and to protect Chinese citizens and businesses abroad.

Especially since the outbreak of riots and violence in Xinjiang in 2009, the Arab Awakening in 2011, and a string of high-profile terrorist attacks within China’s borders (including a suicide bombing under Mao’s portrait in Tiananmen Square, a mass knife attack in a Kunming train station, and a number of violent incidents in Xinjiang), China’s sensitivity to the potential impact of international terrorism on domestic stability in China has escalated.2 In particular, Beijing is concerned that Uighurs will join transnational terrorist organizations such as IS and al-Qaeda and return to China radicalized and ready to disturb the social order. They also worry that external funding will be funneled to Islamic insurgency groups within China by sympathetic outside groups. Although China’s fears of domestic terrorism, insurgency, and potential international links are often exaggerated and its treatment of Uighurs strongly contributes to unrest and violent incidents, Beijing is genuinely concerned that it is vulnerable to terrorism and fears perceived insurgency activity in Xinjiang that could threaten China’s territorial integrity.

Beijing is concerned that Uighurs will join transnational terrorist organizations and return to China radicalized and ready to disturb the social order.

An estimated ten million Muslim Uighurs live in western Xinjiang Uighur Autonomous Region.3 Over the years, Uighurs have engaged in a series of terrorist acts against Han Chinese, both in Xinjiang but also in eastern provinces. China has long expressed concern about the effect that international terrorism might have on potential domestic insurgency in Xinjiang. Over the last decade, these worries have increased noticeably—especially about both the Turkistan Islamic Party and the Uighur Eastern Turkestan Islamic Movement, officially designated a terrorist organization by the US State Department and INTERPOL at the urging of the Chinese government after September 11. More specifically, China is concerned that Uighurs could join IS and other terrorist groups as foreign fighters in Syria and Southeast Asia and then return to China and encourage violence at home.4 Although it is widely believed that the actual impact of the Uighur Eastern Turkestan Islamic Movement, and the Turkistan Islamic Party on violence in Xinjiang is minimal, Beijing’s concerns about these linkages are real and drive its approach to terrorism at home and abroad.

Another major concern in relation to international terrorism is regional stability in the Middle East, Africa, Central Asia, and South Asia. These regions are key to resource security for China and provide significant market opportunities for Chinese businesses (state-owned and private) in a wide variety of sectors. For example, today China is the world’s largest net oil importer. More than 70 percent of this oil originates in the Middle East and sub-Saharan Africa. These regions are also major markets for Chinese exports (of both goods and services) and increasingly important investment opportunities. For example, according to IMF data, in 2015, China’s product exports to the Middle East had risen to $155 billion and exports to sub-Saharan Africa were $83 billion. Its new Belt and Road Initiative only amplifies China’s need for stability in the Middle East and Sub-Saharan Africa as well as in South Asia and Central Asia. International terrorism in the form of groups such as IS, al-Qaeda, and Boko Haram endanger the internal stability of many countries in those regions as well as increase the potential for international conflict that ultimately could threaten China’s economic and resource interests.

Finally, Beijing increasingly needs to protect its citizens and businesses overseas. As China’s global footprint expands, its vulnerability to attacks by transnational terror groups increases.5 The Chinese Communist Party also claims that the Chinese public is escalating pressure on them to protect Chinese citizens and businesses abroad. Each additional violent incident perpetrated by an international terrorist group increases that pressure.

China’s most forceful response to international terrorism has been conducted within its borders. Although Beijing has emphasized suppressing potential domestic terrorist activity for decades, since the 2009 Xinjiang riots it has cracked down more severely on Xinjiang and elsewhere across the nation. Examples of increased repression in the name of preventing transnational and domestic terrorism include the new national security law and counterterrorism law (both enacted in 2015) as well as a wide range of policing activities and tightening of social control in Xinjiang.6 In addition to deploying an increased presence of the People’s Liberation Army and the People’s Armed Police to Xinjiang, Beijing often restricts religious practices in an attempt to combat the emergence of terrorist threats.

Finally, China also engages in more indirect international activity to help minimize the possibility of international and domestic terrorism having an environment in which to thrive. For example, it participates in UN peacekeeping operations to foster stability in societies at high risk for the development of terrorist organizations. Its Syria vetoes in the UN Security Council can partially be attributed to its view that external interference in the conflict is likely to prolong the civil war and strengthen groups that have links to international terrorist organizations. Also, via the CASCF, China solicits support from leaders throughout the Arab world for its counterterrorism actions in Xinjiang and its attempts to prevent the flow of support from Arab societies to potentially radicalized groups in China. Last, China’s economic development activities in Xinjiang and throughout Central Asia can be seen as part of a larger effort to proactively limit the spread of transnational terrorism within China and on its borders.

As Beijing plays an increasingly influential role in global political and economic affairs, its exposure to international and domestic terrorism is likely to grow. Its Belt and Road Initiative—a development strategy focusing on cooperation with Eurasian countries—will expand China’s involvement in many regions where it is already a target of international terrorism, including Central, South, and Southeast Asia as well as the Middle East and sub-Saharan Africa. China has of course been engaged with these regions for many years, but President Xi Jinping’s emphasis on the initiative will likely increase Chinese investment, foreign aid, trade relations, and diplomatic interactions and result in even more Chinese citizens and businesses pursuing opportunities in these countries. China’s military base in Djibouti will increase its ability to protect Chinese citizens overseas. That said, given its strong adherence to the principle of noninterference and its fears of backlash from global terrorist groups, in the near term China is likely to continue to focus its counterterrorism efforts on combating domestic threats and participating in related bilateral and multilateral efforts on a limited basis. For the foreseeable future, US–China cooperation on the issue will likely remain minimal.

This Brief discusses the threat that international terrorism poses to China, China’s response, and constraints on China’s engagement in global counterterrorism activities. It is supported by the Asia Center at the United States Institute of Peace (USIP). Dawn Murphy is an assistant professor of international security studies at the US Air War College. Opinions, conclusions, and recommendations expressed or implied are solely those of the author and do not necessarily represent the views of the Air University, the US Air Force, the Department of Defense, any other US government agency, or USIP. 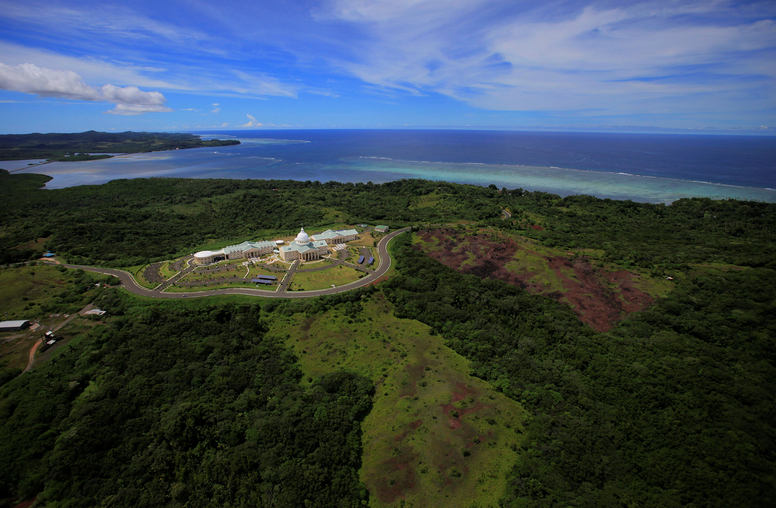 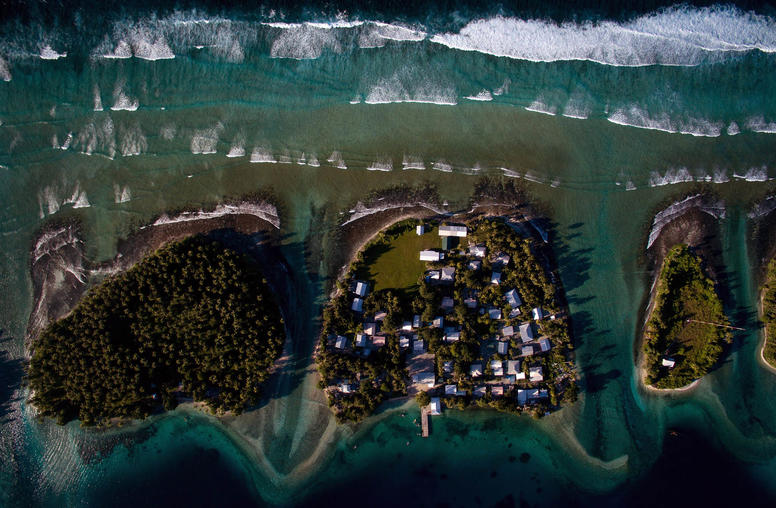