President Trump’s upcoming summit with Saudi Arabia’s King Salman rounds out his meetings with the five most powerful friendly leaders in the region. The first four in Washington with the heads of state from Egypt, Jordan, Turkey and Israel all produced common themes: the campaign against ISIS and terrorism, the challenge of Iran, the turmoil of collapsing states in Syria and Yemen.  But in the immediate background is the Israeli-Palestinian peace process which the president has said is a top priority for his administration.

If he is going to do something different to advance peace, one of the most obvious targets is greater U.S. engagement with the Arab world to bring them into the process. President Trump has several options for how to accomplish that goal.

First, he could set up some form of consultative mechanism with the key Arab players so they are not kept in the dark as they were at Camp David in 2000. Inviting them in only after the table was set, according to officials involved in the process, limited their willingness to play a constructive role. This was corrected to a degree in the latest initiative by then-Secretary of State John Kerry, but more could be done. Arab leaders need to be involved early, often and thoughtfully.

Second, President Trump could explore developing regional security arrangements that include Israel. That might mean more robust security ties with Egypt and Jordan than currently exist, and more formal coordination with Saudi Arabia, the Gulf Cooperation Council and others. The U.S. would be the glue that would hold such arrangements together.

Third, he could urge Jordan and Egypt to warm their currently cool peace with Israel, which would reassure the Israelis on any future peace deals.  He could also provide encouragement to the recent offer by the Persian Gulf States to improve relations while working with the GCC to improve the offer.

A lot has changed in 12 years, and the Arab world is in a very different position now.

Fourth, he could actively hear out other options for Arab involvement in the peace process. The Israel Regional Initiative, a creative Israeli civil society effort to respond to Arab peace overtures, for example, has posited a new framework for peace that involves Israel “conceding to the Palestinians and being compensated by the Arab states” in a regional framework. It includes an immediate circle of the Middle East and Arab world and a larger circle with the entire Islamic world, with a phased process and reciprocal steps. It also would draw in the Arab states on key sticking points where their involvement is needed – Jerusalem, security, and refugees.

But the most central component of bringing the Arab world productively into a peace process would require persuading Israel to acknowledge an updated Arab Peace Initiative. That initiative was put on the table in March 2002 at the Arab League’s Beirut Summit. It is a modified version of an earlier Saudi proposal. The simple construct calls on Israel to affirm the 1967 borders, agree to a just solution for the refugee problem, and accept an independent Palestinian state.

In return, the Arab countries would consider the conflict ended, provide for a regional security arrangement, and establish normal relations with Israel. In the words of Jordan’s former Foreign Minister Marwan Muasher, who co-authored the document, it turns the three no’s of the 1967 Khartoum Arab League Summit into three yesses: yes to negotiation, yes to recognition and yes to peace.

In the words of former Secretary of State Condoleezza Rice in her 2011 memoir, it was a “bold proposal and could have been an important point of departure for negotiations.”  But as she pointed out, “its timing could not have been worse.”  Three days later, a suicide bomber killed 29 and wounded 150 at a Passover Seder in Netanya, in one of the bloodiest months of the Second Intifada. Israel ignored the Arab gesture and the U.S. was lukewarm to it, distracted as it was in Afghanistan and soon in Iraq.

The proposal was left on the table, but no Israeli government ever acknowledged it, even after the Arab League repeatedly affirmed the offer. In 2013, Qatari Prime Minister Prince Hamad bin Jasim Al Thani—speaking for the Arab Quartet of Jordan, Egypt, the United Arab Emirates and Saudi Arabia—even added minor land swaps to the menu. Arab leaders at various times since then considered formally updating the Arab Peace Initiative to be more realistic on territory—less insistent on the Golan Heights and making a clear opening for land swaps. But they refused to inscribe such changes in an Arab Peace Initiative 2.0 until Israel at least acknowledged the offer, even with caveats.

A lot has changed in 12 years, and the Arab world is in a very different position now than in 2002. The growth of threats they share with Israel, especially from Iran and ISIS, has greatly expanded their room for maneuver. A U.S. orchestration of an upgraded Arab initiative with Israeli acknowledgement, together with other positive gestures, could set the stage for further Arab moves as the process evolves. It would be a useful baseline that serves as an important tool going forward. 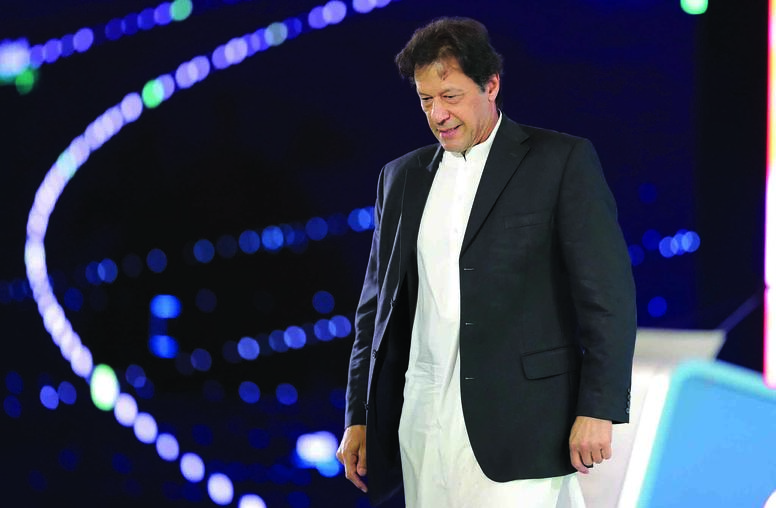 Since 2015, the deteriorating relationship between Saudi Arabia and Iran—the self-appointed vanguards of Sunni and Shia Islam, respectively—has brought forth a new cold war in the Middle East. Pakistan has spent decades striking a delicate balance between the two countries, but...