A day after the United States’ deadliest-ever mass shooting, the Dalai Lama led a Washington audience in a silent prayer for peace. But he said prayers will be ineffective without “serious action” to erode religious and other communal divisions. Building peace in and among nations requires improved education, leadership by youth and women, and “personal contact” among people of disparate groups, the Buddhist spiritual leader said. “We have to live on this small planet… with a sense of brotherhood and sisterhood,” he said at the U.S. Institute of Peace. “There is no other choice.”

His Holiness the Dalai Lama visited USIP to speak about his effort with the institute to strengthen the role of young peace leaders in countries facing warfare or violent extremism. But taking his seat on the stage, he first told listeners, “because of this very serious tragedy ... in Orlando, let us [offer a] silent prayer.”The hall went still. After a few moments, the Dalai Lama resumed, laughingly calling himself “one Buddhist monk [who is] quite skeptical about the effect of prayer.” He added: “The real effect comes through … serious action … without losing our determination” in the face of obstacles.

The Dalai Lama said he is inspired by a group of 28 youth leaders, from countries facing warfare or violent extremism, whom he met recently at his residence in Dharamsala, India. The youth leaders, who were convened by USIP, lead civil society organizations that work for nonviolent social change. These leaders had faced “desperate moments” of violence and loss, he noted, but had responded with decisions to work for peace in their communities.

The essential tool for building peace—in the world and in the mind—is compassion, the Dalai Lama told the audience. “Sometimes people say compassion is something good for others, but not necessarily [for] oneself,” he said. “It’s totally wrong. The result of the practice of compassion, the first benefit, goes to oneself.” The building blocks of compassion, he said, are education and personal contacts with people from different backgrounds and communities.

We have to live on this small planet… with a sense of brotherhood and sisterhood. There is no other choice.

‘Centers of Energy and Daring’

Washington Post columnist Michael Gerson, who observed the exchange between the Dalai Lama and the youth leaders in Dharamsala, described the young activists by recalling a 1966 speech of U.S. Senator Robert Kennedy in South Africa. Each individual act of justice creates “a tiny ripple of hope,” Kennedy said, that can combine “from a million different centers of energy and daring … to sweep down the mightiest walls of oppression and resistance.”

Gerson described the USIP-convened youth leaders as “28 centers of energy and daring” who “have refused to be either bystanders or combatants,” instead choosing to be “instruments of healing, asserting a common humanity in the midst of conflict.”

The Dalai Lama’s message to them was “a graduate-level seminar in love and kindness; a master class in being fully human,” Gerson said. He added: “I’m involved in a lot of think tanks, sponsored a lot of conferences, and they’re fine in their own way. But this work by USIP, it was what real influence looks like. I saw the passing of wisdom and passion to the next generation of leaders, leaders of movements, even future leaders of their own countries. They came away changed, and I was privileged to witness it.”

A Greater Role for Youth

Both the Dalai Lama and USIP have urged an expansion of the role of youth in ending violent conflicts, noting that the most deadly and destructive struggles are being fought—and extremist groups are growing—in areas with the world’s most youthful populations. In the five countries that suffered nearly 80 percent of recent deaths from violent extremism (Syria, Iraq, Afghanistan, Pakistan and Nigeria), half of all people are younger than 22.

Overall, a quarter (1.8 billion) of all the world’s people were aged between 10 and 24 years in 2014, according to the U.N. Population Fund. Young people have been particularly affected by the toll of warfare, as such deaths worldwide reached 180,000 in 2014, more than triple those of 2008. The imperative for peacebuilding by youth was reinforced in December by the U.N. Security Council. In its Resolution 2250, the council urges governments to include youth in peace processes and in the wider “peacebuilding” campaigns for social justice and inter-communal acceptance that can turn countries away from violent conflict and extremism. 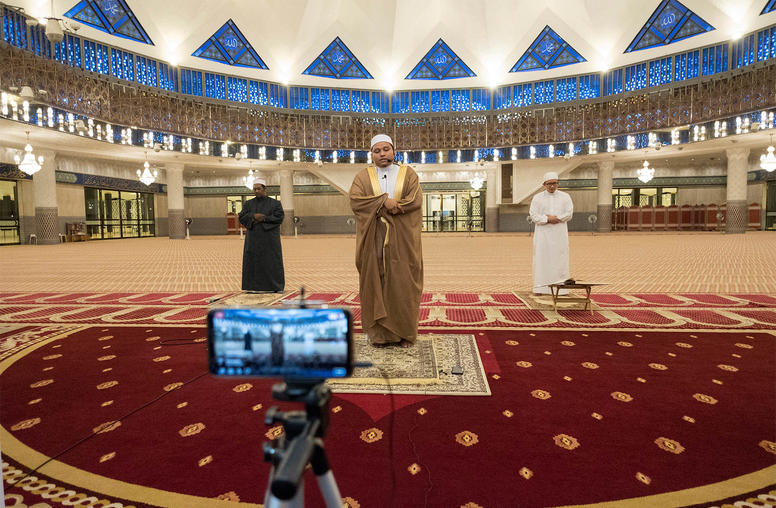 In the midst of the COVID-19 pandemic, concerns about international religious freedom continue to exist, especially as state lockdowns have made it even harder to monitor its status.