World leaders must act to end extreme poverty in the next 15 years by addressing economic inequality that stems from wealth concentrated in the hands of a few and exacerbates conflict and instability, World Bank Group President Jim Kim said in an address at the U.S. Institute of Peace.

The World Bank’s twin goals of ending extreme poverty by 2030 – reducing the number of people living on less than $1.25 a day – and boosting the share of wealth flowing to the bottom 40 percent of the world’s population are achievable, Kim said at the Washington event on Oct. 1.

“Three things have to happen – inclusive economic growth, investment in human beings and insurance against the risk that people could fall back into poverty.”

To reach those targets, “three things have to happen – inclusive economic growth, investment in human beings and insurance against the risk that people could fall back into poverty,” Kim said. In addition to focusing on growing global economies, the bank is also addressing how the wealth is distributed, he said. Assisting that bottom 40 percent is the most effective way to address inequality, he said.

“We reject ‘trickle-down’ notions that assume that any undifferentiated growth permeates and fortifies the soil and everything starts to bloom, even for the poor,” Kim said. “We need to find an economic growth model that lifts up the poorest citizens rather than enriching only those at the top.”

Citing January 2014 statistics from the U.K.-based Oxfam International, Kim said the “richest 85 people in the world control as much wealth as the bottom 50 percent of the world.” A year later, Oxfam went even further in updated figures, saying at current trends, the combined wealth of the richest 1 percent will overtake that of the other 99 percent by 2016.

The World Bank is rethinking how it approaches development assistance to countries ravaged by war and violence, Kim said.

“One of the things we have had to recognize is our approach to linking development and humanitarian response to peacebuilding process has been terrible,” Kim said in a discussion with USIP President Nancy Lindborg after his address. “We haven’t done it well. Generally speaking, we have thought that development is something that happens after a humanitarian crisis or after peace treaties are signed, as opposed to something that has to happen at the same time.”

Recent data shows that 26 percent of new businesses started in Turkey last year were by Syrian refugees fleeing the violence in their country, Kim said. The statistics also showed that areas in Turkey with concentrations of Syrian refugees experienced greater economic growth than in the rest of the country, he said, bolstering the case for helping such refugees.

Fragile countries that are vulnerable to violence and conflict also threaten U.S. interests and security, according to Lindborg. “Fragility is … at the center of the new surges of violent extremism — in Syria, Iraq, Nigeria, Yemen, Somalia and the Central African Republic — where movements such as ISIS or al-Shabab  have extended their recruiting into our own country and our European allies,”  she said in April.

Kim called for more enlightened policies to deal with refugees and immigrants.

“Lebanon and Jordan have a huge percentage of their population that’s coming from other countries – refugees,” Kim said. Worldwide, the average length of time people are displaced after fleeing conflict, violence and repression has grown to 17 years.

“What do we do about that?” he said, adding that he had urged world leaders at the recent United Nations General Assembly meetings in New York to consider ways to address refugee issues as countries in Europe increasingly worry about their capacity to absorb those fleeing violent conflict in Syria and Iraq.

Kim said many advanced economies including those like South Korea must begin examining their restrictive immigration policies because their population of aging and elderly is increasing and the working population is shrinking, while birth rates are declining. “So the strategy for those countries should be to welcome immigrants,” he said.

Lindborg also has said that development efforts should be extended more to displaced populations by finding ways to provide jobs and education that will fortify them either for extended periods away from their homes or for their successful return.

To meet the goals of ending extreme poverty and improving the lives of the poor, the World Bank is encouraging governments in developing countries to boost growth by carrying out reforms that include ending fossil fuel subsidies, improving the efficiency of public spending and making sure tax systems are transparent and equitable, Kim said.

Governments also must step up investment in health and education and in support such as pensions and conditional cash transfers to the poor because they have better outcomes than “regressive subsidies for fuel or food,” Kim said. He cited the example of Peru, where cash transfers of $38 a month started in 2005, based on regular health and nutrition checkups for children. The money has reached half a million poor families.

Brazil, too, has cut poverty by 28 percent in the last decade by using similar cash transfers at a cost of 0.5 percent of its GDP, Kim said.

“No matter the level of prospects for economic growth, we have to increase our efforts to insure poor people against the risks and looming disasters of modern life,” Kim said. “Well-off people already profit from various forms of insurance, but everyone should have a safety net.”

Kim endorsed a call by former Obama administration economic adviser Larry Summers and World Bank chief economist Kaushik Basu to ensure a so-called “pro-poor pathway to universal healthcare,” because in the past decade improvements in health accounted for 24 percent of income growth in low- and middle-income countries.

World governments must pay particular attention to stunted growth in infants because of malnutrition that affects brain development in children, Kim said. He urged officials to set a much more ambitious goal to end stunting. The current goal was set in 2012 to reduce stunting in children by 40 percent by 2025.

“That would still leave 100 million stunted children, and that’s not ambitious enough,” he said.  “We must aim higher.  If equality of opportunity is a value that we indeed all share, and we are serious about boosting shared prosperity, we need to work together to set a target to end stunting for all children as quickly as possible and well before 2030.”

The World Bank Group also is setting up a program to help poor countries deal with pandemics like Ebola that struck particularly hard in Guinea, Liberia and Sierra Leone, Kim said. The goal of the program is to “prevent the outbreak from reaching pandemic proportions” by rapidly releasing as much as hundreds of millions of dollars to send first responders, he said.

“If a flu outbreak like the one that killed millions of people in 1918 happened today, it could claim tens of millions of lives and cost the world 5 percent to 10 percent of global GDP, roughly $4 trillion to $8 trillion,” he said. “Today we are not ready to stop it and, as with all natural disasters, it’s the poor who will suffer the most.” 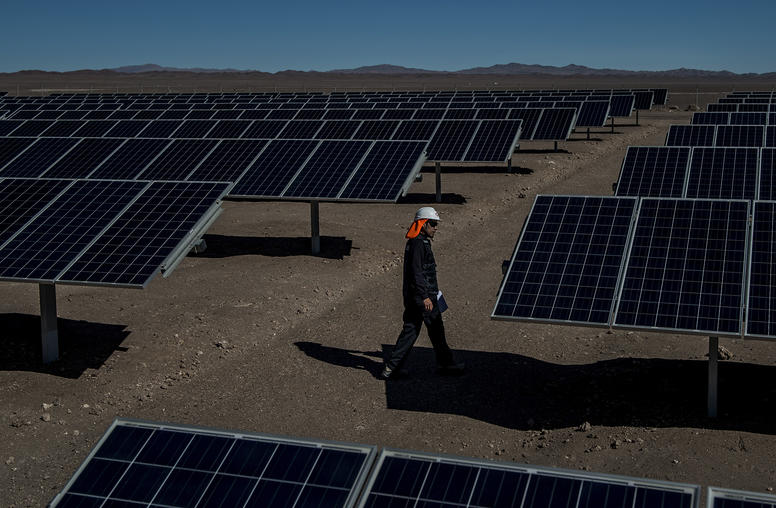 With the global energy sector responsible for two-thirds of carbon dioxide emissions, renewable energy has enormous potential to mitigate the impacts of the climate crisis while simultaneously addressing energy poverty in developing states worldwide. However, clean energy development is far from smooth sailing, as renewable energy infrastructure requires ten times more land than the fossil fuel equivalent to generate the same power.

On September 16, China applied to join the Comprehensive and Progressive Agreement for Trans-Pacific Partnership (CPTPP). USIP’s Carla Freeman says China’s membership in the CPTPP will only increase Beijing’s relative regional influence and prompt more calls for the Biden administration to also join the pact.