The Russian government is advancing its goals in Georgia with media manipulation, funding of local non-governmental organizations and possible backing for a Russia-friendly political party, Khidasheli said in remarks at the U.S. Institute for Peace during a visit to Washington this week. At the same time, Russian forces are putting pressure on the frontiers of the Caucasus nation, pushing incrementally to a half kilometer from the main highway that ties the country together, she said.

“Why have a war if you can manipulate the frontiers and the media and the country’s politics,” she said in an interview after the public discussion. The event was accompanied by an exhibition marking the seventh anniversary of the 2008 war.  Khidasheli, a human rights lawyer and former fellow at the Washington College of Law, became defense minister in May for the Georgian Dream coalition government.

Khidasheli, who met with Secretary of Defense Ashton Carter and White House and State Department officials during her Washington visit, said the agenda for her trip is to strengthen Georgia’s ties with the U.S. and enhance the two countries’ military engagement.

Khidasheli’s U.S. trip comes as Georgia steps up a seven-year drive to win approval from NATO for an official path to membership. Belonging to the North Atlantic Treaty Organization has been the primary firewall against Russian designs on the Baltic nations as President Vladimir Putin seeks to regain Russia’s dominance of adjacent states, Khidasheli said.  She predicted that if NATO again turns down Georgia’s bid for a “Membership Action Plan” when the organization meets in Warsaw in July 2016, her country quickly will face renewed military aggression by its northern neighbor.

Each previous rejection was perceived by Russia as a green light for action, she said. Such a rebuff at the Bucharest summit in 2008 was followed within months by the five-day war that demolished Georgia’s military and left the South Ossetia and Abkhazia regions of the country under effective Russian control, Khidasheli noted. Only a handful of entities have recognized the breakaway regions’ independence, among them the pro-Russia separatist authorities in eastern Ukraine. After the Wales summit in September 2014, Russian forces began nibbling on the borders from the breakaway territory of South Ossetia, she said.

The defense minister contrasted those results with the more secure status of the Baltic states.

“NATO brings the power of peace,” she said.

The 2016 summit can have two possible outcomes, according to Khidasheli: NATO reconfirms its eastern boundaries and says no to any enlargement, or it delivers a clear message that partners matter as much as members.

The answer is almost as important to NATO as to Georgia, she said. NATO needs to act with respect to Georgia to prove its “strength and courage,” she said.  Georgia, which currently ranks as  the second-largest contributor of troops amid the NATO drawdown in Afghanistan, has ties with the alliance that effectively match those of a Membership Action Plan, and is looking now for a political statement that the country is on track for acceptance into the alliance.

“Georgia has been a stalwart ally of the United States and of NATO activities around the world,” USIP Executive Vice President Bill Taylor, a former U.S. ambassador to Ukraine, told the institute audience in introducting the minister.  “Georgia has demonstrated its capabilities … It’s important for us to understand the kinds of challenges that Georgia faces.”

Whatever NATO’s response, it will have ramifications for Georgia’s internal politics, said Khidasheli.  The latest border moves by Moscow have proven embarrassing for her party’s governing coalition, which took power three years ago pledging to ease tensions with Russia.

In the 2016 elections, pro-Russian parties may open new avenues to challenge the Georgian Dream’s key ambition of greater integration with the West.

“I think it will be the time when political parties [that] run on [a] Russian ticket will enter the parliament, which is not the case now [and] was not the case in the previous parliament,” she said. “I don't anticipate them winning, or coming with substantial numbers, but to me, personally, that's also a tragedy ... that after 22 years, we might end up with something like that."

How well they do may depend on the NATO summit, she said. She said she has heard conflicting answers in Washington about whether Georgia’s NATO ambitions will be back on the agenda in Warsaw.

With a “no” answer,“ disappointment will be big,” she said. “Will my voters show up in past numbers? That’s a real question,” she said.

For the moment, Khidasheli said she doesn’t think Russia is eager to open another war front in addition to Ukraine, in part because that may not be necessary to reach its goals.

Instead, Russia’s objective is to “create an atmosphere of declining optimism and increasing skepticism” about the country’s prospects in relation to the European Union and NATO, Khidasheli said.  “The biggest problem they had was people’s enthusiasm,” she said.

Georgians at all levels, as in other post-Soviet countries, are eyeing the Ukraine crisis and responses to it for signals to calibrate their own actions, Khidasheli said.

After meeting with his Georgian counterpart, Carter noted Georgia’s troop contributions in Afghanistan. He said the U.S. and its allies remain committed to supporting Georgia through the NATO-Georgia Commission and package of assistance agreed at the 2014 Wales Summit, as well as through annual military training and exercises. The discussion included a review of plans for $20 million in additional funding this year through the European Reassurance Initiative, a $1 billion program approved by Congress in December to strengthen the U.S. military presence in Europe, to reassure allies in the face of Russia’s aggressive statements and actions.

Asked whether Georgia plans to use a new French air defense system against Russian planes that violate Georgia’s air space, Khidasheli said the country isn’t buying or doing anything with the intention of starting a war.

"Are we going to shoot down a plane?" she posed rhetorically. “I don’t know how a sovereign and independent state is going to act if there is a threat … to its population, its territory. It depends. There is always a double answer to that question depending on the threat,” she said.

Russia’s intention is clearly to provoke, she said, while Georgia’s policy is to refuse to rise to the bait.

“If they cut the highway, is that a red line?” she asked. Then, referring to NATO headquarters she added. “That’s a question for everyone in Brussels.” 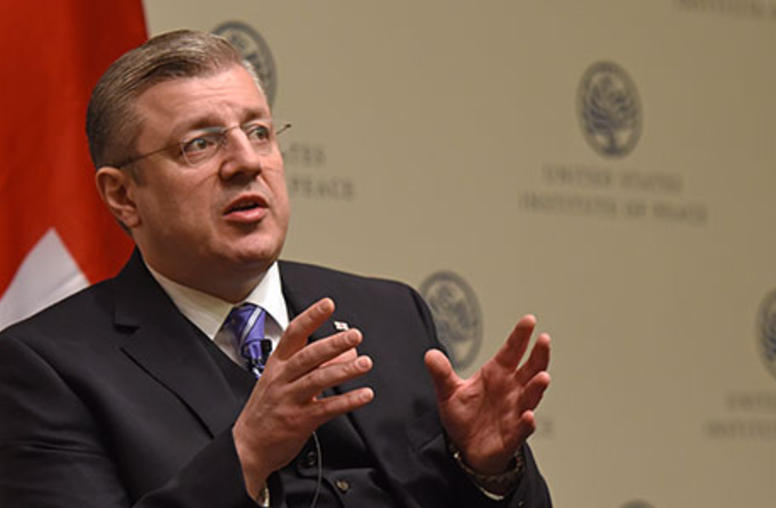 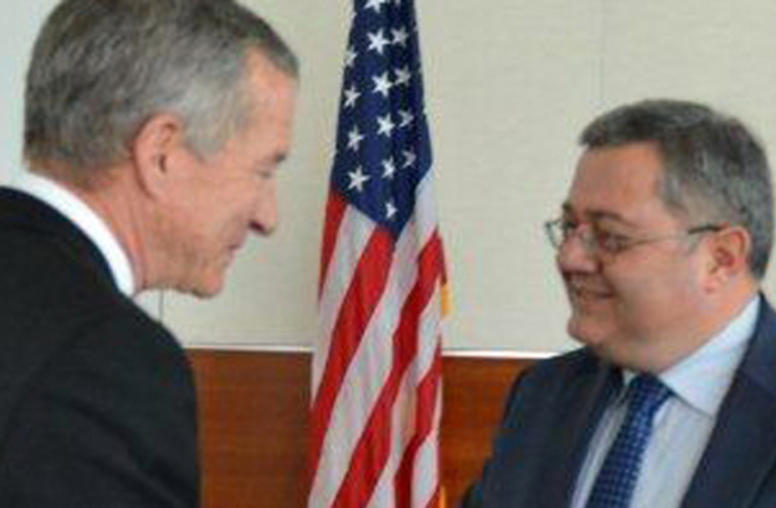 As the former Soviet republic of Georgia’s new leadership determines which direction it will take a country with a struggling democratic transition, the new ruling party sent its first delegation to Washington recently to discuss what each side will contribute to the relationship—and what the other will need in return, both politically and economically.

How is Joe Biden going to deal with North Korea? Why are people worried... - Daily Express