USIP recently awarded $119,474 to the American Association for the Advancement of Science (AAAS) to analyze satellite images from six past conflicts in Asia, Eurasia, and Africa. Scientists will be looking for signs such as the massing of troops, construction of trenches, or  the building of military facilities near borders that might in the future help signal looming war. The idea would be to detect evidence of impending fighting without risking the danger of injecting monitors on the ground, and therefore buy time to try to de-escalate potential conflict.

“This is a cutting-edge initiative,” said Katherine Wood, a consultant for USIP who helped screen grant applicants. “The emphasis is on developing an early-warning system.”

One goal of the project is to develop “a promising new tool that will help avert large-scale violent conflict,” said Steven Riskin, special assistant to the president for grants at USIP.

The cross-border conflicts that will be the focus of the AAAS study are Sudan-South Sudan, India-Pakistan, Cambodia-Thailand, Kyrgyzstan-Uzbekistan, Armenia-Azerbaijan, and a three-day war in 2008 between Eritrea and Djibouti. While government intelligence agencies draw on such technology for their own uses, the AAAS project would examine how publicly available data could be used by those seeking to head off cross-border fighting.

“We’re identifying key dates and time frames from each of the conflicts and obtaining historical satellite imagery to examine,” said Susan Wolfinbarger, who holds a Ph.D. in geography and directs AAAS’s geospatial technologies and human rights project. “What things are there that could have given us hints that a conflict was about to happen?”

The project, which also receives funding from the Geneva-based Oak Foundation, is part of AAAS’s Scientific Responsibility, Human Rights and Law Program. The program provides technical assistance to human rights organizations to advance the capacity to prevent violations, improve coordination of responses when abuses occur, and document incidents for potential use in international litigation.

“We’ve had a human rights project for over 30 years,” Wolfinbarger said. “Geospatial technology is a new way of looking at it.”

AAAS was among the first organizations to document the destruction of villages in Darfur, Sudan, for example, detecting ash rings that were left where villages or traditional round houses once stood, she said. In December 2010, actor George Clooney and human rights activist John Prendergast established the Satellite Sentinel Project to deter and document threats to civilian populations on both sides of the Sudan-South Sudan border. Prendergast is co-founder of The Enough Project, which seeks to end genocide and crimes against humanity.

The AAAS geospatial technology project made news again this August with a report showing a “nearly constant rate of damage” in Aleppo, Syria’s biggest city, over a 10-month period ending in May. The devastation included Aleppo’s Ancient City, a UNESCO World Heritage site. The documentation made possible by satellite images would otherwise have taken months to accomplish on the ground, and at great risk to monitors, Wolfinbarger said. AAAS undertook the Aleppo project independently at the request of the human rights organization Amnesty International, and presented initial findings at USIP in October.

A growing trove of publicly available imagery from commercial satellites “is an untapped resource for the study of border conflicts and territorial disputes,” AAAS said in its description of the USIP project.

“While each dispute is unique, border conflicts are often preceded by a period of escalating tensions,” according to AAAS. Observable effects “could form the basis for an effective conflict early-warning mechanism. “

In addition to Wolfinbarger, project staff members include a specialist in terrestrial remote sensing and a researcher on satellite imagery to track changes in urban environments. AAAS takes the precaution of not releasing images immediately in a fluid situation to avoid risks to vulnerable populations on the ground, Wolfinbarger said.

The USIP-funded study will take place over 18 months. The results will be made publicly available and distributed to relevant government, non-profit and United Nations agencies. AAAS will produce a case study report, an analysis handbook and a technical document that identifies best practices in the interpretation of high-resolution satellite imagery for border conflicts. 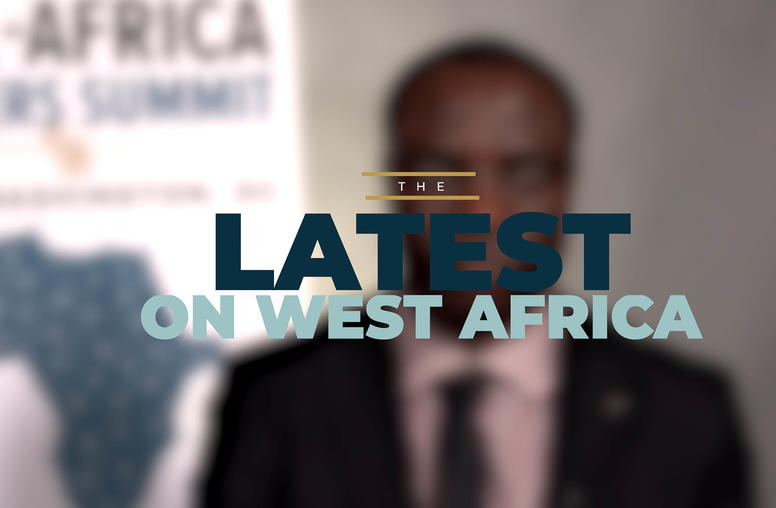 In recent years, a spate of coups throughout Africa has threatened the continent’s peace, stability and development. While coup leaders often cite popular discontent to justify their actions, post-coup environments in Africa have only exacerbated longstanding issues with security and governance. Without a path for a democratic transition back to civilian rule, many countries controlled by coup regimes are risking further fragility that could spread beyond their borders. As the U.S.-Africa Leaders Summit unfolds, USIP’s Chris Kwaja, Joseph Sany and Susan Stigant look at how several post-coup transitions have unfolded in Africa — as well as how the summit can help get them back on track.