There is growing recognition among policymakers and conflict management experts that the media should be a building block of any comprehensive peacebuilding strategy. Yet there are scant guidelines in this regard. Projects are still planned and implemented in a relatively ad-hoc manner, with minimal reference to lessons learned from previous initiatives. This USIP Peacebriefing examines the field.

There is growing recognition among policymakers and conflict management experts that the media should be a building block of any comprehensive peacebuilding strategy. Yet there are scant guidelines in this regard. Projects are still planned and implemented in a relatively ad-hoc manner, with minimal reference to lessons learned from previous initiatives.

On June 25–26, 2008, USIP’s Media Conflict and Peacebuilding Center of Innovation and the Alliance for Peacebuilding convened top media and conflict experts to review a comprehensive strategic framework to aid in the design of practical peacebuilding media. The framework was developed and presented by Vlado Bratic, Ian Larsen and Lisa Schirch in collaboration with USIP. While the framework still requires further development, the experts agreed on many of its propositions. This USIPeace Briefing contains their significant points of agreement but also raises points of debate or ambiguity, all of which are critical considerations when planning a media project.

Conflict prevention and peacebuilding programs use a number of approaches, from facilitating dialogue and negotiations between conflicted groups to using peacekeeping forces to separate armed factions. By incorporating media strategies, however, these programs can reach and potentially influence a far larger audience.

Recognizing the media’s reach is but a first step in harnessing its power as a potential peacebuilder. Care must be taken to prepare media accordingly for the different roles it can play as information provider, watchdog, mobilizer and promoter, among others. Currently this is done in a haphazard manner, with policymakers and peacebuilding media practitioners often working independently of one another and without reference to previous experiences.

This framework is being developed to serve as a guide in planning and implementing peacebuilding media. A marriage of theory and practice, based on a thorough review of literature and peacebuilding media projects, it proposes two theses.

Thesis 1 states that a media project’s impact is proportional to the number of media strategies it uses. Maximum media impact on conflict prevention and peacebuilding will occur when all five of the following strategies are employed:

If the intent of peacebuilding and conflict prevention programs is to change attitudes and behaviors, a single media strategy is insufficient in an environment of pervasive violence. An integrated and diverse set of media practices, however, can carry maximum effect.

Thesis 2 proposes that a media project’s impact corresponds with its integration into conflict prevention and peacebuilding efforts. Media will have maximum impact when it is fully integrated into the overall conflict management strategy, which will use media to assist in areas such as enabling refugee return, promoting human rights, addressing past abuses, etc. To accomplish this, all actors involved must collaborate on an overall strategy and share peacebuilding media practices and plans.

While there was some debate over the classifications of the strategies in Thesis 1, the experts concluded that the requirements of both theses must be met for a peacebuilding effort to have the greatest prospects for success. They further elaborated on the different forms that peacebuilding media strategies have taken to date, offering best practices, lessons learned and some areas for development.

Basic journalism, teaching accurate, impartial and responsible reporting training, remains a core component of media development. Conflict-sensitive journalism goes beyond this by encouraging journalists to be aware of what effects their language and reporting can have on the conflict—as well as how they may become victims of the violence.

This experts group observed that conflict-sensitive journalism is often met with resistance from the news profession, as it is commonly conflated with peace journalism, a more agenda-driven reporting style. Peace journalism approaches activism, as it is intended to focus attention on peace efforts and the search for a nonviolent solution to conflict. In Colombia, for example, newspapers such as El Tiempo have had both war correspondents and peace correspondents. Participants observed that peace journalism can overlap with social marketing in that it works to “sell” peace.

Community media operates on a local level through traditional platforms such as television, radio and print. In general it serves as a conduit for community information. However, the specialists pointed to examples in Southeast Asia and Latin America where village radio stations have organized peaceful resistance against the surrounding violence.

User-generated new tech media begins with more independent, individualistic production of blogs, text messages, wikis, etc., but take their power from the social networking capabilities of these new technologies. Many examples were cited in which communities were mobilized quickly for both constructive and violent purposes on the basis of the new so-called Web 2.0 collaborative technologies.

The experts group observed that the power of citizen media lies in its grassroots, bottom-up authenticity and spontaneity. Leveraging its potential therefore will come less from trying to “organize it” than from showing citizens, through training, how to use new tech media or how to counter hate media when it arises in community outlets.

Social Marketing — entertainment, advertising and use of other typically “commercial” media strategies to promote peace

This media leverages many distribution channels and formats, ranging from soap operas to public service announcements (PSAs), to street theater and concerts. Its dramatic, often fictional formats offer the advantage of being able to tackle contentious and divisive issues that might be too inflammatory to discuss in “real” life. For example, Nigeria’s “The Station”, produced by Search for Common Ground, is a television soap that follows the lives of a fictional television news team who examine current national issues along with the everyday drama of their lives.

PSAs, on the other hand, such as those produced to “sell” the Good Friday Peace agreement in Northern Ireland (“It’s Your Decision”) and the “Respect” campaign in Bosnia-Herzegovina in support of new property rights laws send more explicit messages and aim to have a more direct effect on the conflict.

Both formats, however, were considered “social marketing” by the experts group, although there was considerable discussion about whether indirect or direct peacebuilding messages are more effective. This led to a general consensus on the need to improve impact evaluation within and across peacebuilding media programs.

Media regulation, encompassing both codes of conduct and ownership issues, is the necessary “rule of law” component of every comprehensive media development project. While the previously discussed strategies create and encourage open media through production, regulation is a parallel effort to ensure that what is produced and aired is not inflammatory or contrary to the public’s interest in peace. When done well, the peacebuilding benefits are substantial.

There was thorough consideration of Bosnia-Herzegovina as a regulation success story. Two years after the Office of the High Representative formed the Independent Media Commission, the country had 200 licensed television and radio broadcasters, a functioning market, virtually no hate speech, public broadcasters and local ownership over regulation. In contrast, the experts group reviewed the unsuccessful efforts made in Iraq to do something similar and the challenge of imposing regulation in an unstable environment.

The framework proposes that to maximize its effectiveness, a peacebuilding media program must be incorporated into other conflict management planning. An assessment of the broader media and conflict management environment was recommended at the outset of any media initiative to ensure optimal use of media dollars and avoid duplication of effort. A comprehensive assessment will also permit the program’s developers to design appropriate evaluation criteria and protocols. It was observed that to date, most peacebuilding media programs have had largely anecdotal evidence to back their claims of effectiveness. This has, in turn, made funders justifiably skeptical.

The field is maturing however, partly as a result of recently improved efforts at collaboration and information sharing. Just prior to the USIP meeting, Deutsche Welle Global Media Forum held its first annual worldwide gathering of media representatives and decision makers to discuss potential solutions to the world’s greatest challenges. Other participants noted additional meetings, including, one specifically to consider impact evaluation in peacebuilding media initiatives.

The framework on media and peacebuilding considered by the experts group received strong endorsement and a number of recommendations, including:

USIP publication of the full framework in book form is expected in fall of 2009.

This USIPeace Briefing was written by Sheldon Himelfarb, Sheldon Himelfarb, Associate Vice President and Executive Director of the Media, Conflict and Peacebuilding Center of Innovation and Megan Chabalowski, research assistant in the Center, at the United States Institute of Peace. The views expressed here are not necessarily those of USIP, which does not advocate specific policies.

Iraqi Prime Minister Mustafa al-Kadhimi came to power a year ago today after a protest movement toppled the previous government and successive attempts to establish a new one failed. Inheriting a country deep in the midst of political and economic crises, Kadhimi has spent the last year trying to put Iraq back on the path toward stability all while navigating U.S.-Iran tensions playing out on Iraqi soil. USIP’s Elie Abouaoun and Sarhang Hamasaeed look at what Kadhimi has done to attempt to placate protesters, the importance of Iraq’s October national elections and how the prime minister has dealt with U.S.-Iran tensions. 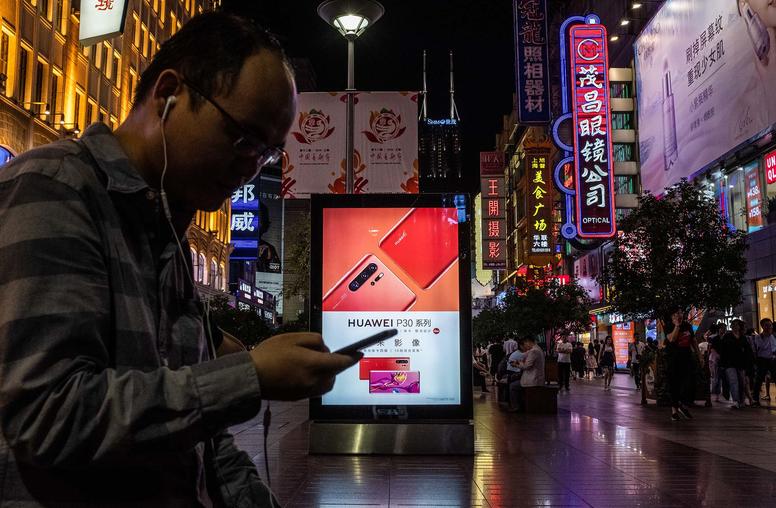 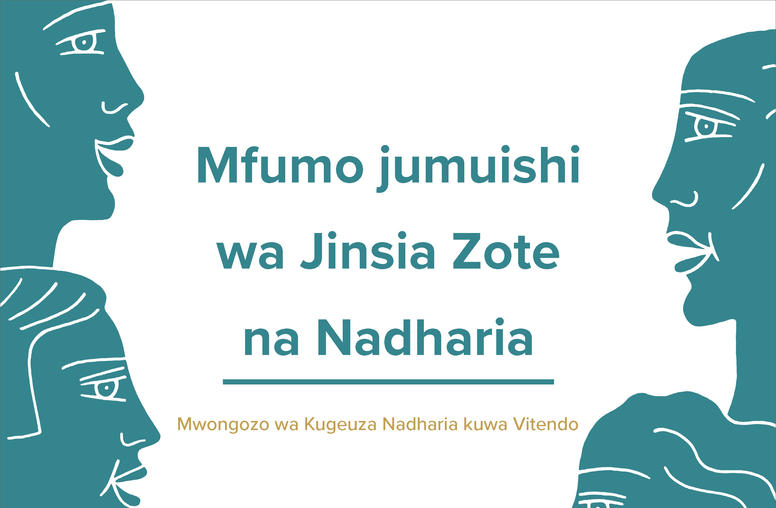 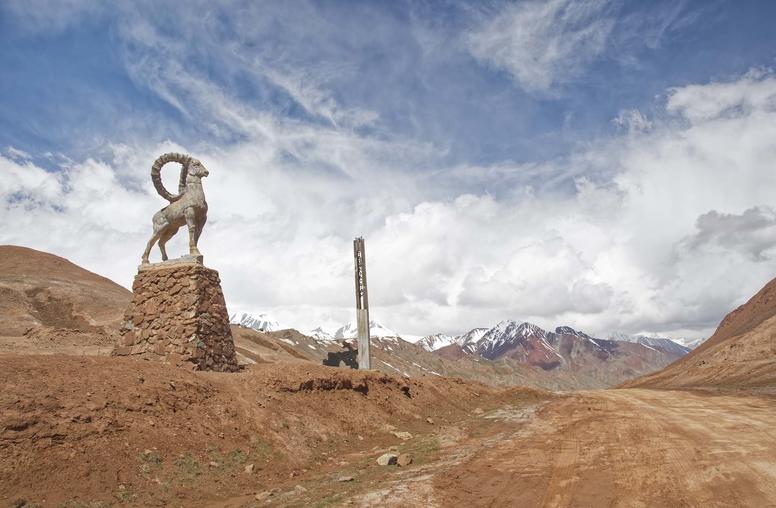