Verified dismantlement of the nuclear weapons program of the Democratic People's Republic of Korea (DPRK) can be accomplished successfully. Although difficulties abound in reaching an agreement with the DPRK to achieve this goal, the methods and steps involved in the dismantlement process are well understood.

Verified dismantlement of the nuclear weapons program of the Democratic People's Republic of Korea (DPRK) can be accomplished successfully. Although difficulties abound in reaching an agreement with the DPRK to achieve this goal, the methods and steps involved in the dismantlement process are well understood.

Because this goal remains vital to U.S. and international security, the United States has joined with China, Japan, Russia, and South Korea in working toward verified denuclearization of the Korean peninsula with the cooperation of the DPRK. These six nations have launched a series of negotiations, called the Six-Party Talks, aimed at resolving the crisis over the DPRK's nuclear program. These nations are also attempting to create a plan to dismantle the DPRK's program in a manner with which all the nations can feel secure.

In the process of negotiating a verified dismantlement plan, both the DPRK and the United States have made proposals that are unacceptable to one another due primarily to a lack of confidence in the other's veracity. A middle ground must be found to move for ward with this important task.

The United States originally called its proposal the complete, verifiable, and irreversible dismantlement (CVID) of the DPRK's nuclear program. Under this proposal, once the DPRK had dismantled its nuclear program and permitted thorough monitoring, it could expect a range of economic and energy benefits and security guarantees from the United States and its allies. In its proposal, the DPRK stated its willingness to scrap its nuclear weapons program in a step-by-step approach if it first received a list of security guarantees and substantial economic and energy benefits. However, most of the DPRK's public statements have focused on an offer to freeze its nuclear program in return for benefits, with actual dismantlement to come later in the process. In addition, the DPRK has rejected the complete elimination of its civil nuclear programs and insisted on the completion of a large electricity-generating nuclear reactor, a step strongly opposed by the United States.

In September 2005, the six parties issued a statement in which they agreed that the goal of the Six-Party Talks is the verified denuclearization of the Korean peninsula. In that agreement, the DPRK committed to abandon its nuclear weapons and all nuclear programs and the other par ties agreed to actions such as giving energy aid and working toward normalization of relations. The agreement does not address many key disputed issues, such as the timing of dismantlement and rewards, how dismantlement will be verified, the scope of programs to be abandoned, and the future of the DPRK's civil nuclear programs. These issues will be addressed during subsequent rounds of talks.

This report outlines an approach that attempts to address the disagreements that the United States and the DPRK have with each other's proposals. This third proposal, called "progressive dismantlement," aims to allow a more informed discussion of the process of verified dismantlement.

The proposal involves three phases that would gradually denuclearize the Korean peninsula and bring the DPRK into compliance with both the Nuclear Non-Proliferation Treaty (NPT) and North-South agreements. Verification would occur throughout the process, and incentives and security guarantees would also be implemented in stages linked to the dismantlement and verification steps.

This approach takes into account the underlying suspicions of the parties to an agreement. U.S. officials worr y that the DPRK would cheat and hide key nuclear materials or facilities. The DPRK leadership likely suspects the other parties' commitment to rewards and their motivations for conducting certain verification activities. The progressive dismantlement model recognizes the initial lack of trust among the parties and allows confidence building through the successful implementation of initial cooperative steps. Verified dismantlement is more likely to succeed in a positive and cooperative climate.

This repor t discusses the three main nuclear programs subject to dismantlement and the procedures and actions necessar y to verif y their dismantlement. It also discusses the challenge of bringing the DPRK into compliance with the NPT. All told, then, four tasks must be under taken:

All four tasks will require the verification organization to conduct a range of activities to ensure that dismantlement has occurred and that sensitive items are destroyed or shipped out of the DPRK, as well as to gain confidence in the absence of undeclared materials, equipment, and facilities. The pace and outcome of the process will depend primarily on the DPRK's transparency and cooperation with the verification organization.

The report concludes that the best choice for a verification organization is the International Atomic Energy Agency (IAEA) supplemented by nuclear experts from the nuclear weapons states, a plan called IAEA Plus. This approach has the advantage of using the expertise the IAEA has gained through routine safeguards activities and experiences in Iraq, Iran, South Africa, and Libya and the special resources and expertise of the nuclear weapons states.

The report emphasizes that the DPRK must be cooperative with and transparent to the verification organization and the other parties to any agreement. Such commitment will likely depend on the DPRK's belief that its vital interests are ser ved by an agreement to verifiably dismantle its nuclear weapons program. Because of the suspicions that exist between the DPRK and the other participants in the Six-Party Talks, a goal of the negotiators should be to find ways to gradually improve the political and security atmosphere between the DPRK and the other parties. An improved atmosphere can ease the verification process and the task of developing confidence that the DPRK is not hiding portions of its nuclear program.

The report shows that verification should start early in the implementation phase of any agreement. Delays in implementing verification could make it more difficult to achieve confidence that the DPRK is dismantling its programs according to its commitments.

During the verification process, inspector rights of access will be critical. As a result, U.S. negotiators should encourage the DPRK to grant unrestricted access to sites as deemed necessary by the verification organization, with the understanding that the DPRK can take reasonable steps to protect vital secrets in programs that are not covered by a dismantlement agreement. This report discusses how these concerns can be balanced under a vigorous verification plan.

The United States should modify its position on future DPRK civil nuclear programs. It has already accepted an exemption for the use of radioisotopes in nuclear medicine and civil industries. The continuation and expansion of such civil programs is vital to any nation and may contribute to effective dismantlement by providing jobs for displaced nuclear scientists and technicians. The fate of nuclear electricity generation programs is more controversial, but any construction work on a nuclear reactor is unlikely before the DPRK has accomplished verified dismantlement. In addition, if a power reactor is built at some future date, IAEA inspections can provide adequate verification against potential misuse of this reactor.

Although achieving cooperative verified dismantlement has many possible pitfalls and trials, the outcome is of the utmost importance for the security of the international community. If the Six-Party Talks can come to an agreement, then a realistic process to denuclearize the DPRK will be under way for the first time. All members of the Six-Party Talks should set this goal as their highest priority.

David Albright, a physicist, is founder and president of the Institute for Science and International Security (ISIS), a nonprofit, nonpartisan institution integrating technical, scientific, and policy research aimed at stopping the spread of nuclear weapons, bringing about greater transparency of nuclear activities worldwide, and achieving deep reductions in nuclear arse- nals. He has published numerous assessments of secret nuclear weapons programs throughout the world and has been cited often in the media and appeared frequently on television and radio. He is coauthor of Plutonium and Highly Enriched Uranium 1996: World Inventories, Capabilities, and Policies and Solving the North Korean Nuclear Puzzle. From 1992 until 1997, he cooperated actively with the IAEA Action Team focusing on analyses of Iraqi documents and past procurement activities. In June 1996, he was the first nongovernmental inspector of the Iraqi nuclear program.

Corey Hinderstein is the deputy director of ISIS. Her work includes key research and analytical contributions to state-specific proliferation assessments and case studies, including using commercial satellite imagery as a research tool. 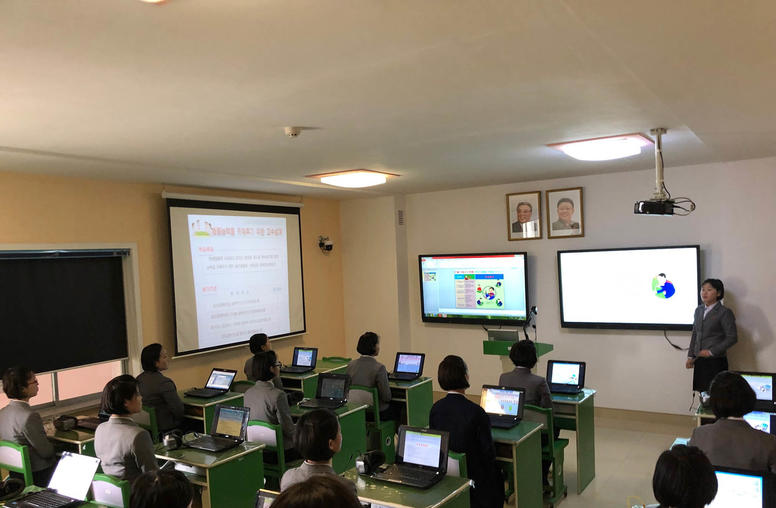