With increasing frequency, U.S. leaders try to achieve their foreign policy goals by marrying diplomacy to military muscle. How does coercive diplomacy operate and how well does it work?

With increasing frequency, U.S. leaders try to achieve their foreign policy goals by marrying diplomacy to military muscle. Since the end of the Cold War, "coercive diplomacy" has been used in no fewer than eight cases. But what, exactly, has the concept of coercive diplomacy meant in recent practice? How does coercive diplomacy operate and how well does it work?

On June 17, the Institute hosted a Current Issues Briefing to explore lessons learned over the past 12 years from coercive diplomacy applications aimed at countries ranging from Serbia and North Korea to Afghanistan and Iraq as examined in the new Institute book The United States and Coercive Diplomacy.

Moderated by Paul Stares, director of the Institute's Research and Studies Program, the briefing featured book co-editor Robert Art, a professor at Brandeis University and research associate with Harvard University's Olin Institute for Strategic Studies; former undersecretary of state Arnold Kanter, currently a resident senior fellow at the Forum for International Policy; and Robert Gallucci, dean of Georgetown University's Edmund A. Walsh School of Foreign Service and a former ambassador at large with the U.S. Department of State.

Although coercive diplomacy has increasingly become a popular tool for U.S. policymakers since the 1950s, the effectiveness of the limited use or threat of military force by the United States is open to debate.

While Art noted that political objectives often will change during coercive diplomatic actions and that it was also difficult to define clear policy success, he stressed that the study's finding was consistent with the findings of other research in the field. What makes coercive diplomacy such a difficult tool for U.S. policymakers to wield effectively Art asked.

Examining some of the lessons learned from his study, Art outlined three main challenges that policymakers have encountered in the use of coercive diplomatic tactics:

Therefore, Art stressed in conclusion, the costs of coercive diplomacy often in the long run can prove to be much greater than its policy benefits—making it a high-risk tool for U.S. policymakers, with potentially unreliable results. "[You] shouldn't resort to coercive diplomacy," Art warned, "unless you're prepared to go to war if it fails."

Managing the Winds of War

Building upon Art's previous remarks, Arnold Kanter stated that from a policy standpoint coercive diplomacy was a "very slippery concept" where the policy was centered on the use of military force and yet designed as an alternative to all-out war. This, Kanter noted from his tenure as U.S. undersecretary of state for political affairs, can set up a very alluring, yet paradoxical situation for U.S. policymakers. "The most important feature from a policy standpoint is that [coercive diplomacy] can be very seductive," Kanter cautioned. "It offers the allure of gaining our military objectives on the cheap." Unfortunately however, as Kanter noted, there are very few clear examples of an opponent changing its behavior in response to coercive diplomacy.

In an effort to balance the risks, political and otherwise, with the potential benefits of using coercive diplomacy, Kanter suggested that U.S. policymakers use four primary guidelines in evaluating whether coercive diplomacy is the appropriate policy tool to use in managing a foreign policy dilemma as well as in its later implementation:

In closing, Kanter noted that before employing coercive diplomatic measures policymakers should consider what threshold of force would separate coercive diplomacy from limited war or full-scale combat. He also stressed that coercive diplomacy was intelligence intensive and required very accurate information not only on an opponent's vulnerabilities, but economic and political analyses of their likely reactions to the application of various levels and types of military force. Nevertheless, Kanter stressed that policymakers should not be afraid to consider coercive diplomacy, if necessary, to deal with daunting foreign policy challenges, including serious international humanitarian crises or human rights abuses such as the charges of ethnic cleansing and other human rights abuses in the mid '90s in Kosovo. "The dichotomy between [national] interest and [U.S.] values is at best false and in any event not a helpful guide to policymakers," Kanter emphasized.

In examining of one of Art's case studies, Robert Gallucci discussed his experiences working as part of the State Department team during the Clinton administration's negotiations with North Korea leading to the 1994 Agreed Framework. In contrast to the arguments made by Art and his co-authors, Galluci argued that the 1994 North Korea negotiations were not a failure of coercive diplomacy, but instead a success meant as a means and not ends for managing North Korea's nuclear ambitions. To illustrate this, Galluci offered rebuttals to three of the major assertions in the North Korea case study:

In summary, Galluci stressed that the negotiations leading to the Agreed Framework had not been perfect and that the resulting agreement, like all international agreements, was imperfect. Further, Galluci argued that it was a realistic outcome for a process that was only designed to manage the immediate crisis over North Korea's drive to enrich plutonium and was never envisioned as a permanent fix-all for North Korea's desire to become a nuclear power. "It's good, if you're a bureaucrat, to have low standards of success," Galluci noted in closing.

This USIPeace Briefing reflects the presentations and comments from "The United States and Coercive Diplomacy: Past, Present, and Future"—a Current Issues Briefing held at the U.S. Institute of Peace June 17, 2003. The views summarized above reflect the discussion at the meeting; they do not represent formal positions taken by the Institute, which does not advocate specific policies. 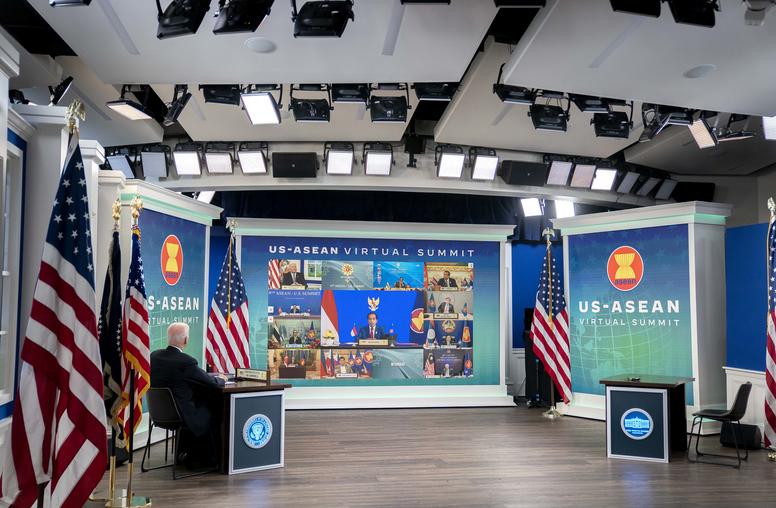