Enough already. It is time to stop debating whether the United States stands at the threshold of a “new Cold War” with China. The question has become an obsession among China watchers and foreign policy analysts. But the debate’s poorly defined nature sheds little light on the excruciating choices policymakers face when dealing with Beijing.

Let’s start by examining why the controversy amounts to geopolitical empty calories—energizing but lacking in the substance needed to prescribe policy.

Those who reject the new Cold War framework essentially make the argument that Case A is not Case B. It is literally not the 20th century, China is literally not the Soviet Union. They rightly contend that the world has changed in countless ways since the original Cold War. But the argument falls apart by setting a standard that cannot be met without a time machine. If “Cold War” is a category of one—the twilight struggle between Washington and Moscow in the latter half of the last century—then proclaiming that today’s matchup does not fit into the framework tells us very little about the current state of U.S.-China relations.

Conversely, the proponents of the new Cold War concept tend to make the definition too loose. For them, the contest is a new Cold War because the challenge a muscular China poses goes beyond the tin pot dictators and transnational problems that have occupied American strategists since the Berlin Wall fell. (In fairness, some in this school prefer the term “great power competition” because it is more general.) But the simple fact of big countries competing for influence should not lead policymakers toward an unthinking reversion to the strategies of yesteryear.

Adopting a new Cold War framework might be useful in one critical way: In a democracy, leaders need to explain national security decisions to the public in understandable terms. And Americans commonly understand that a “cold war” means a competition among powerful countries that encompasses the political, technological, military, and values spheres. It is therefore useful, albeit loaded, shorthand, although only when paired with appropriate caveats about what is new this time around.

Adopting a new Cold War framework might be useful in one critical way: In a democracy, leaders need to explain national security decisions to the public in understandable terms.

Paradoxically, despite their differing assessments about the nature of the problem, the two schools largely agree on the major elements for how Washington should deal with Beijing: strengthen U.S. alliances, maintain an effective military deterrent, uphold democratic values, foster domestic renewal, and seek out pragmatic cooperation with China. When it comes to implementing those broad strokes, however, a number of difficult questions arise. How U.S. policymakers answer such questions will shape Sino-American relations much more than generalized observations on Cold Wars or lack thereof.

Here are just a few of those questions.

When it comes to economics and trade, does interdependence make the two countries less likely to fight? Or would some degree of separation between them actually be stabilizing? To the extent that trade helps China grow its economy and fund its military, is there a point where U.S. policy should move beyond trying to control particular technologies and seek to restrain China’s economy generally? Which regional and global trade agreements should Washington pursue in order to shape the terms of international trade?

On technology, can America sustain its advantages through radical openness? Or is it more important to shield U.S. centers of innovation from an onslaught of theft and espionage? Should Washington resurrect some form of industrial policy to cultivate innovation, and if so, what would it look like?

For the military, where should Washington draw a forward defensive line in Asia, if at all, and what costs are Americans willing to bear to uphold it? Should the line stay fixed indefinitely, or be redrawn periodically to accommodate Beijing’s growing power? Would Chinese leaders be reassured or emboldened by any accommodative moves? For example, if Washington allows Beijing to seize Taiwan, will China be satiated, or would it just pick a new target for conquest?

Even if America and China are not locked in a global ideological contest—itself a matter of some debate—Beijing still perceives intense ideological pressure from Washington. Will China feel more room to liberalize with less day-to-day foreign prodding, or will it only open up politically if democracies exert consistent, firm stance on values? How should Washington support human rights in China and counter Beijing’s authoritarian example without convincing Chinese leaders that the United States is an implacable adversary? Or, more provocatively, are expanding freedoms always going to be a mirage under the Communist Party?

Washington and Moscow grudgingly found ways to cooperate during the Cold War, so working together should always be possible. But where, exactly, can the United States cooperate with China today? The list seems to shrink constantly, even as the need for effective transnational cooperation grows. Does it make sense for Washington to accept concessions on some issues in order to garner Beijing’s help on others? Should America try to link different issues together or compartmentalize them? Will China be amenable to either approach?

Washington and Moscow grudgingly found ways to cooperate during the Cold War, so working together should always be possible. But where, exactly, can the United States cooperate with China today?

Crafting responses to these vexing dilemmas will determine where the proverbial rubber hits the road on U.S.-China relations. Notably, most of those tradeoffs are just as agonizing whether or not one believes Washington and Beijing are locked in a new Cold War—which should tell us something about the value of that discussion overall. Let’s put the whole debate to bed and get down to discussing the harder but more consequential tradeoffs that will shape U.S.-China relations in the decades to come.

This piece was originally published by PacNet. 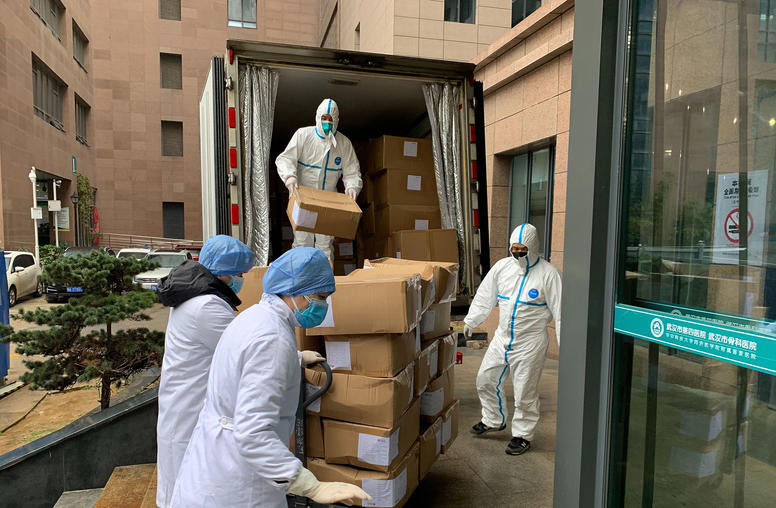