Its been nearly a year since Sudan’s longtime dictator, Omar al-Bashir, was ousted from power. As the country moves to transition to democracy, its civilian government and Sudanese civil society have called on the U.S. government to remove Khartoum from the State Sponsors of Terrorism (SST) list. The Sentry’s Hilary Mossberg and John Prendergast recently argued that although delisting is an important for Sudan’s transition, it is just one of multiple steps needed—from both the U.S. and Sudan—in order for pro-democracy forces to achieve their goals. Mossberg and Prendergast explain what the actual impact of delisting would be and what Sudan’s government can do to get there.

Does the State Sponsor of Terrorism Designation prevent international banking and private investment in Sudan?

Simply put, no. The SST designation does not directly prevent international banking or private investment in Sudan. There is a common misconception that sanctions imposed by the United States are inhibiting economic growth in Sudan. In fact, almost all of the sanctions imposed on Sudan were removed in 2017. All that remain are U.N.-mandated sanctions related to Darfur, which haven’t been updated in years and only prohibit arms transfers into Darfur as well as financial transactions and international travel of a small number of people. Although the SST listing may lead to some initial pause on the part of banks with respect to doing business in Sudan, it does not prevent them from undertaking any such efforts. For example, Oracle recently announced that it would be working with a Sudanese bank on a mobile banking project.

What does cause most banks and companies to hold back private investment is the opacity of Sudan’s entire economic system. This opacity makes it difficult for banks and companies to conduct customer due diligence on Sudanese clients and to fully understand possible risks. In an effort to increase foreign investment and lure international banks and companies back to Sudan, the government and banking sectors should demonstrate greater transparency, enforce and comply with Sudan’s existing anti-money laundering laws and policies, and improve banking supervision policies and practices. These steps will allow international banks and private investors to adequately assess risks and possibly increase investment in Sudan.

What would be the actual impact if Sudan were delisted and would Sudan then be eligible for debt relief and financing from the World Bank and the IMF?

When Sudan is delisted, one immediate impact will be the ability of the U.S. government to vote in favor of IMF and World Bank debt relief packages and other multilateral loans and financing. It’s important to note, however, that the SST designation does not prohibit any other country or group of countries from providing debt relief or aid to Sudan. Additionally, when the terrorism designation is lifted and IMF and World Bank loans can move forward, IMF and World Bank policies on arrears may still prevent lending to Sudan.

In mid-December 2019, an IMF team visited Sudan to discuss the 2019 Article IV Consultation with the Government of Sudan. The team issued a statement at the conclusion of the visit indicating that, while Sudan is eligible for debt relief under the Heavily Indebted Poor Countries (HIPC) Initiative, both the terrorism designation and the large external debt and arrears impede access to external financing and development. The IMF team encouraged Sudan’s government to obtain comprehensive debt relief and to increase cooperation with the IMF’s policies and payments.

In addition to possible debt relief, delisting will likely improve the perception of Sudan as a place for investment, particularly for American companies. However, even with the delisting, Sudan needs to focus on reforming the banking sector and rooting out corrupt actors entrenched in the system. Until those reforms take place, real risks remain, and the uncertain investment climate will continue.

What has the transitional government done—and what still needs to be done—to signal to the United States that Sudan is prepared to be taken off the State Sponsors of Terrorism List?

Sudan has taken several important steps to signal to the United States that they are prepared to be removed from the State Sponsors of Terrorism list. Sudan has increased counterterrorism cooperation with the U.S. government for several years, and terrorist activity, including fundraising, within Sudan has decreased substantially. The crucial next step is the negotiated settlement with the families of victims of terrorist attacks conducted with alleged material support from the former Sudanese government. Those attacks include the 1998 bombings of the U.S. Embassies in Kenya and Tanzania and the 2000 attack on the USS Cole. Sudan has made some effort to reach a settlement. There is a U.S. Supreme Court hearing scheduled for late February 2020 related to the case, specifically the question of whether the USS Cole victims can collect punitive damages. The linkage of the settlement to the SST delisting is a policy decision, not a statutory provision of the SST designation.

The government has also taken important steps to improve their anti-money laundering and countering the financing of terrorism regime, although there is still more to be done. A strong anti-money laundering regime will make it much more difficult to finance terrorism using Sudan’s banks. It will also show the U.S. and the rest of the international community that the new government is prioritizing counterterrorism and wants to protect its financial sector from potential abuse.

Beyond delisting, what are other necessary reforms that Sudan must undergo to improve the climate for private investment? And would the U.S. consider other means of economic sanctions?

Sudan must prioritize reforming the banking sector to encourage private investment. Banking supervision remains weak, and the Central Bank’s capacity to crack down on corrupt banks is largely untested. The Central Bank governor is aware of the weaknesses, though, and has committed to redoubling anti-money laundering efforts in order to improve the integrity of Sudan’s banking system. Sudan has laws in place to combat illicit finance, but the implementation of these laws is uneven, at best, and generally ineffectual. All parts of the system need to work together to improve effectiveness. The Central Bank should encourage Sudan’s banking sector to file suspicious activity reports, particularly related to corruption and terrorism finance, and those reports should be used by Sudan’s Financial Intelligence Unit to open investigations and bring cases to the judiciary for prosecution.

On sanctions, it is our view that the United States, the African Union, the European Union, and other concerned governments should consider imposing targeted network sanctions on the spoilers of democratic and economic reforms. Elements remain within the government of Sudan that seek to maintain corruption for their own personal gain, and those elements likely have the ability to use private banks to launder proceeds of corruption. Networks that continue to facilitate state capture should be sanctioned in order to help the new government cut them out of the system and improve Sudan’s investment climate. Our organization, The Sentry, will release its first investigative report related to Sudan in February and continues to provide information to governments and banks to assist in their efforts to take action.

The United States could also consider implementing a form of “responsible investment reporting requirements” that would ensure that banks and others in the private sector who are beginning new business in Sudan are required to conduct—and publish the results of—key elements of due diligence. Such a system could help ensure broader transparency overall, from both the public and private sectors.

Hilary Mossberg is The Sentry‘s anti-money laundering expert for Africa. John Prendergast is a human rights and anti-corruption activist and the co-founder with George Clooney of The Sentry, an investigative initiative chasing the assets of African war criminals and their international collaborators. This article represents the views of the authors and not those of USIP. 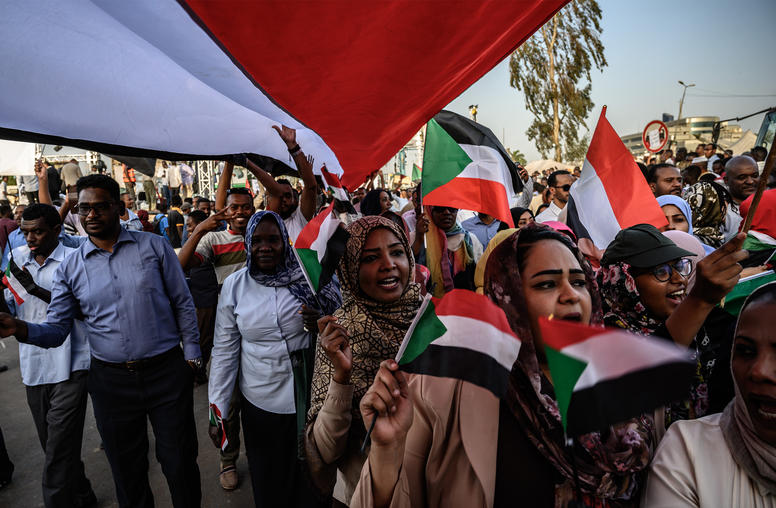 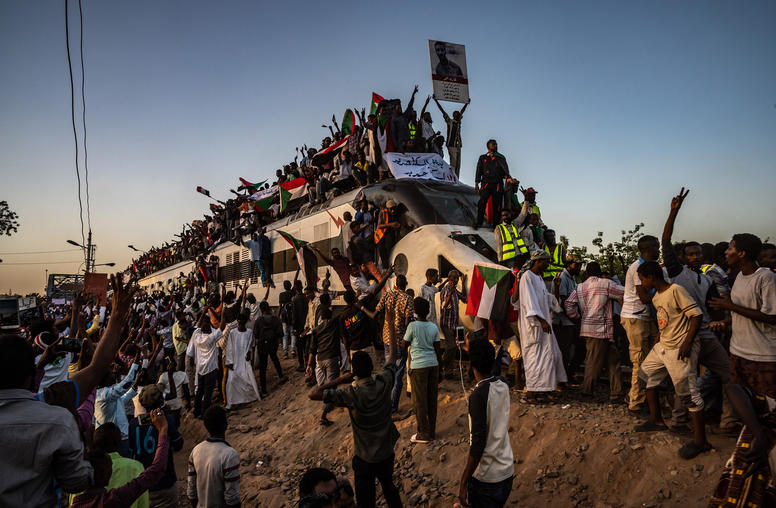 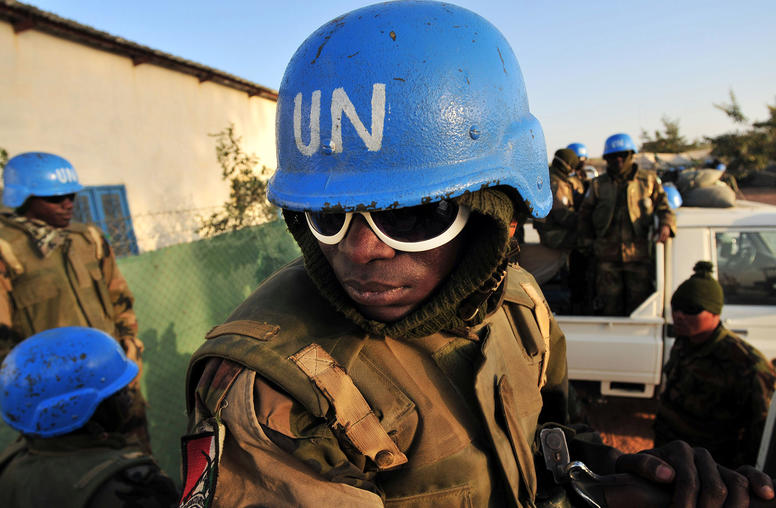