The latest India-Pakistan crisis has put China in a difficult position, as it tries to balance its relationships with both countries, while helping to stave off a conflict and demonstrate its ability to manage and resolve crises. Chinese Foreign Minister Wang Yi spoke to leaders in both Pakistan and India last week, urging them to practice restraint and find a way to deescalate the situation. Despite Pakistan’s request for China to play a more active role, competing priorities constrained the degree to which Beijing could lead—highlighting a chronic challenge for Chinese diplomacy in South Asia. China’s decision to keep a low profile is likely deliberate and in keeping with longstanding practice, but it is inconsistent with Beijing’s aspirations to lead in Asian crisis diplomacy.

China’s response to the spiraling crisis set off by the Pulwama attack on February 14 reflects a broader strategic instability between China, India, and Pakistan. While Beijing cultivates its relationship with Pakistan as a counterbalance to India, China also aims to prevent India from joining with the United States to counter China—a balancing act that is increasingly difficult to sustain.

On the other side, as the two most populous Asian states, China and India are locked in a natural strategic rivalry. That sense of competition has been heightened as China’s power grows and it becomes more engaged in the countries to its west, such as Bhutan, Nepal, and Bangladesh—an area India considers its traditional sphere of influence. Those tensions nearly led Beijing and New Delhi to come to blows in 2017 when China tried to build a road in the Doklam area of Bhutan that would have allowed Beijing to occupy strategic territory that India views as necessary for its security. Overall, India’s preoccupation with countering Pakistan serves China’s interests by forcing the Indian military to perpetually be ready to fight a two-front war, hindering Delhi’s ability to counter a rising China.

Recognizing the need for cooperation to ease the broader geopolitical tensions, Chinese President Xi Jinping and Indian Prime Minister Narendra Modi held a leader summit in Wuhan, in Hubei province, China, in April 2018. The two have tried to sustain the “Wuhan spirit” of peace and cooperation since that time, albeit with mixed success.

What Has China Done so Far?

As tensions escalated, Pakistani Foreign Minister Shah Mahmood Qureshi reached out to his Chinese counterpart, Wang Yi, on February 25 and then again on February 27 in what was described as a late night, emergency phone call. Although not explicitly mentioned in the readouts of the conversations, Qureshi’s calls presumably also served the purpose of soliciting China’s support for Pakistan’s actions during the current tensions.

The crisis erupted the same week that China was also hosting foreign ministers from India and Russia for the Russia-India-China (RIC) trilateral summit. The RIC summit provided China with a convenient forum for crisis diplomacy with India. Still, China’s influence with India remains limited, especially given Beijing’s efforts on Pakistan’s behalf at the U.N. and its support for Islamabad overall. At the RIC summit, the three leaders agreed on the need to counter “breeding grounds of terrorism” and “stressed that terrorist groups cannot be supported and used in political and geopolitical goals,” but the joint communiqué from the summit makes no mention of the ongoing crisis in South Asia.

Foreign Minister Wang responded to a related question in a press conference, calling on both sides to “find out the truth, control the situation, solve the problem and jointly well maintain regional peace and stability,” while pledging that China “is willing to play a constructive role in this regard.”

Despite this assurance, there is no public evidence indicating that China played a major role in deescalating the crisis, although Beijing may have exerted influence privately. At a press conference on March 1, Foreign Ministry spokesperson Lu Kang declined to say if China was active behind-the-scenes, instead stressing that China had been urging both parties to pursue a peaceful solution.

China’s position on terrorism has made its response to this crisis particularly sensitive. Beijing takes a hardline rhetorical stance against what it calls the “three evils” of terrorism, extremism, and separatism, which it uses to justify interning an estimated one million Uyghurs in Xinjiang. Yet its traditional alignment toward Pakistan has come into conflict with its stance on aggressive approaches to counterterrorism. Over the past week, Beijing has neither condemned Pakistan’s support for terrorism, nor criticized India’s response to the terrorist attacks.

How China approaches the situation in the coming weeks will also be important. On February 27, the United States, United Kingdom, and France introduced a proposal at the United Nations to designate Masood Azhar, the leader of the terrorist group that carried out the February 14 attack, Jaish-e-Mohammed (JeM), as a global terrorist. China has previously blocked such proposals in order to shield Pakistan from international opprobrium.

Whether China blocks the designation again will be a major test of Beijing’s sincerity in fighting international terrorism, even if it means embarrassing its ally in Islamabad. The contours of China’s continued diplomatic engagement will also be important. Pakistan has said China intends to deploy a special envoy to Islamabad and New Delhi to address continued tensions, but a Chinese spokesman demurred when asked to confirm the announcement.

The India-Pakistan crisis has provided a testing ground for China’s role as a regional and global leader on crisis management. Beijing is actively trying to cultivate its role as a regional and global leader, especially on diplomacy, economics, and development. Foreign Minister Wang told Chinese diplomats in January that Beijing would “continue to present Chinese proposals and solutions, strive to play a bigger role and make greater contributions to resolving regional and international hotspots.” Wang’s comment reaffirmed recent authoritative policy statements from party leadership, including Chinese President Xi Jinping.

The current crisis between India and Pakistan has provided an opportunity for China to play the type of crisis management role that would be expected from a major power. To date, China’s response has been responsible and measured, but Beijing has not demonstrated the desire or capability to take on a decisive leadership role in de-escalating the crisis, a job that has fallen to Pakistan’s other backers, including Saudi Arabia.

It is also notable that the Shanghai Cooperation Organization (SCO), presumably the regional institution that would help diffuse a crisis like this, was nowhere to be seen. (It fell to Russia to suggest the SCO’s counterterrorism process as a possible venue for dealing with JeM.) Now that India and Pakistan both have membership in the SCO, ongoing tensions between the two countries may further weaken the Chinese-led organization’s ability to address key security issues in the region.

If Beijing hopes to be a more effective leader in South Asia crisis management, it would benefit from a more consistent approach to countering militant groups and additional pressure on Pakistan to cease support for extremism. But in order to carry out such a clampdown on terror, China would need to stop looking the other way as Pakistan backs militant groups as a means of gaining strategic leverage vis-à-vis India.

More broadly, China could spearhead a more comprehensive dispute resolution process between India and Pakistan. But China would face challenges in doing so given that Beijing is party to the territorial disputes and India opposes third-party intervention. Even as the current crisis abates, underlying regional disputes in South Asia persist. 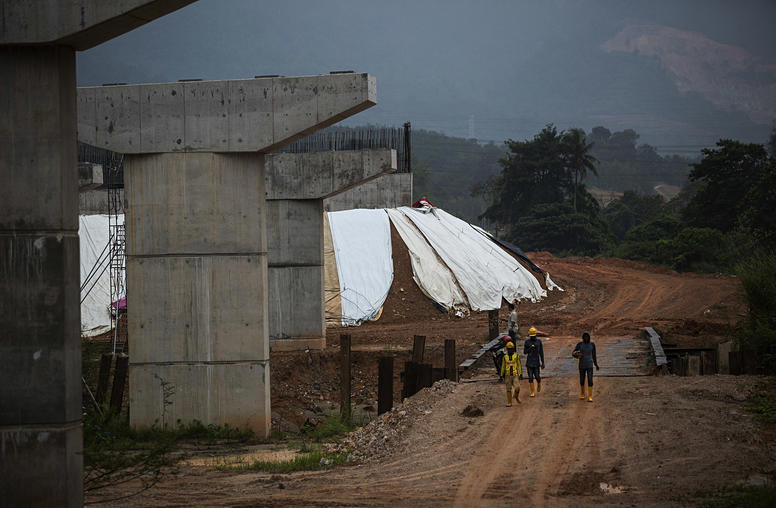