Ten years ago this week, 10 members of Lashkar-e-Taiba—a Pakistan-based terrorist organization—carried out a series of coordinated attacks in Mumbai. Moeed Yusuf explains how the attacks derailed the most promising peace process India and Pakistan had ever managed and how U.S. mediation was critical to averting war in South Asia in the aftermath of “India’s 9/11.”

Tim Farley:    Next week we are marking the anniversary of something that happened. That's the 10th anniversary of the attacks in Mumbai in 2008. At the time, Robert Wood was the Deputy State Department spokesman, said the US was consulting with nations to find out who was responsible.

Robert Wood:    This is a discussion that we have quite often with other countries, about how we can deal with the terrorist phenomenon around the world. And so, we do work with the United Nations. We work with the European Union, with other players to try to see what we can do to stamp out extremism.

Tim Farley:    That was happening ten years ago. Let's talk about it in the context of today, what we have learned, what we have not yet learned in the aftermath, the aftershocks of that attack. Moeed Yusuf is assistant vice president for the Asia center at the United States Institute of Peace. The Twitter handle is @USIP and he joins. Moeed, welcome back. Thank you for being here today.

Moeed Yusuf:    Thanks for having me.

Tim Farley:    Refresh the memory of people who might have a vague recollection of what happened ten years ago. About what, exactly did take place? It was a highly coordinated massive attack. What happened that day?

Moeed Yusuf:    Essentially not day, but three days. This lasted three days. This is a terrorist group called Lashkar-e-Taiba, operators of which allegedly crossed over from Pakistan, got into Mumbai, the Indian financial capital, if you will. Twelve coordinated attacks at various locations around the city, including an iconic Taj Hotel, ultimately killing over 160 people, injuring over 300, including U.S. citizens, given that they targeted centers frequented by foreigners.

The Indian media dubbed this as "India's 9/11." It had sort of unprecedented scale of a coordinated terrorist attack in India. As I said, it lasted three days. Woefully inadequate Indian intelligence and then law enforcement response made it worse for them.

Moeed Yusuf:    So this is a group that essentially believes or fights for the freedom of quote unquote Indian Muslims in Kashmir. Kashmir is the disputed territory between India and Pakistan. It has been disputed since they were created in 1947. Both claim it and Lashkar-e-Taiba, essentially, argues that this is holy war, a religious war in which the Muslims in Kashmir, who are in majority the state, need to be, essentially, freed from Indian rule. In Kashmir, you have a sentiment that wants to drive towards independence. They've asked for autonomy for the longest period from the Indian state. So there are problems there. And this group, of course, takes it upon itself to use violence to hurt India, essentially. That's the agenda.

Tim Farley:    It does not seem that the relationship has warmed at all between Pakistan and India since that time.

Moeed Yusuf:    Well, that's the sad part, actually. Mumbai was really a watershed. On the day Mumbai happened, this was the end of a five year long peace process that India and Pakistan had followed. It was the most sort of advanced peace bid that they'd had in all their history. They had gotten very close to resolving a number of issues, including Kashmir.

Not only did that fall apart, but sadly, India-Pakistan relations have been very tense since. There have been terrorist attacks in India that India has blamed on Pakistan. Pakistan now blames India for using Afghan territory... Afghanistan to create trouble in Pakistan. No, their relationship has been terrible. There is no dialogue and there's not a single confidence-building measure on terrorism that they've concluded since Mumbai.

It begs the question, where do they stand today and, God forbid, something like this were to happen today, are they better or worse prepared to handle it?

Tim Farley:    Moeed Yusuf is with us, the assistant Vice President for the Asia Center of the United States Institute of Peace. It also seems to me, Moeed, that whenever the U.S. wants to get involved in this somehow, if they are seen as favoring India, it immediately is taken by the Pakistanis as a threat and if they do anything that seems to lean towards Pakistan, then India considers that a threat. The United States, almost, cannot win in taking sides on anything between these two countries.

Moeed Yusuf:    That's true. That's sort of the mediator's dilemma, if you will, yet ... I've done a whole book on this earlier this year and I've talked on that on your program as well... The truth is that one of the key reasons these crisis between India and Pakistan in the wake of these kind of attacks did not escalate to a full-fledged war, was U.S. mediation. I mean, the U.S. played a critical role, along with other international actors, including some of the China's of the world, and others... to de-escalate tensions, basically by leveraging its influence over both countries and pressuring them to back off, and then promising them either concessions or threatening costs if they didn't listen.

Yes, you're right that both sides would actually blame the U.S. for tilting towards their opponent, but they also recognize they don't want to fight a nuclear war. They recognize that they don't have direct mechanisms to end crisis, even if they do, to start them and that's when the U.S. has been absolutely crucial in the past.

Tim Farley:    Also, in the context of what the president has tweeted recently, I'd love to get your take and, of course, that this ten year anniversary, the U.S. and the relationship with Pakistan, the President is saying that he was going to cut off aid to Pakistan, saying on Twitter that they are not doing a damn thing for us. He also said in the interview with Fox News that you could talk about Osama bin Laden and Pakistan as proof.

Meanwhile, Imran Khan, who is the prime minister, had fired back saying that the president needs to be informed about historical facts. Is this being made more of than it is, or is this two individuals who don't see eye to eye? Give us some context on that.

In that space, quite frankly, my argument and my view on this is the next six months are crucial for Afghanistan. For peace in Afghanistan, I think, for the sake of peace in Afghanistan, we need to forget the past for a bit. We need to forget who did what and who didn't do what, on both sides. And ultimately focus on the goal, which is resolving the Afghanistan conflict. Anything that comes in the way of it, whether that's Twitter or Facebook or anything else, I think would be a distraction.

Tim Farley:    Well, yes, I appreciate the perspective, as always. Thank you for joining us today and Happy Thanksgiving to you.

Tim Farley:    Moeed Yusuf is assistant Vice President for the Asia Center at the United States Institute of Peace, looking back ten years ago. The attacks on Mumbai and what we learned and didn't learn. Sadly, as he says, many questions still remain and there are no good answers to some of the challenges that were posed by that attack. That said, he would like to see us move forward and maybe the president could back off a little bit on the attacks on Pakistan, because if they agree with the U.S. on Afghanistan, that may help resolve that particular issue. By the way, Moeed is tweeting at @USIP. 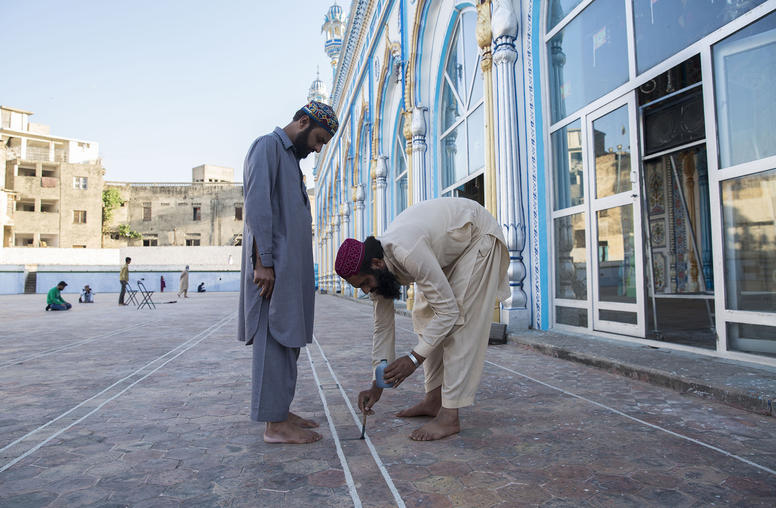 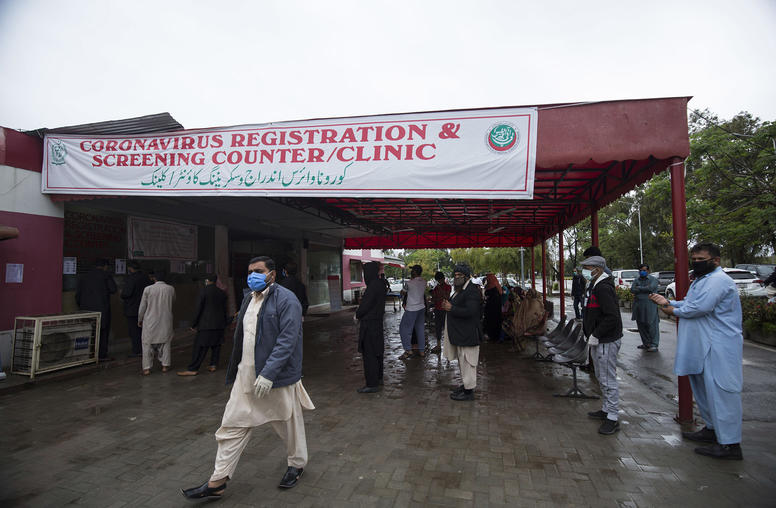 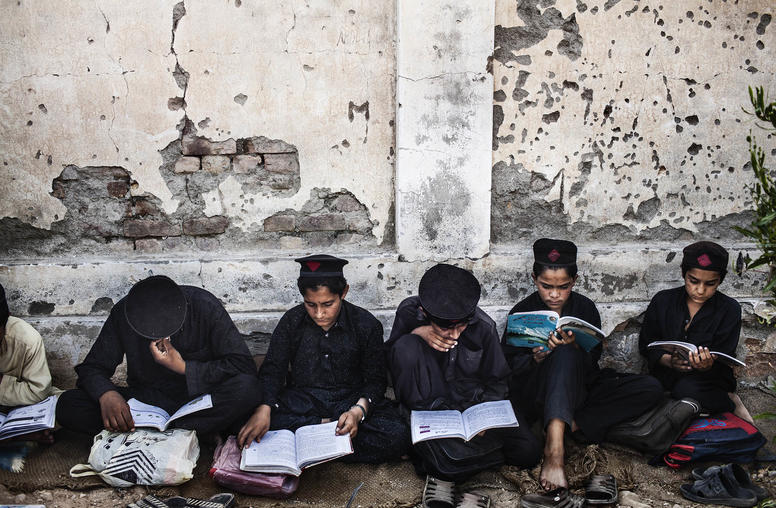