The Rev. Billy Graham, who died Wednesday, was never one to remain bound by borders. His religious faith was both the engine that drove him personally, and the portal through which he touched and swayed millions of people. Graham’s legacy on matters of violent conflict, and the social injustices that underlie them, is deeply mixed—and human. But his six-decade career shows us the unremitting power of religious faith to influence people’s attitudes and actions. And at key moments, Graham’s career showed how religious leaders can promote peace.

One of those moments came in 1973. Graham had preached in dozens of countries and had been invited repeatedly to South Africa—but had refused to conduct his mass-audience “crusades” as long as that country’s apartheid regime prevented him from speaking to a racially integrated audience. Finally given that permission, Graham drew an estimated total of 100,000 people in Durban and Johannesburg. He underscored that Jesus was not a white man, but likely a brown one, and that “Christianity is not a white man’s religion.”

Graham’s message was a direct challenge to a political system that claimed Christian legitimacy for white-supremacist rule. Apartheid would not fall for another 17 years. But in a moment when that unjust and violent machine still seemed an invincible Goliath, Graham had provided one of the many stones that would bring it down.

Almost 30 years later, following the terrorist attacks of September 11th, Graham would convey a similar message at the National Cathedral. To a nation facing a surge of religious and anti-Muslim tensions, he said, “God cares for us, whatever our ethnic, religious or political background may be.”

These acts by Graham, like so much in his career, reflect what peacebuilders have found worldwide—that religious leaders can be our most powerful voices for the basic human dignity that must underlie any struggle against injustice and war. Religious leadership can draw on powerful language and ritual to offer prophetic critique and to bring people together across divides.

It is a mark of Graham’s towering influence that he inevitably sparks a public discussion of his legacy. His critics note that Graham, a son of North Carolina, did not frontally challenge racial apartheid in his own country, like the Rev. Martin Luther King or Rabbi Abraham Heschel did. Others point to the ways in which his evangelistic activities overseas, and those of his followers, sometimes exacerbated conflicts between local religious communities.

But Graham was, if anything, humble in acknowledging his all-too-human limitations. Even when lionized for his influence and the relationships he built with the powerful, notably with U.S. presidents, Graham remained modest. He was never a self-aggrandizer.

And Graham was effective in energizing an American evangelical global engagement. In places like North Korea and the Soviet Union, his ability to speak to and for Christian communities facing persecution or violence brought them strength and hope. One need not look hard to see the causal relationship between the person of Billy Graham and the work of American evangelicals in recent decades to promote religious freedom, advance peace negotiations in Sudan’s civil war, and bring attention to the scourge of human trafficking.

As much as we all may draw inspiration from our religious faiths and our most courageous leaders, simple human reality requires us always to remain selective. Our saints and martyrs are all imperfect, as are the religious traditions they represent. We should be grateful for the model of commitment and humility that the Rev. Billy Graham offers us, and for his reminder of how powerfully spiritual faith can move not just the human heart, but the entire world.

May Graham’s work — to connect people of faith, to proclaim a God who loves all souls equally, and to encourage unity in the face of suffering — continue to inspire all of us to cross borders for the causes of hope and peace.

Susan Hayward is a senior advisor at the U.S. Institute of Peace and an ordained minister in the United Church of Christ. 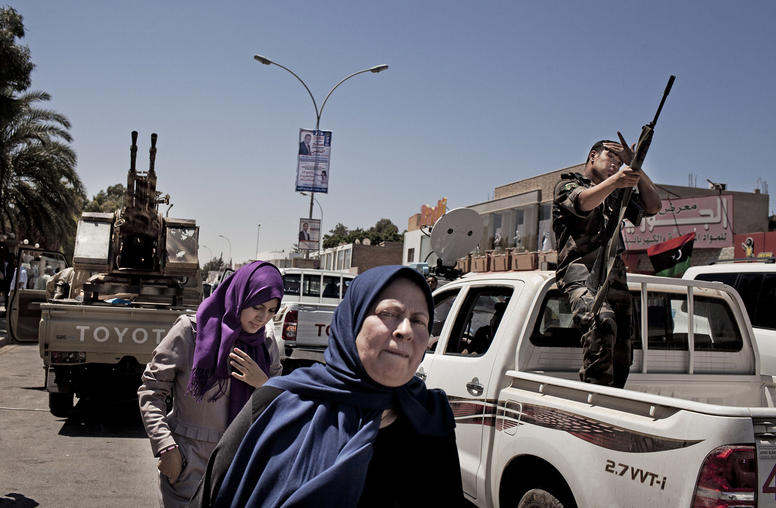 As Libya struggles to end an armed conflict that has only widened this year, it should turn to a hidden resource: the traditional peacemaking roles of its women. As in many countries facing warfare, women have long played a key role in negotiating or mediating conflicts within families, clans and local communities—but are overlooked by official institutions and peace processes. Amid Libya’s crisis, one such “hidden” peacemaker is Aisha al-Bakoush, a hospital nursing director who has expanded her healing mission from medical illnesses to armed conflict. 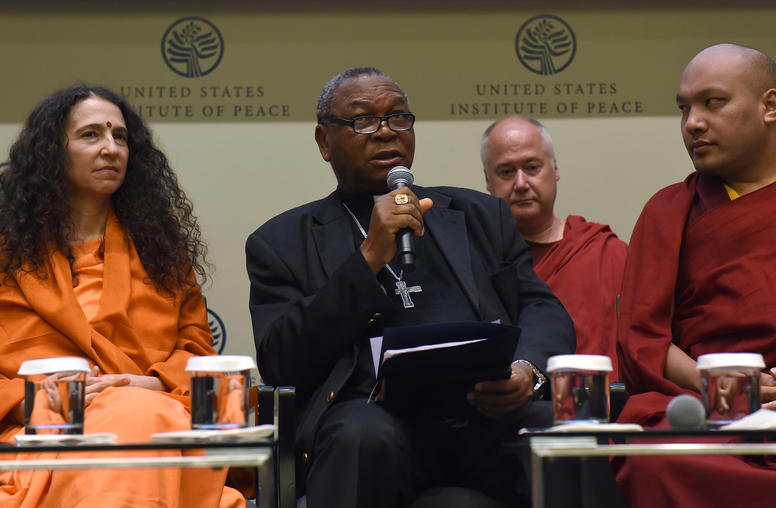