China, in seeking to protect its projects and people in Africa, is boosting its military engagement on the continent, supporting multilateral peacekeeping operations and national forces that help improve overall stability. China’s first overseas military base in Djibouti—which a senior U.S. commander said this week creates “operational concerns” in the area—is only the latest and most visible indicator of the country’s stepped up security presence in Africa.

China currently deploys more than 2,000 troops to support United Nations peacekeeping missions in Africa, including sending soldiers to Mali in 2013 and to South Sudan in 2014. The following year, China pledged $100 million for the African Union to create a rapid response force. It also provides the African Union and national militaries with security assistance that includes arms sales, intelligence sharing, training of African security professionals, technology cooperation and joint exercises.

This growing engagement in military and security affairs departs from China’s preferred strategy of “peace through development,” which seeks to promote stability by focusing on economic development and the root causes of conflict such as unemployment and poverty.

The “economics first” approach has allowed China to emphasize opportunities that benefit Chinese companies, to trade economic assistance for diplomatic recognition as the sole legitimate government of China, and to sustain its principle of “non-interference” in the internal affairs of another state. To support these goals, China provides concessional loans, infrastructure investment, trade, and start-up capital and financing to boost growth throughout Africa.

Deepening involvement on the continent, however, leaves Chinese investments and nationals exposed to attacks by insurgents, terrorists, disgruntled local communities and other armed groups. Consequently, China is starting to turn to hard power.

Nigeria offers an example. China has provided the West African state with military hardware and technology, as well as trainers and information from satellites and intelligence services. Armed CH-3 drones built by the Chinese military are in use over Nigeria.

Behind the support: China and Nigeria signed $80 billion in oil and gas infrastructure agreements in 2016, and China pledged another $40 billion in investment in January. Last week, China promised another $5 billion to support infrastructure projects in Nigeria, but also asked Nigeria to downgrade Taiwan’s trade mission to a trade agency and move the office from the political capital Abuja to the commercial center Lagos.

China’s response to threats in northern Nigeria has militarized what should be “a more holistic approach to the root causes of terrorism,” Raymond Gilpin, dean at the Africa Center for Strategic Studies at the National Defense University, said at a March 22 event at the U.S. Institute of Peace.

Regardless, China is sending an unmistakable signal about its future plans for Africa. Economics may still be first, but that’s no longer the only tool the Chinese are ready and able to employ. 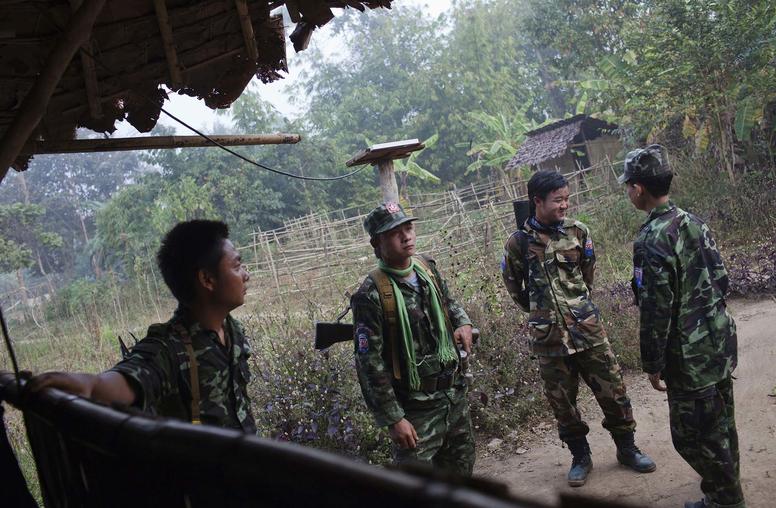 Myanmar authorities, alarmed by the surging growth of autonomous zones where criminal interests operate under the protection of domestic militias, are moving to curb the influence of Chinese transnational crime groups in those areas and impose the rule of law.

Home to about 2 billion people, South Asia has become a strategic focal point for China’s growing global influence. USIP’s Jacob Stokes says to properly counterbalance Beijing in the region, the United States should focus “less about responding to China … and more engaging with the states of South Asia.”