Last month, police arrested 25 people for allegedly planning synchronized terrorist attacks in Kosovo and Albania, including against the Israeli national soccer team and its fans during a match. Authorities said the foiled attacks had been ordered and coordinated by ISIS commanders from Kosovo fighting in Syria and Iraq. The case underscores the accelerating risk for terror attacks outside Iraq and Syria, as ISIS loses ground, its foreign fighters return home or fresh recruits get stuck in their countries of origin. New USIP research outlines why such countries of origin, like Kosovo, urgently need not only security but also community programs that address the grievances fueling extremism, promote tolerance across sectarian and ethnic divides and help reintegrate those who return to the fold.

Narratives of religious militancy resonate profoundly with vulnerable youth across the world, but especially in already politically and economically fragile environments such as some parts of the Western Balkans. Kosovo now is home to one of the highest rates, per capita, of individuals who have traveled to Iraq and Syria to support ISIS and Jabhat Fate al Sham, formerly known as al-Nusra Front. In addition to those who seek to join these terrorist organizations, many more have found affinity with the ideas of extremism and support actions that are fracturing already fragile societies. A new USIP Special Report, entitled “Dynamics of Radicalization and Violent Extremism in Kosovo,” analyzes the trend to answer the question of why this country has been so vulnerable to religious extremism and what might be done about it.

The shop owners had covered the eyes of the mannequins in their windows with pieces of cloth, masking tape or, in one case, aluminum foil.

I traveled to Kosovo in June with the researcher, Adrian Shtuni, to learn more about the cultural and historic backdrop of this trend in what is the country of origin for 19 of those arrested last month. The signs of religious extremism were visible in the heart of the capital Pristina. Three blocks from our hotel, tucked behind a main street filled with coffee bars and trendy clothing stores, was a small side street with a row of shops selling women's hijabs, the head covering worn by some Muslim women that leaves the face exposed. But the shop owners had covered the eyes of the mannequins in their windows with pieces of cloth, masking tape or, in one case, aluminum foil. It was jarring to see the depiction of women immobilized and blinded, in a country that was birthed less than a decade ago with an explicit commitment to pluralism and democracy after the cessation of the Balkan wars.

Signs of Albanian nationalism were also ubiquitous. Rarely was there a flag of Kosovo without a twin flag of Albania. Yet, the six stars of the Kosovo flag are meant as an acknowledgment of the multicultural character of Kosovo and represent the six ethnic groups represented in this small country – Albanians, Bosniaks, Serbs, Romani, Turks and the Gorani. Vendors openly sold t-shirts and memorabilia that depicted a "greater Albania" extending across the border into Greece and other neighboring Balkan countries.  Other street vendors hawked anti-Semitic literature.

Identity is complicated, fragile and mutable in Kosovo, and efforts to cultivate a sense of civic and national pride are challenged not only by the perceptions of many that the still-maturing political system is mired in corruption and has failed to deliver on its promises, but also by the pervasive ethnic and sectarian divisions.

Young people also struggle with the lingering legacy of the war and the history of the conflict in the Balkans. Memories of and exposure to the violence and the shame of war rape, have left emotional scars and divided communities and families. Kosovans still carry the experience of social and political discrimination and marginalization under Slobodan Milosevic’s Yugoslavia, and the country, despite massive Western support, remains one of the poorest and least-developed in the region.

Tapping Into Feelings of Frustration, Vengeance

Extremist groups have taken advantage of these vulnerabilities, and tapped into feelings of shame, frustration, vengeance, conflicting identities and the need to be part of something meaningful and successful.

The proliferation of Salafi mosques and schools in the region over the past decade is an important part of this dynamic. Their influence and promotion of ideas of religious supremacy have seeded the ground for violent groups, according to news accounts. ISIS has conducted very aggressive recruitment in the Balkans, tapping former fighters from the Kosovan war, but also a new generation of recruits who were eager to support the ideas of and plans for an Islamic State.

The Kosovan government has implemented a strong counter-terrorism response to the threat of violent extremism. New counter-terrorism legislation was introduced in 2015. A number of Salafi mosques and faith-based non-governmental organizations were shut down and border security has been bolstered.

What has been missing from this response, however, has been an investment in prevention, and efforts to address the factors that have made individuals vulnerable to the appeal of violent extremism.  Thwarting travel to Iraq and Syria and disrupting recruitment will have limited impact if the conditions that enable and encourage radicalization are not addressed. Effective community programs are desperately needed to address the grievances that fuel these ideas and build relationships that promote tolerance across sects and ethnicities.

There is now a new and more complicated aspect to this challenge—managing the return of those who travelled to Iraq and Syria to support or participate in the violence. According to official government sources, more than 37 percent of Kosovans who travelled to Iraq and Syria have returned home. Many have done so as defectors from the movement and have returned with a sense of disillusionment, disappointment and/or trauma. Many were not ready for war, or found that the experience did not meet their expectations.

Certainly, some who have returned or never managed to go remain committed to violent action and extremist beliefs, and authorities face great challenges in effectively identifying and managing this potential threat, while also allowing for opportunities for rehabilitation and successful reintegration back into society. But in addition to effective criminal justice responses, successful reintegration programs post-detention are crucial to preventing recidivism among “formers” and mitigating further radicalization among youth.

Kosovo is at a critical juncture in its growth as a democratic state, and the influence of violent extremist groups has shaken its trajectory and undermined the values of pluralism, tolerance and peace.  Understanding these dynamics, and addressing them frankly and constructively, is critical. 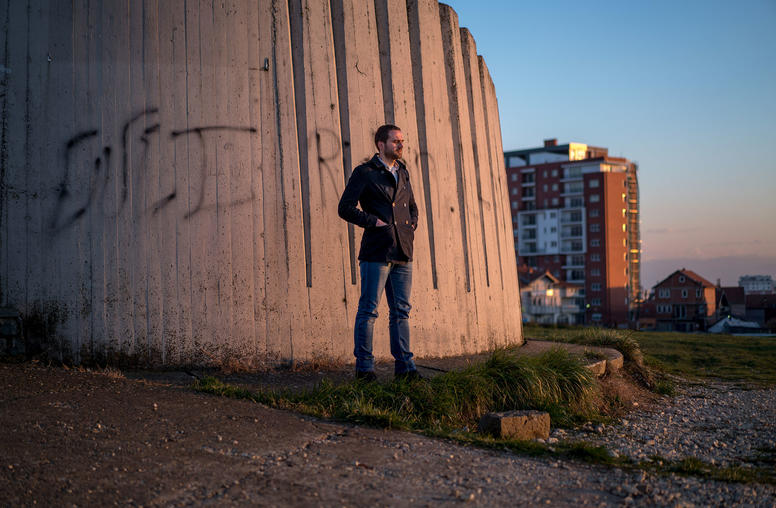