Over the last two decades, a shifting international order and the resurgence of strategic competition among powerful states has raised the potential for geopolitical rivalries to spur and worsen violence. Rising competition between the United States and China has exacerbated tensions over longstanding potential flashpoints between the two countries. China’s expanding international presence has extended into conflict zones and fragile states of strategic interest to the United States. From instability in neighboring countries such as Myanmar to more distant conflicts in Africa, China’s growing influence has a substantial impact on local, regional and international conflict dynamics. Beijing is also actively working to revise global governance institutions and norms to make them compatible with its authoritarian political model.

Frictions between the United States and China have reduced the space for cooperation and increased the risk of conflict between the two countries. Updating institutions and systems for cooperation among the United States and like-minded partners, and where possible, with competitors like China, could help stabilize the international system, avert and de-escalate the risks of possible conflict, and tackle transnational challenges such as nuclear proliferation, organized crime, climate change and infectious diseases.

Through bipartisan convenings, policy dialogues, coordination with allies and partners, and independent research and analysis, USIP recommends options to peacefully manage strategic competition between the United States and China. The Institute’s work on China has two primary objectives: averting crisis or conflict between the United States and China and mitigating the potential for violence in countries and regions where China is extending its influence.

Averting Crisis or Conflict with China

Amid heightened mistrust and geopolitical competition, USIP assesses and, where possible, helps to mitigate the risk of crisis or conflict between the United States and China. The Institute identifies strategies for deterrence, de-escalation and crisis management and helps policymakers shape approaches for peacefully managing this competition. USIP also provides recommendations for ways the United States can work with allies and partners to shape the strategic environment in which China operates.

Mitigating China’s Impact on Conflict around the World: As China grows more engaged around the globe, its actions have both direct and indirect effects on conflict dynamics and efforts to manage violence. USIP offers evidence-based analysis of China’s activities and strategic objectives, as well as the risk that China’s actions could spark or exacerbate conflict.

USIP brings together senior officials and other experts from the United States, China and around the world to discuss China’s growing influence on international peace and security. In these private and ongoing discussions, some of which have been underway for more than a decade, USIP provides a forum for key stakeholders to share candid views and explore new policy ideas in an unofficial setting.

USIP conducts research and analysis that examines key dynamics in the U.S.-China relationship and China’s foreign policy. Recent projects have assessed China’s bilateral and multilateral diplomacy in crucial states and regions, as well as China’s growing participation in U.N. peacekeeping operations and China’s new proposal for a Global Security Initiative. The Institute also supports research on the execution and impact of China’s major investment projects in conflict-affected areas, including the Belt and Road Initiative and its components, and Beijing’s evolving approaches to mediation processes, development and humanitarian assistance, digital governance, public health diplomacy, and post-conflict reconstruction.

USIP convenes and supports partners from around the world to identify creative and concrete actions that both governments and civil society might take to reduce violence and increase transparency around China’s overseas engagement. USIP also works with allies and partners, particularly in Asia and Europe, to promote conflict prevention, crisis communications mechanisms, conflict management and peacebuilding.

USIP leads a series of bipartisan, expert-level working groups that examine China’s role in specific conflicts around the world. These reports offer new insights into China’s presence and impact in various countries and regions such as Myanmar, North Korea, the Red Sea arena, South Asia and the Pacific Islands and generate recommendations for ways the U.S. government and other key stakeholders may more effectively promote peace and stability in places where China’s influence is growing. 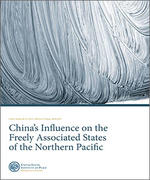 USIP’s fifth bipartisan Senior Study Group on China examined China’s influence in the Pacific Islands. The SSG assessed how China’s growing presence is affecting political, economic and security trends in the region, and generated recommendations for the U.S. government and other key stakeholders to protect U.S. interests and maintain peace and security in the Pacific.