"John Lewis believed in peace as both an aspiration and an action," said USIP President and CEO Nancy Lindborg. "His dedication to nonviolence and his unflinching leadership on civil and human rights will guide future generations, and his legacy will be carried on by the countless lives he touched. USIP will continue to champion his treasured ideals of nonviolence as we educate and train future peacebuilders."

As a leader of the 1960s civil rights movement, Lewis was a voice of moral clarity in the face of near constant abuse and violence, helping to usher in a new era in the struggle for equality in America. As a member of Congress, Lewis brought his formidable spirit to the halls of the U.S. Capitol and helped guide our nation closer to the full achievement of our founding principles.

"For so many of us who came of age during the civil rights movement, John Lewis was a constant source of inspiration and encouragement," said USIP Vice Chair George Moose. "His example of courage and decency will continue to inspire people all over the world."

The son of sharecroppers, John Robert Lewis was born in Troy, Alabama in 1940. After high school, Lewis moved to Nashville and studied the philosophy and discipline of nonviolence, drawing from the work of Gandhi and Henry David Thoreau, among others.

While in Nashville, Lewis participated in the sit-in protests that forced the desegregation of the city’s lunch counters. In 1960, Lewis was a member of the original Freedom Riders, a group of 13 individuals—half Black, half white—that traveled together from Washington, D.C. to protest segregation on interstate bussing; a practice that had been deemed unconstitutional but was still prominent in southern states. Facing arrest and violence, Lewis said he feared for his life—but never abandoned his dedication to nonviolence and peace.

After his work in Nashville and with the Freedom Riders, Lewis quickly became a prominent leader of the burgeoning civil rights movement. He was named chair of the Student Nonviolent Coordinating Committee, where he organized voter registration drives and coordinated nonviolent protests for civil rights.

In 1963, at the age of 23, John Lewis became one of the "Big Six" civil rights leaders responsible for the March on Washington, where he gave a keynote address on the steps of the Lincoln Memorial alongside Martin Luther King Jr. In 1965, during a march in Selma, Alabama, Lewis was beaten unconscious by police as part of what became known as "Bloody Sunday." Despite the violent crackdown by police, Lewis and others refused to fight back, and the shocking images of Lewis and others being beaten by police spurred action on the Civil Rights Act of 1965.

Looking back on his time in the civil rights movement, Lewis recalled the importance of nonviolence. "The movement created what I like to call a nonviolent revolution," he said. "It was love at its best. It’s one of the highest forms of love. That you beat me, you arrest me, you take me to jail, you almost kill me, but in spite of that, I’m going to still love you."

The Conscience of Congress

Lewis was appointed to a position in the administration of President Jimmy Carter in 1977, where he led ACTION—the federal volunteer agency, which included the Peace Corps and VISTA programs. In 1981, Lewis was elected to the Atlanta City Council, where he fought for higher ethical standards in government and for neighborhood preservation.

In 1986, Lewis was elected to the U.S. House of Representatives representing Georgia’s 5th District and held the seat for 33 years until his passing, building one of the most influential congressional careers in U.S. history.

Holding fast to his belief in nonviolence, Lewis won the respect and admiration of his fellow members of Congress on both sides of the aisle. He became known as the "Conscience of Congress," offering a moral vision for a world built on equality, justice, and dignity.

Every year, Rep. Lewis led a congressional delegation back to the Edmund Pettus Bridge, the site of the Selma march, saying, "And it’s my hope that, when members of Congress come on trips and journeys and a pilgrimage, that they will learn something, that it will grow and will become better members and better human beings."

A Lasting Legacy of Peace

Despite over 40 arrests, numerous physical attacks, serious injuries, and several near-death experiences at the hands of others, John Lewis remained steadfast in his commitment to nonviolence. When talking about the struggle, he said, "We studied. We prepared ourselves. It’s just not something that is natural. You have to be taught the way of peace, the way of love, the way of nonviolence."

We studied. We prepared ourselves. It’s just not something that is natural. You have to be taught the way of peace, the way of love, the way of nonviolence.

In tandem with his dedication to nonviolence at home, John Lewis also believed in preventing violent conflict abroad. In 2006 and 2009, Lewis was arrested outside the embassy of Sudan for protesting the ongoing genocide in Darfur and the withholding of aid to refugees.

Lewis was "a proud supporter" of USIP. In a speech on the House floor, Lewis said, "USIP does good and great work by teaching people around the world to strive to create a society at peace with itself and its neighbors."

As a congressman, Lewis advocated for the value of the American investment in USIP’s work. He helped raise awareness about the Institute’s work in Congress and led an annual resolution on the International Day of Peace on September 21 each year. He also contributed his story of nonviolence resistance to a USIP compilation on the history of nonviolent action and Nonviolent Civil Resistance course. Additionally, Lewis sponsored USIP’s nonviolent civil resistance educational efforts to raise awareness about the strategies of nonviolence. He inspired students from around the country who participated in USIP’s essay contest and met with visiting fellows from countries of conflict.

"He was a dedicated public servant, a man of unwavering character, and a champion of America’s highest ideals," said USIP Chair Stephen J. Hadley. "We owe him a tremendous debt of gratitude for his longstanding support of the Institute and all he did to advance peace and justice in the world."

In 2011, Lewis received the Presidential Medal of Freedom from President Barack Obama, who said of Lewis: "And generations from now, when parents teach their children what is meant by courage, the story of John Lewis will come to mind—an American who knew that change could not wait for some other person or some other time; whose life is a lesson in the fierce urgency of now."

Despite the tragic loss of Lewis, his trailblazing spirit lives on. In his final days, Lewis bore witness to what may have been the largest protest movement for racial justice in U.S. history—a movement that advocates for the same values Lewis spent his life advancing. When asked how recent protests against police brutality and racism compared to the 1960s civil rights movement, Lewis said "It is so much more massive and all inclusive." He added, "There will be no turning back."

Lewis made clear that the country must move forward together: "If we are to build a society at peace with itself, we cannot sow seeds of hatred and division. Hate is too heavy a burden to bear, love is the only way."

John Lewis lived his life in pursuit of a better world. He leaves behind a legacy of unyielding dedication to the principles of nonviolence, peace, justice, and equality. USIP will continue to honor the faith and trust that Rep. Lewis placed in the Institute. 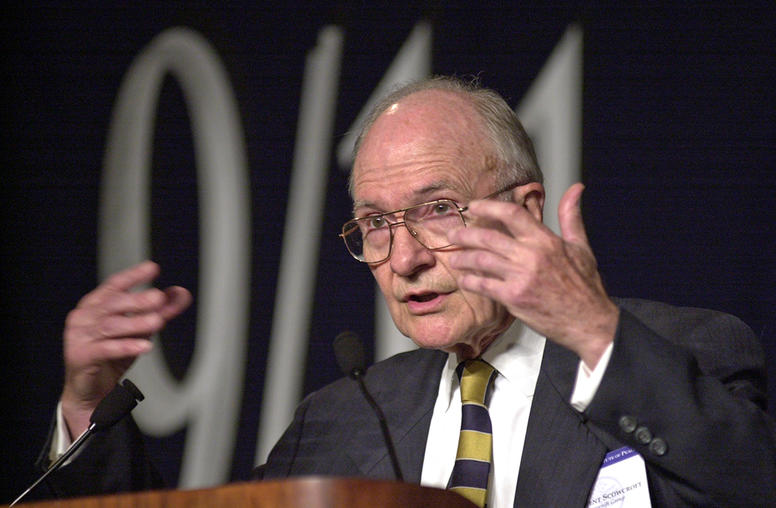 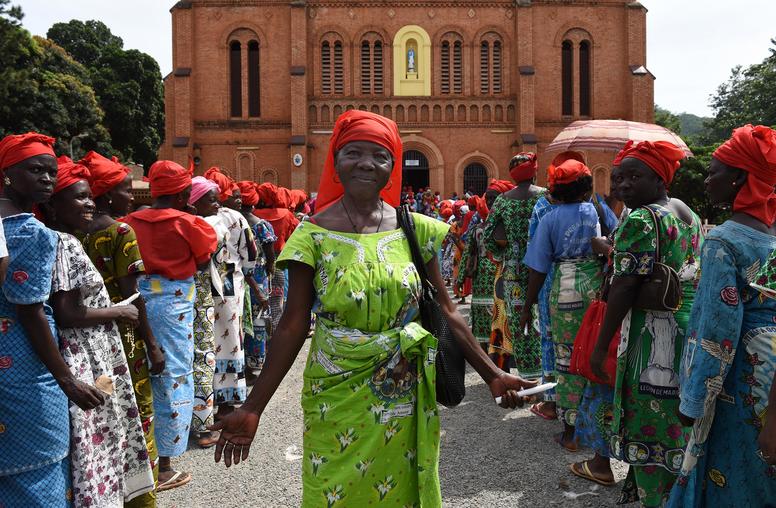 The U.S. Institute of Peace is pleased to announce that Jonas Lorincz—a junior from Marriotts Ridge High School in Marriottsville, Maryland—is the winner of the 2020 National High School Essay Contest.